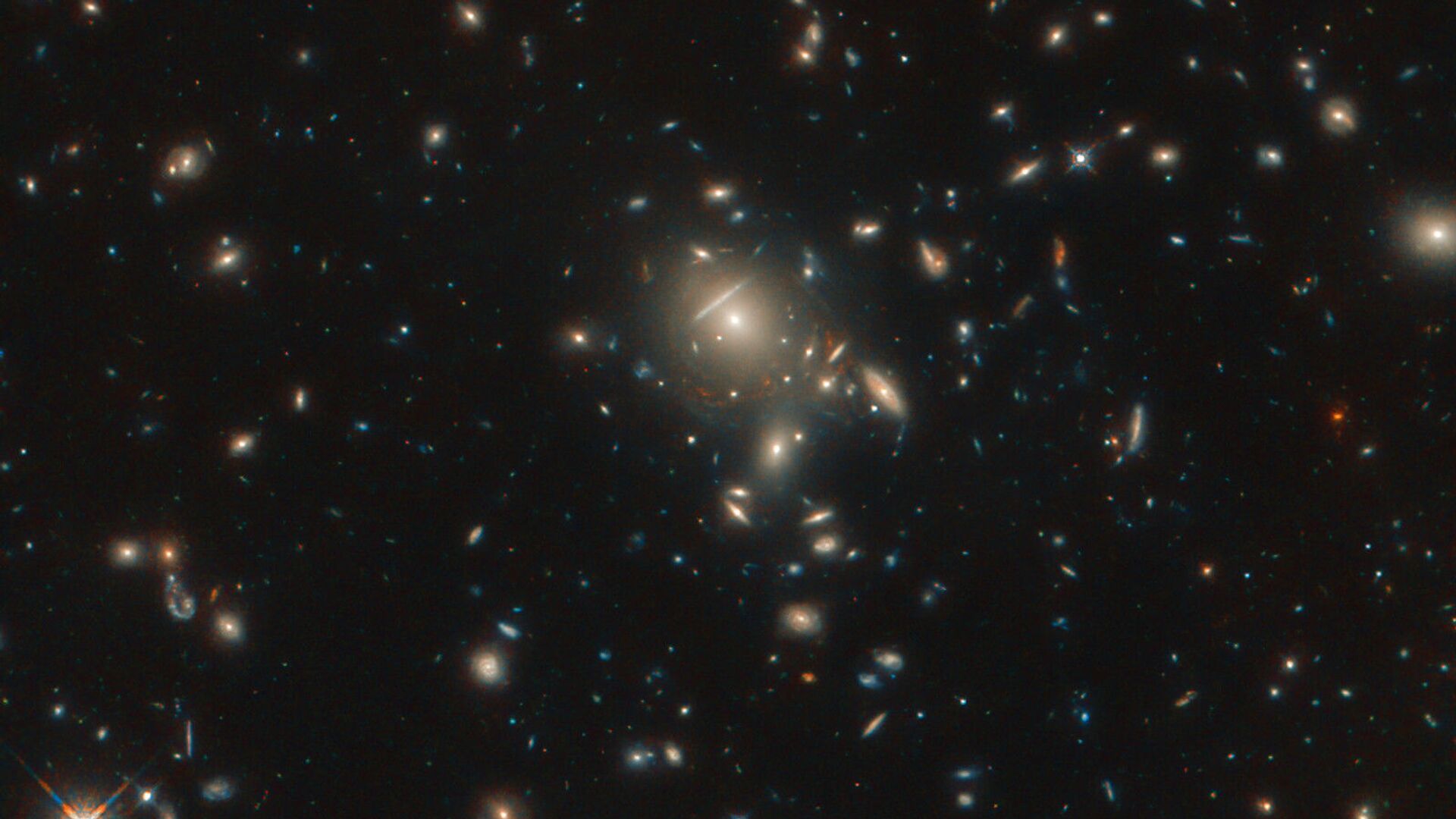 Svetlana Ekimenko
All materialsWrite to the author
The Australian Square Kilometre Array Pathfinder (ASKAP), a powerful telescope developed and operated by the country’s science agency CSIRO, became fully operational in February 2019 and has been conducting pilot surveys of the sky to map the structure and evolution of the Universe.

Recent research may hold the clue to an enigma that has been puzzling astronomers over the past few years.
A mysterious handful of huge, almost perfectly circular radio objects, located in a distant universe, are yet to be explained by science.

Now, a new one has been spotted and added to the list by a team of scientists, who posted their findings on 27 April to the preprint database arXiv. The research has since been accepted for publication in the Monthly Notices of the Royal Astronomical Society. This discovery may be the first step towards finally finding out what they are.

It all started after the Australian Square Kilometre Array Pathﬁnder (ASKAP), in Western Australia, became operational in 2019.

ASKAP is a telescope designed over a decade ago that scans the heavens in the radio part of the electromagnetic spectrum, and started producing pilot surveys of the night sky ahead of planned large-scale projects from 2021 onward.

The telescope uses a novel technology developed by Commonwealth Scientific and Industrial Research Organisation (CSIRO), which is a kind of a “radio camera”, consisting of 36 dish antennas.

ASKAP scientists were always keeping an eye out "for whatever is weird, whatever is new, and whatever looks like nothing else," according to Bärbel Koribalski, a galactic astronomer at CSIRO and Western Sydney University, Australia, cited by Live Science.

However, as attempt to observe them via telescopes in other wavelengths, the search failed to find anything. Thus, the team dubbed them “odd radio circles” (ORCs). Each of the ORCs had a galaxy sitting almost exactly in its centre. The entities were determined to be several billion light-years away, and potentially a few million light-years in diameter.

#Space: Astronomers are excellent at coming up with simple names for the most complex phenomena. Some strange ring-shaped objects recently discovered with #ASKAP (a radio telescope) have been called ORCs - Odd Radio Circles. Straight from the @neiltyson playbook! #RandomSpaceNews pic.twitter.com/odgkTWi7Gz

In their paper published last year, the team came up with 11 possible explanations as to what they could be, ranging from imaging glitches, warps in space-time (Einstein rings), or remnants from a supernova explosion. 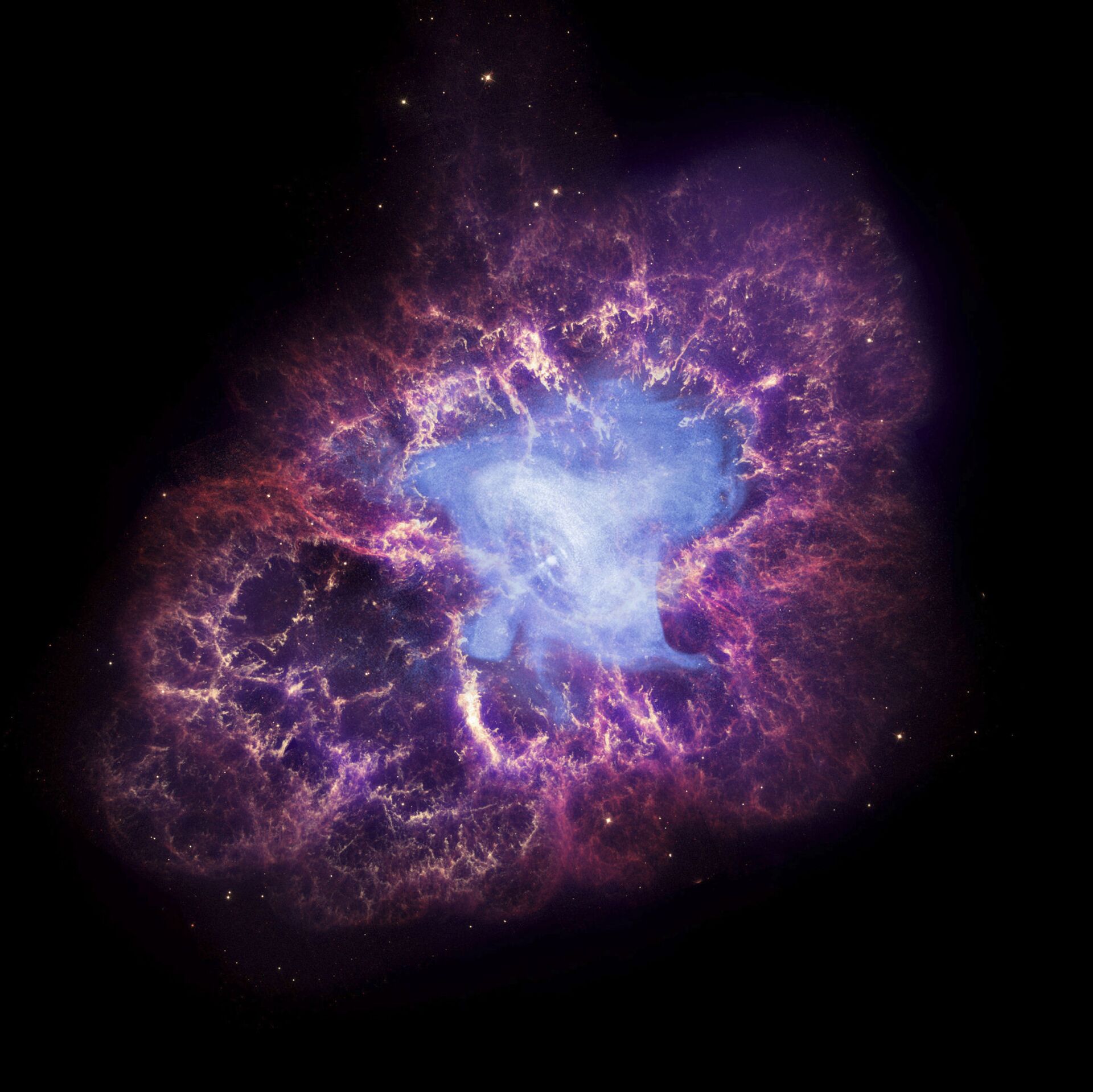 This composite image made available by NASA shows a neutron star, center, left behind by the explosion from the original star's death in the constellation Taurus, observed on Earth as the supernova of A.D. 1054. This image uses data from three of NASA's observatories: the Chandra X-ray image is shown in blue, the Hubble Space Telescope optical image is in red and yellow, and the Spitzer Space Telescope's infrared image is in purple. After nearly two decades in Earth orbit, scanning the universe with infrared eyes, ground controllers plan to put the faltering Spitzer Space Telescope into permanent hibernation on Thursday, Jan. 29, 2020
© AP Photo / Spitzer Space Telescope

After finding one more ORC since then, the team has narrowed their theories down to three potential explanations, according to Koribalski.

The first is that they may be additional galaxies forming a cluster near the object. Possibly, they bend bright material into a ring-like structure too faint to be picked up by current telescopes.

The second is that the supermassive black hole inside these galaxies is consuming gas and dust. This would result in cone-shape jets of particles and energy being produced.

There is also another more “exciting” explanation, in line with which some unknown, highly energetic event took place in the middle of these galaxies.

It might have generated a blast wave that travelled out as a sphere, thus producing the ring structure. Further telescope observations in other wavelengths are now required to help scientists unravel the mystery of what is going on.