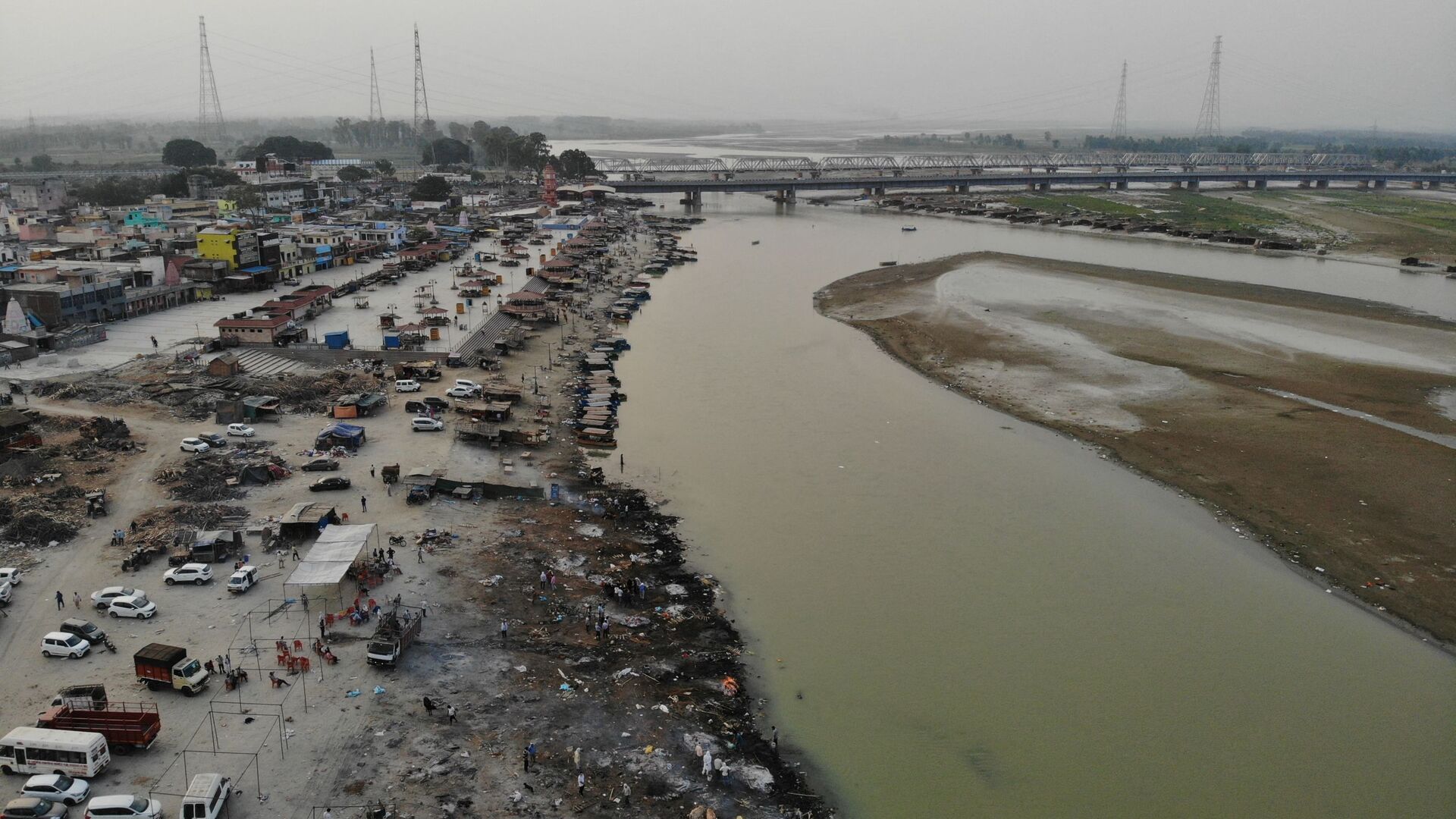 Advitya Bahl
All materialsWrite to the author
India has grappled with an exponential rise in COVID cases over the last month, prompting critics to target Prime Minister Narendra Modi for his government’s handling of the pandemic.

Panic has gripped several Indian states, as dozens of bodies thought to be those of Covid patients have washed ashore on the banks of the River Ganges.

In the last week, such bodies have been found in the Ghazipur and Ballia districts of Uttar Pradesh, as well as Buxar district in Bihar state. India's Madhya Pradesh has also reported similar incidents.

Fishermen, Fish, Stray Dogs and People Living in Villages Along Rivers Most Vulnerable

Environmental experts have stated that the disposal of corpses in rivers, especially the Ganges and its tributaries, is not new. However, the dumping of dead bodies is now especially problematic due to the ongoing pandemic.

“This is a matter of serious concern. Hundreds of bodies are being thrown into the rivers and these corpses are being eaten by carnivorous fish and stray dogs along the riverside. This raises a concern regarding the health of these animals," warns Vikrant Togad, an environmental conservationist.

He went on to say that the economy of fishing communities along the Ganges has been affected, as the new scare has kept people in the region from purchasing fish for the past week, and that locals, wildlife, pets and livestock all face the threat of infection.

The Ganges is considered sacred according to Hindu tradition, and for thousands of locals, river ablutions are a daily ritual.  According to the Indian government, there are around 4,500 cities and villages on the banks of the Ganges River, which passes through several states.

Dr. B. D. Tripathi, a river expert, stated that the water in areas where these bodies have been found is no longer suitable for drinking or bathing.

"At the current situation, doctors are not letting people touch or even come in close contact of their loved ones who have died due to COVID and bodies are being sent directly for cremation. The COVID-19 infected bodies will surely have an impact on the river water. Water will carry the diseases along with it. The huge number of  bodies which are being traced will eventually make the treatment of this water impossible and lead to several diseases,” he said.

"All unidentified dead bodies/unclaimed corpses of suspected COVID victims should be properly disposed of in accordance with the COVID-19 safety protocol of Government of India Guidelines on COVID-19 Dead Body Management," the notice said.

It further directed the concerned officials to ensure strict vigilance along the length of the river within the territorial jurisdiction of the district to prevent future incidences of people dumping dead bodies in the river and its tributaries, and refrain from any other activities hazardous for the Ganges  and its tributaries, out of concern for the region's health and hygiene.

"Take necessary action to address the issue at the earliest and submit an Action Taken Report to NMCG within 14 (fourteen) days," NMCG added.

Meanwhile according to health experts, there is lack of clarity whether a dead body is capable of infecting someone with COVID-19. Many experts dismiss the possibility of a dead body posing a COVID-19 risk.