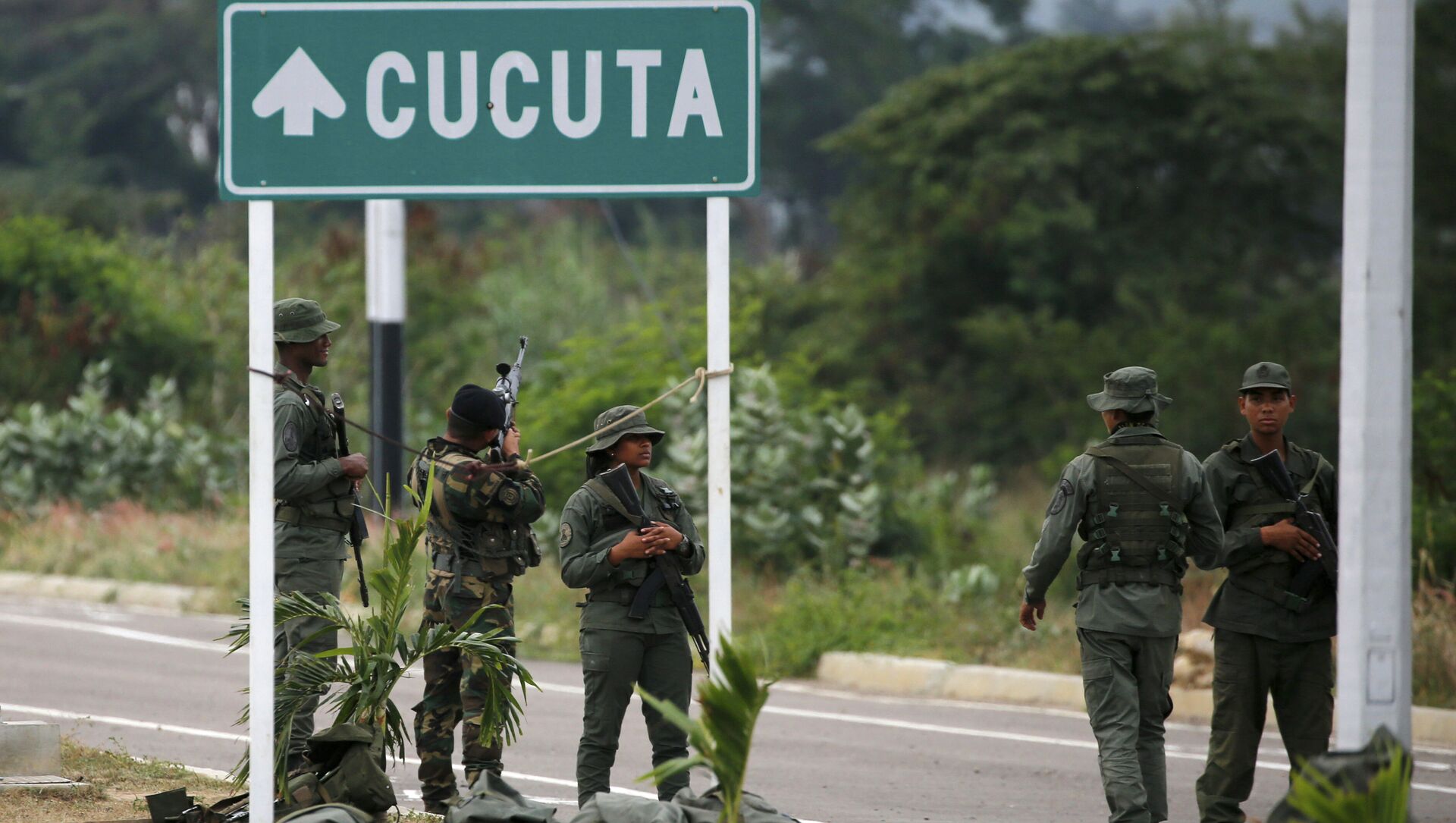 Ilya Tsukanov
All materialsWrite to the author
Diplomatic relations between Venezuela and Colombia have been strained for decades, with the two countries accusing one another of providing funding and support to insurgents or terrorists seeking to topple one another's government.

"Eight of our military professionals were captured during combat operations. We received evidence that they are alive. In response to this situation, we denounce the criminal kidnapping of these soldiers before the international community, unilateral bodies, human rights organisations, and demand that their captors, who are holding them illegally, preserve their lives and bodily integrity," Padrino said in a television address, his remarks cited by Sputnik Mundo.

Padrino said the troops were captured during an ongoing operation, which began in March, known as "Bolivarian Shield 2021" – with Venezuelan troops engaging irregular Colombinan armed forces in Apure state to curb drug trafficking, kidnapping, extortion, and other criminal activities in the border region.

The defence minister accused the militants of using "murderous and cowardly methods," including the planting of antipersonnel mines and the use of remotely detonated explosives, which he said has killed numerous Venezuelan soldiers and seriously injured others.

Padrino indicated that Caracas has made contact with the militants to ensure the captured troops' prompt release, and said that the authorities were coordinating with the Red Cross to serve as an intermediary. He promised the soldiers' families that the military would "spare no effort and exhaust all possible means to recover [the troops] safely."

The minister went on to blast the Colombian government for its alleged "inaction" and "acquiescence" to the gangs' actions, allowing them to carry out their crimes in the border area. "In this regard, some countries have already expressed their deep concern due to the regional instability that the armed violence employed by these criminal gangs can generate on the Colombian-Venezuelan border," he said.

Venezuela and Colombia share a 2,219 km-long border. In recent years, the border area has seen a regular buildup of troops on both sides. Clashes have broken out repeatedly between Venezuelan troops and Colombian smugglers and gangs on the Venezuelan side of the border. Meanwhile, Bogota has accused Caracas of allowing FARC guerrillas to use Venezuela as a safe haven.

Maduro Claims Terror Attacks Against Venezuela Being Plotted in Colombia, Spain
Colombian authorities have joined their US allies in supporting efforts by the Venezuelan opposition to overthrow the country's democratically elected government. In May 2020, a group of mercenaries based out of Colombia attempted to land in Venezuela by sea, kidnap President Nicolas Maduro, and take him to the US to face prosecution on trumped-up drug charges. The plot collapsed and eight mercenaries were killed, with over a dozen others, including two US nationals, who were captured and sentenced to decades of jail time.

Earlier this year, President Maduro alleged that terrorists were using strongholds in Colombia and Spain to prepare attacks against Venezuela.