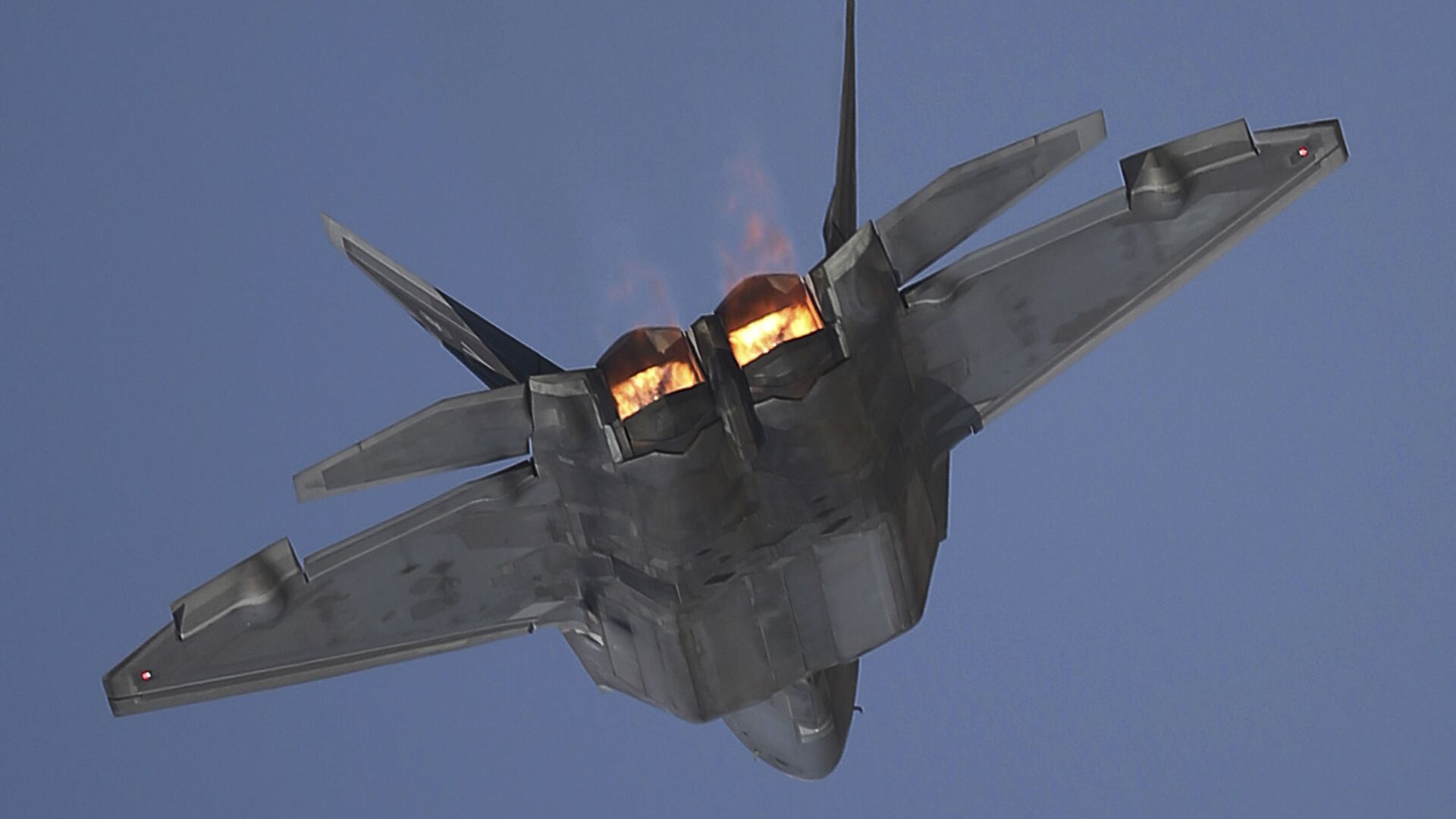 Ilya Tsukanov
All materialsWrite to the author
The $678 million-apiece fifth-generation F-22 was introduced in 2005, and has never been exported, ostensibly due to concerns about the leak of its advanced technology. The US jet’s deployments have been limited to escorting vintage 1950s Russian bombers, deploying at airbases in Eastern Europe and the Middle East, and flying sorties over Syria.

The US Air Force plans to retire its entire stock of Lockheed Martin F-22 Raptor fighters, with the aircraft to be replaced in part by a mystery plane, drone or drone plane being developed under the ‘Next Generation Air Dominance’ (NGAD) programme, Lieut. Gen. Clinton Hinote, Air Force deputy chief of staff for strategy, integration and requirements, has said.

“We don’t have to make that decision this year. What we’re going to want to see is, when do we press from the NGAD being a developmental programme to being a production programme?” Hinote said, speaking to DefenseNews.

The officer hinted that the changeover would take place sometime during the next decade. “By about the 2030 timeframe, you’re talking about a 40-year-old platform, and it’s just not going to be the right tool for the job, especially when we’re talking about defending our friends like Taiwan and Japan and the Philippines against a Chinese threat that grows and grows,” he said.

Hinote suggested that the F-22’s small numbers, the cost of operation, and increasingly advanced enemy air defences, on top of problems with supply of spare parts due to the disappearance of original equipment manufacturers, are all issues pushing the plane toward retirement.

For now though, the F-22 will be treated like a stopgap until the next-gen fighter comes online, Hinote added.

The comments follow remarks by Air Force chief of staff Gen. C.Q. Brown on Wednesday in which the commander revealed plans to phase out the F-22, leaving four fighter jet platforms in the US Air Force’s inventory: the Lockheed Martin F-35, the Boeing F-15EX, the Lockheed F-16 and the mysterious above-mentioned NGAD.

Hinote’s sentiments about the F-22 needing to be replaced because the plane will be “a 40-year-old platform” by the 2030s don’t square with Air Force plans to leave the F-15EX and F-16 in service. The former is an upgraded derivative of a 1980s jet design, and the F-16 has been in service since the 1970s. The latter planes, not the F-22, have been used most extensively in US military campaigns of the 2000s and 2010s, including the US and NATO aggression in Afghanistan, Iraq, Syria and Libya. In total, over 5,000 of the two legacy 4th generation fighter platforms have been built. 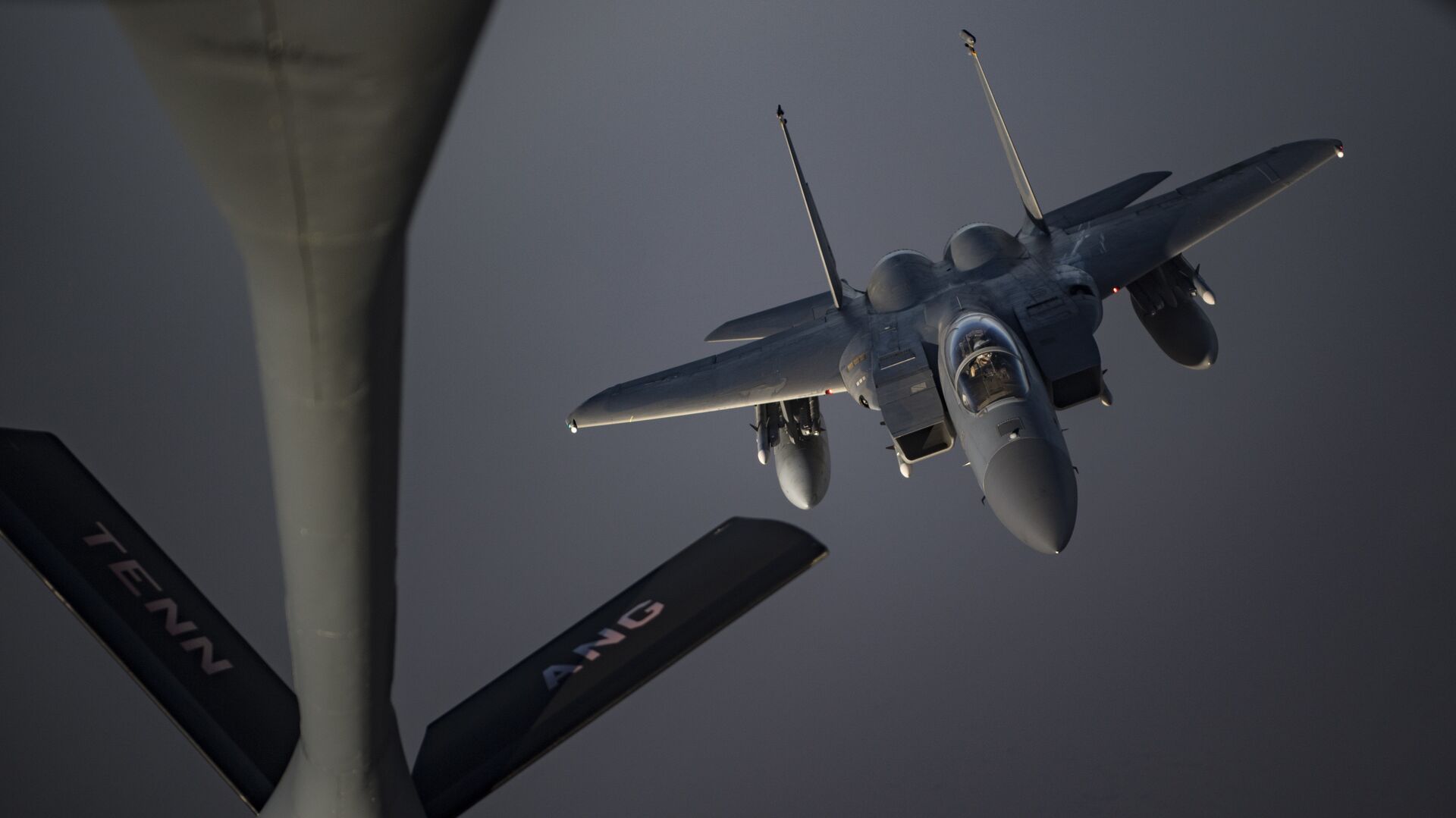 An Airman piloting an F-15C Eagle prepares to receive fuel from a KC-135 Stratotanker from the 28th Expeditionary Aerial Refueling Squadron, May 12, 2019, at an undisclosed location. The 28th EARS maintains constant presence in the U.S. Air Forces Central Command area of responsibility, supporting U.S. and Coalition aircraft in various operations conducted in Iraq, Syria, and Afghanistan.
© Senior Airman Keifer Bowes

By comparison, the Air Force maintains 186 operational F-22s, with their average age being just 12 years. The planes have a combined ‘lifecycle cost’ of $678 million per plane and, until the arrival of the F-35 and its unfathomable estimated $1.7 trillion total lifetime cost, they were deemed the most expensive planes ever built.

Despite their cost, the planes have never accomplished their primary mission: destroying an enemy plane in combat. They were first deployed in Alaska in 2007 to intercept Russian Tu-96MS and Tu-160s bombers flying over international waters. In 2012, several F-22s were deployed as a show of force near Iran. In 2014, small numbers of F-22s were deployed in Germany, Poland and Estonia on a rotating basis. The planes were used on a limited basis during the US-led coalition’s campaign against Daesh (ISIS)* in Syria in 2014-2015, dropping 270 bombs on 60 targets total. They then took part in US aggression in Syria in 2018 after the (since debunked) claims the Syrian government launched a chemical attack on its own people. In late 2017, F-22s carried out a single mission to bomb Taliban-controlled areas in Afghanistan. 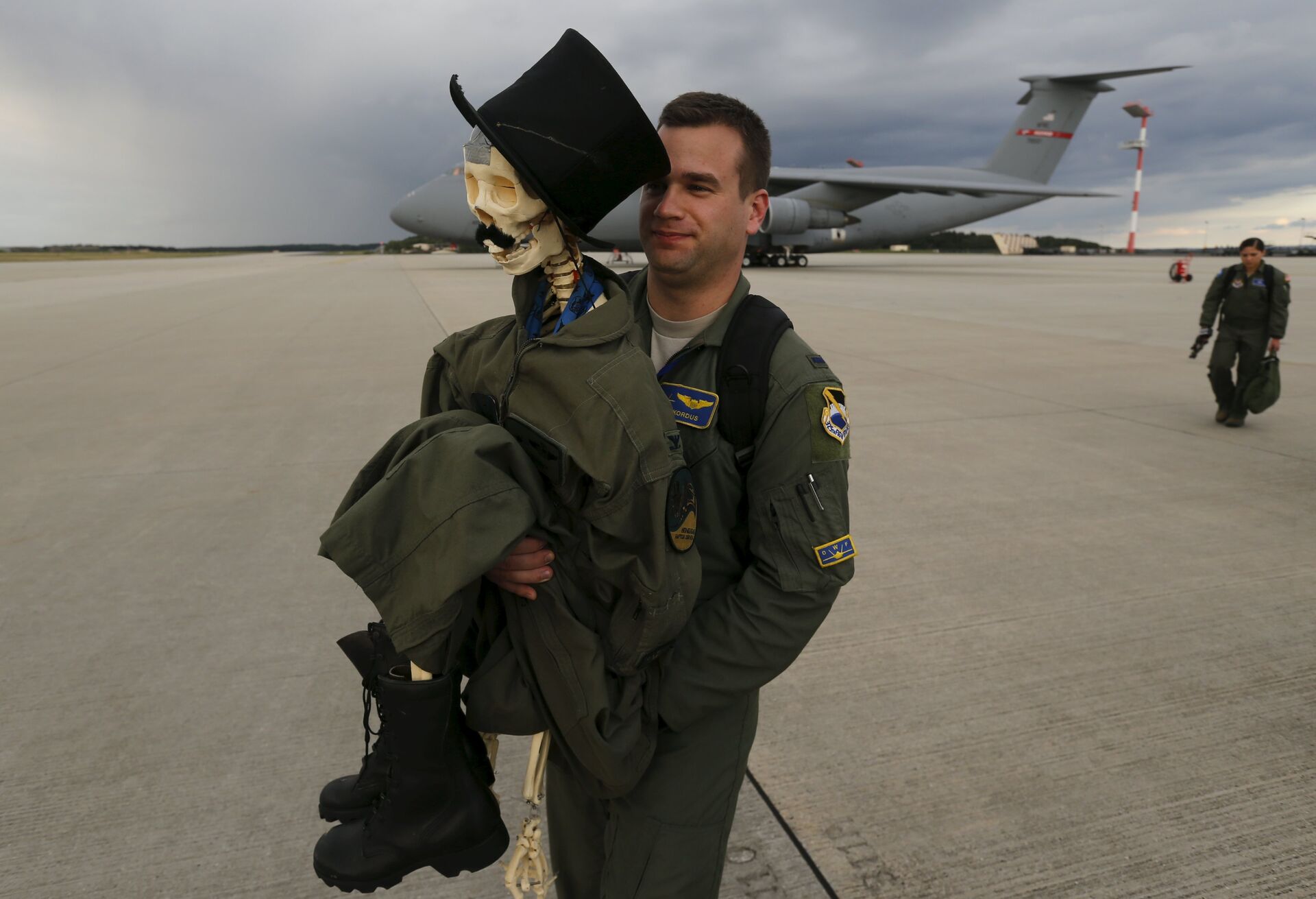 Eric Kordus, a F-22 Raptor fighter jet pilot of the 95th Fighter Squadron from Tyndall, Florida, carries "Mr. Bone", the squadron's mascot consisting of a dressed-up plastic skeleton with a stovepipe hat and a moustache, after a refuelling mission of a KC-135 Stratotanker from the NATO airbase of Aemari, Estonia to Spangdahlem, Germany September 4, 2015
© REUTERS / Wolfgang Rattay

US Air Force's NGAD System Aims to Widen Tech Gap With China's Military Amid Troubled F-35 Programme
Little information has been made available about NGAD, with Hinote telling Defence News that the programme currently includes manned, unmanned, and optionally manned designs, and that the Air Force would “explore all of those to go forward to see exactly what the best use of this is.”

Previously, officials have hinted that NGAD may incorporate artificial intelligence, and that, in addition to the air platform itself, the programme will include weapons, sensors, and other related equipment. NGAD has been budgeted $9 billion between 2019 and 2025.