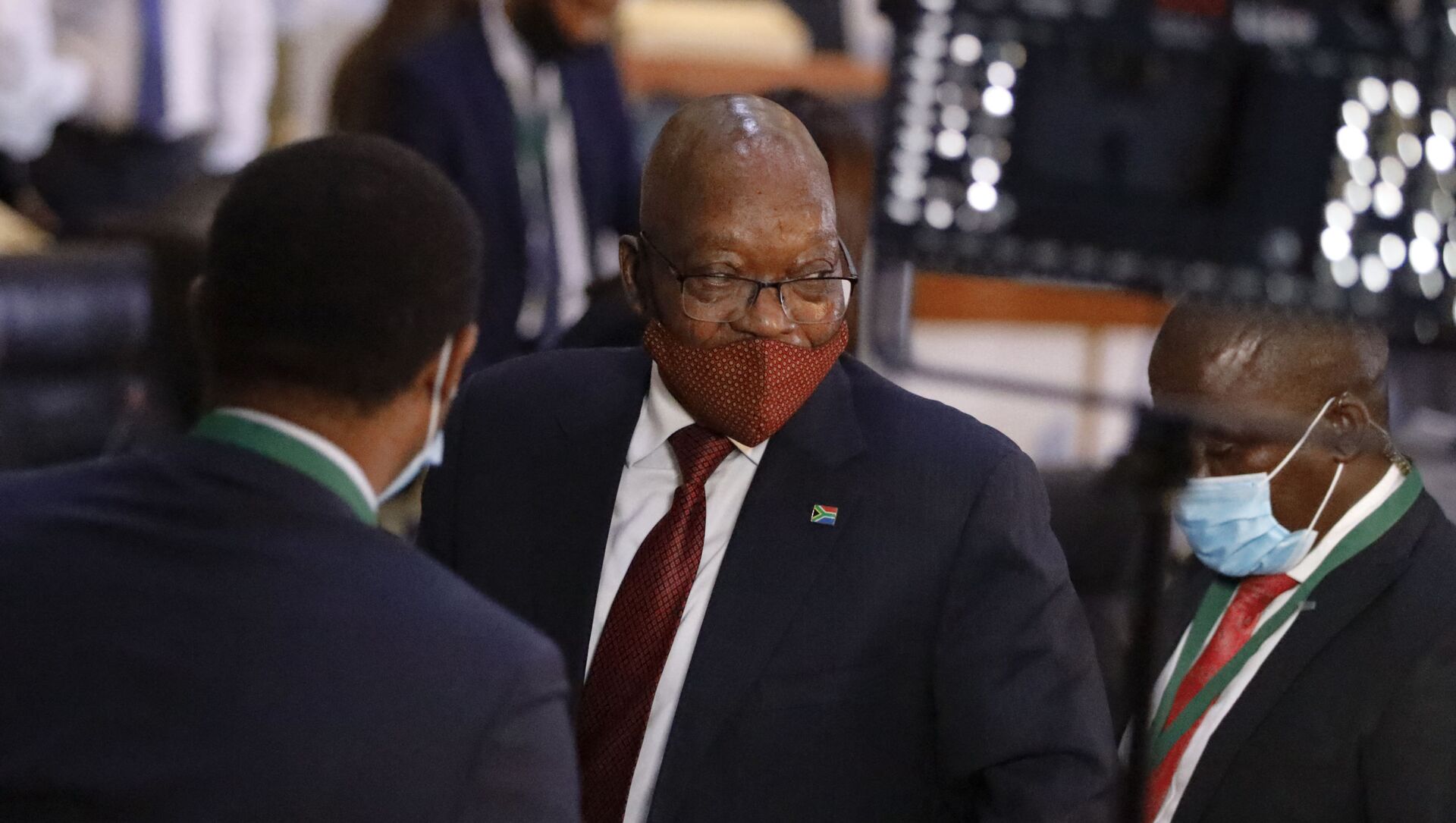 Kirill Kurevlev
Correspondent
All materialsWrite to the author
According to the report, late last month all of the South African ex-president's attorneys quit his defense team, just weeks before the trial, without providing any public explanation.

Former South African President Jacob Zuma, who was forced to resign three years ago due to a litany of corruption scandals, is due back in court on Monday in a corruption trial that dates back more than two decades, Agency France Presse reported on Friday.

The court in Pietermaritzburg is reportedly looking into 16 charges of fraud, corruption, and racketeering related to a 1999 procurement of fighter jets, patrol vessels, and military equipment for 30 billion rands - equal to roughly $5.0 billion at the time - from five European arms firms.

Given the fact that all of his defense team reportedly left him, it remains to be seen if the 79-year-old ex-president, who governed the country from 2009 to 2018, will appear before the court on the expected date. Observers believe the unexpected flight of his defense team is a ruse to obtain yet another postponement, presumably to enable a new legal team to prepare his defense and prolong the trial.

"It is almost certain that he - or his new team of lawyers if he has one - will ask for a postponement and that this postponement will be granted," South African lawyer James Grant is quoted in the report as saying.

Previously, Zuma has filed a number of unsuccessful appeals to get the charges dismissed.

Although Zuma, who is currently living in seclusion in his home, allegedly furnished at the expense of taxpayers, is trying by all means to get the charges dropped or to prolong the trial for as long as possible, last week he fierily danced in a TikTok video posted by one of his granddaughters.

​Zuma has repeatedly refused to appear before the court, which has resulted in a recent legal stalemate. However, more than 30 witnesses have reportedly identified him directly or indirectly in front of the panel, and their statements may be included in an inquiry or trial.

On April 30, South African President Cyril Ramaphosa gave testimony regarding his time as deputy under his predecessor, Zuma. Ramaphosa appeared as a witness in the "state capture" case concerning businessmen brothers Atul, Ajay, and Rajesh Gupta, who are believed to have had extensive influence over the country's institutions, policies and cabinet appointments.

In early March, the country's ruling African National Congress party failed to persuade Zuma to appear before the court and answer questions, as the former national executive stated that he was subject to unfair prosecution.

After Zuma refused to appear for questioning in late February, South African Deputy Chief Justice Raymond Zondo filed an urgent application with the Constitutional Court to find him guilty of contempt.

The investigation has been ongoing since Zuma stepped down in 2018 amid a corruption crisis involving the Gupta family. Since the scandal broke, the family has been living in exile in the US and the United Arab Emirates.