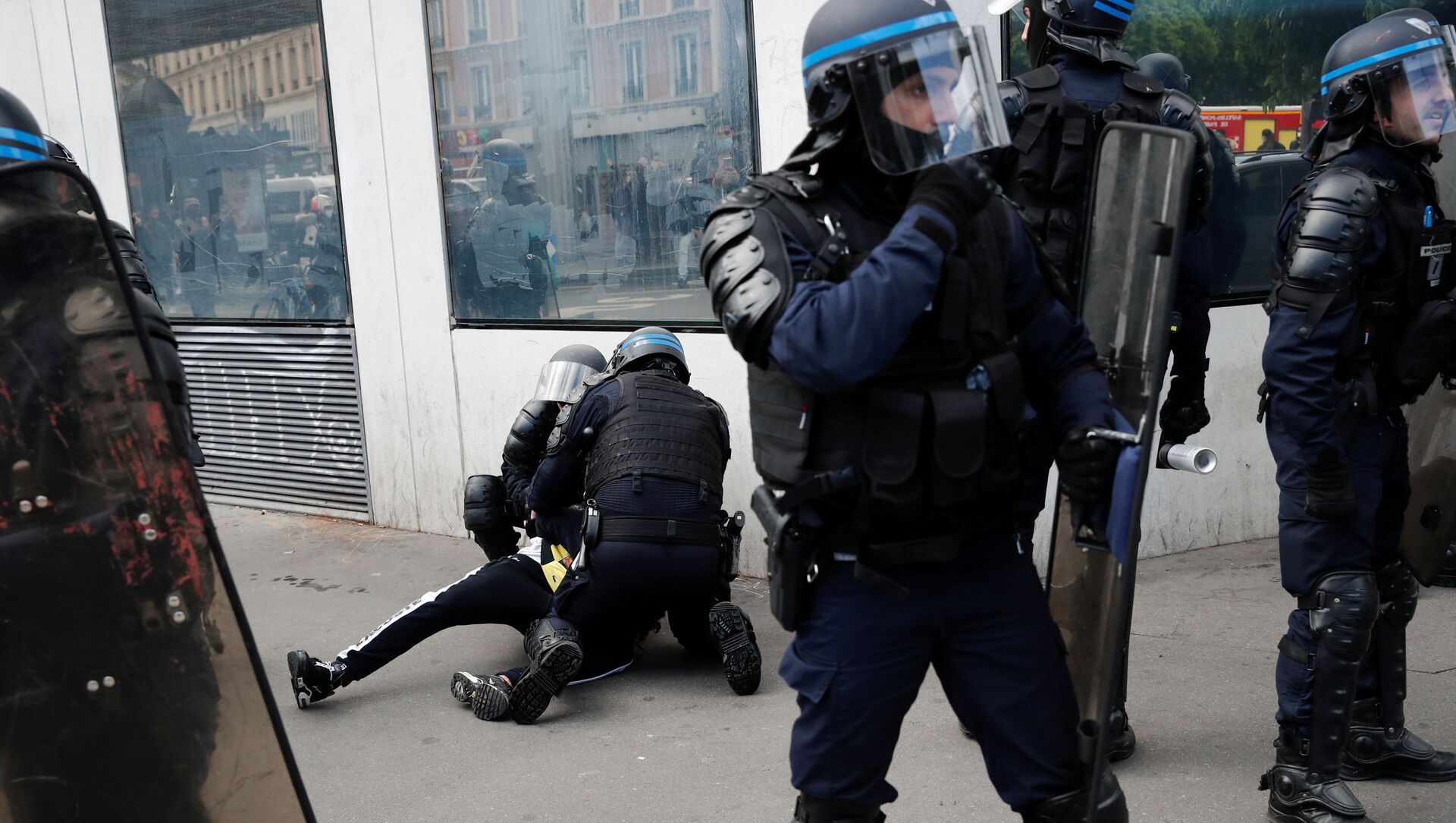 PARIS (Sputnik) - A total of 51 people were detained during unauthorized demonstrations in support of Palestinians across France on Saturday, Interior Minister Gerald Darmanin has announced.

Earlier in the day, a Sputnik correspondent reported that the demonstration in Paris grew more violent, with more people arriving at the location to take part in the rally. Aggressive crowd threw bottles and firecrackers at law enforcement officers and set objects, such as trash cans, on fire, while the police began firing rubber bullets and spraying tear gas in response.

"Thanks to all the police and gendarmes mobilized today, including 4,200 in Paris this afternoon ... 51 detainees, of which 44 are in Paris," Darmanin tweeted.

The minister added that one police officer was injured as a result of clashes with the demonstrators.

The Paris police chief did not authorize the demonstration at the request of Darmanin, who noted that serious public safety violations had been registered during similar rallies in 2014. The minister said that the local authorities were instructed to be vigilant and tough.