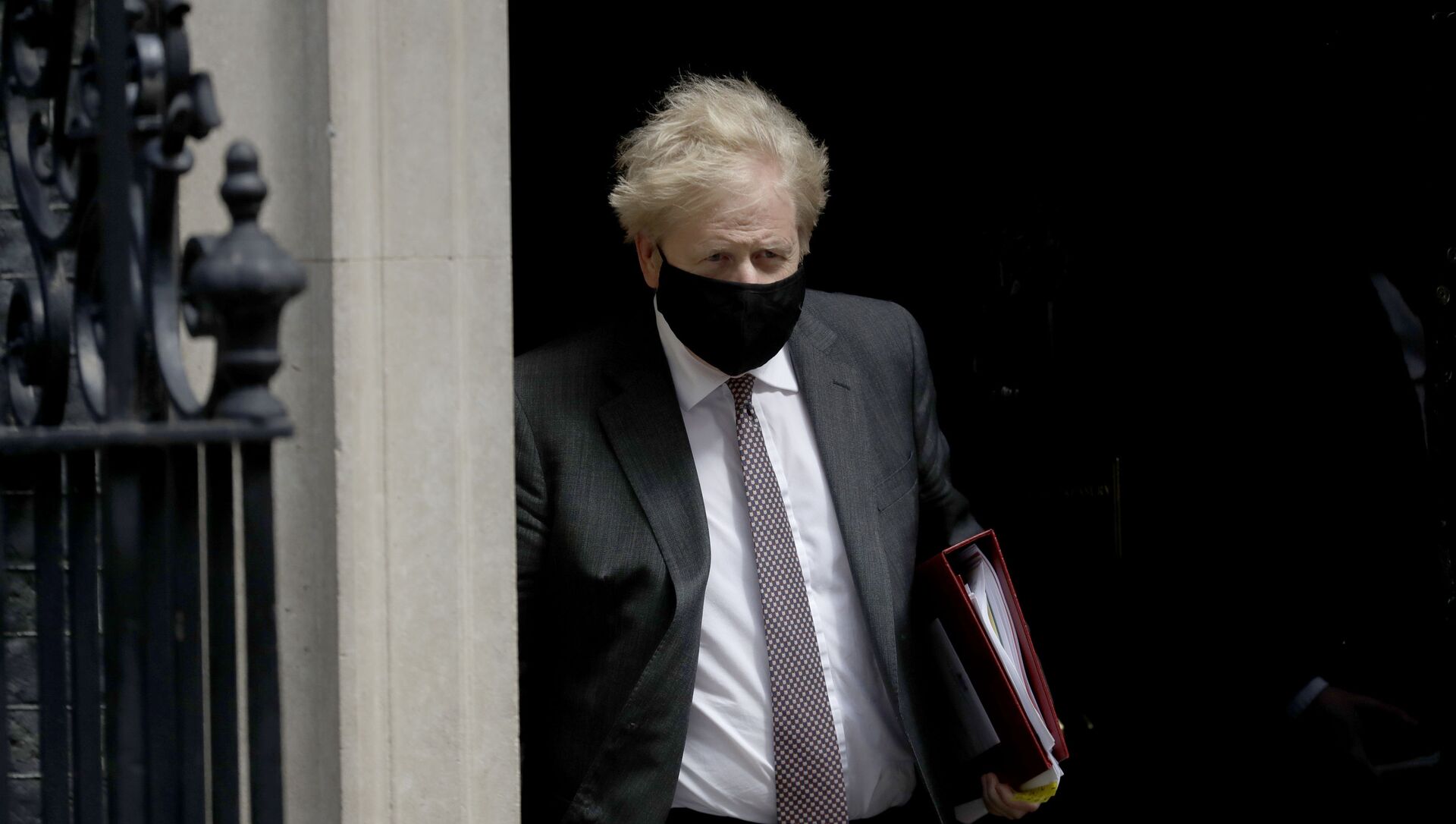 Svetlana Ekimenko
All materialsWrite to the author
Northern Ireland has been witnessing pro-British unionist ire over the post-Brexit NI protocol that installed a customs border with the rest of the UK, leaving the province within the EU's trading sphere. A hard border on the island with European bloc-member Ireland was avoided, but critics see it as undermining the region's place in the country.

Boris Johnson is contemplating entirely suspending checks on goods crossing the Irish Sea next month unless the EU revises its hardline position on the issue, reported the Daily Mail.

The UK Prime Minister has reportedly been prompted to consider the move over fears that disruption to trade triggered by the stringent checks could destabilise Northern Ireland, claim diplomatic sources cited by the outlet. 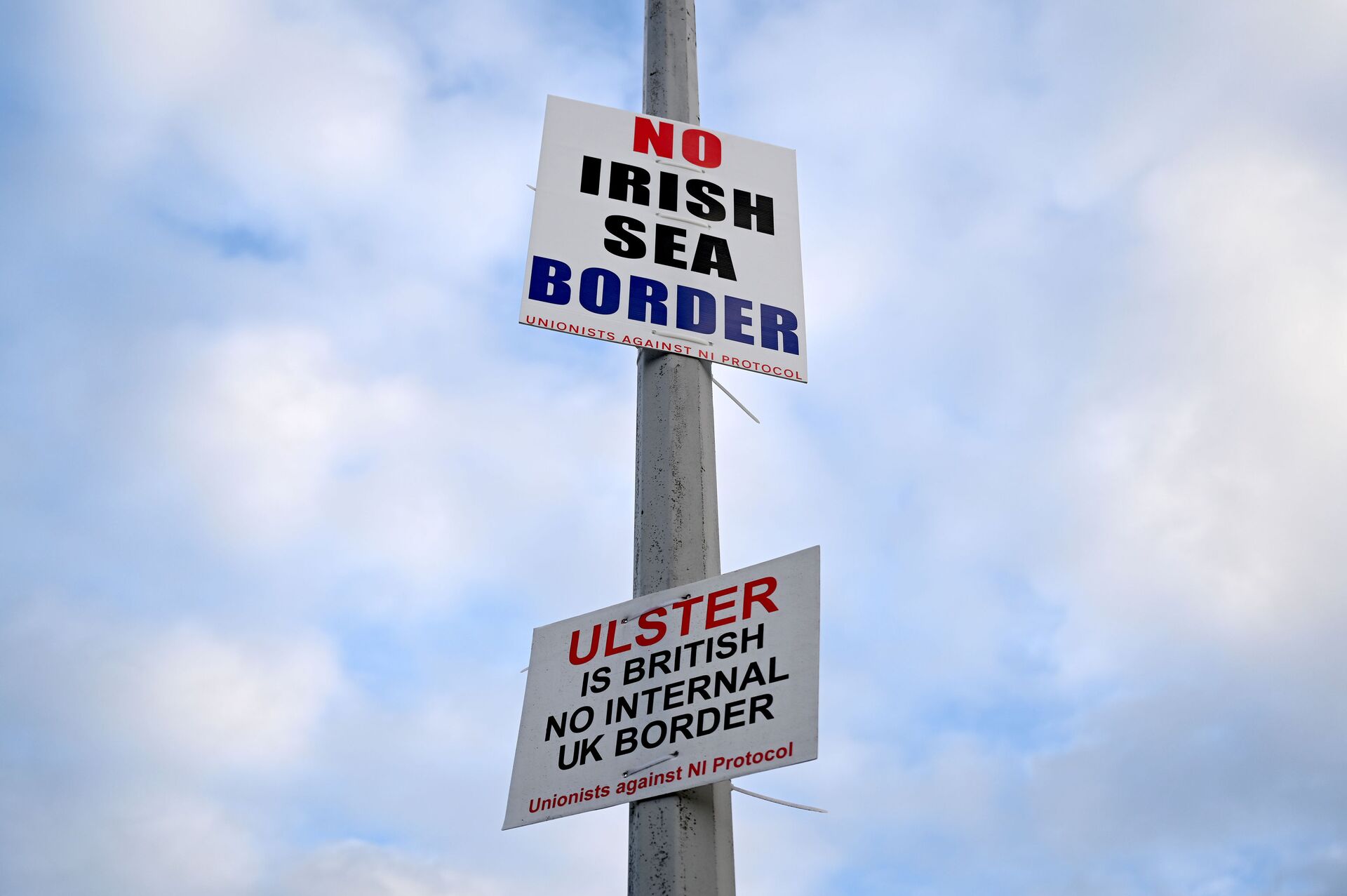 Johnson is said to have raised the issue at his meeting with Irish Prime Minister Micheal Martin on Friday.

Certain goods crossing from Great Britain to Northern Ireland are still subject to EU inspections, but ministers have reportedly slammed Brussels, blaming its “maximalist” approach for the bureaucratic disruptions.

They reportedly hope that Martin may be able to persuade Brussels to adopt a more conciliatory stance by targeting only those goods that are destined for the republic.

Checks on certain products coming to the island from Great Britain were scheduled to come into effect on 1 April in a move that incensed Brussels. At the time, Vice President Maros Sefcovic slammed the decision as “a violation” of the Northern Ireland Protocol.

Now, checks may now be scrapped altogether. However, the fallout from the move is fraught with serious deterioration of relations with the EU.

Johnson and Martin “agreed on the importance of working together to uphold the Belfast/Good Friday Agreement and to maintain smooth trade between Great Britain, Northern Ireland and the Republic of Ireland”, according to a Downing Street spokesman.

Taoiseach @MichealMartinTD says he and British Prime Minister Boris Johnson had a 'good discussion' on the Ballymurphy situation | https://t.co/49oLGEIvQR pic.twitter.com/7AvMI7sIu3

​The Taoiseach also underscored that he and Johnson had a “considerable discussion and exploration” of issues surrounding the Northern Ireland protocol.

“Of course fundamentally it’s a European Union-United Kingdom discussion and negotiation. We’re all mindful of its impact on Northern Ireland, and the importance of dealing with the issue in a non-contentious way, and working to see can these issues be resolved,” said Martin, according to the Irish Times.

The post-Brexit Northern Ireland Protocol has been the greatest source of tensions since Britain signed the EU Withdrawal Agreement and exited the European bloc.

In line with it part of it, the Protocol on Ireland/Northern Ireland (commonly known as the Northern Ireland Protocol, the terms of which were negotiated in 2019 and concluded in December 2020) introduced checks on goods crossing the Irish Sea as a compromise measure to dodge a hard border with the Republic of Ireland.

At the time, the negotiating sides had agreed that protecting the Northern Ireland peace deal (the Good Friday agreement) was a priority, keeping the land border between the Republic of Ireland (remaining in the EU) and Northern Ireland (in the UK) open to avoid new post-Brexit infrastructure like border posts. 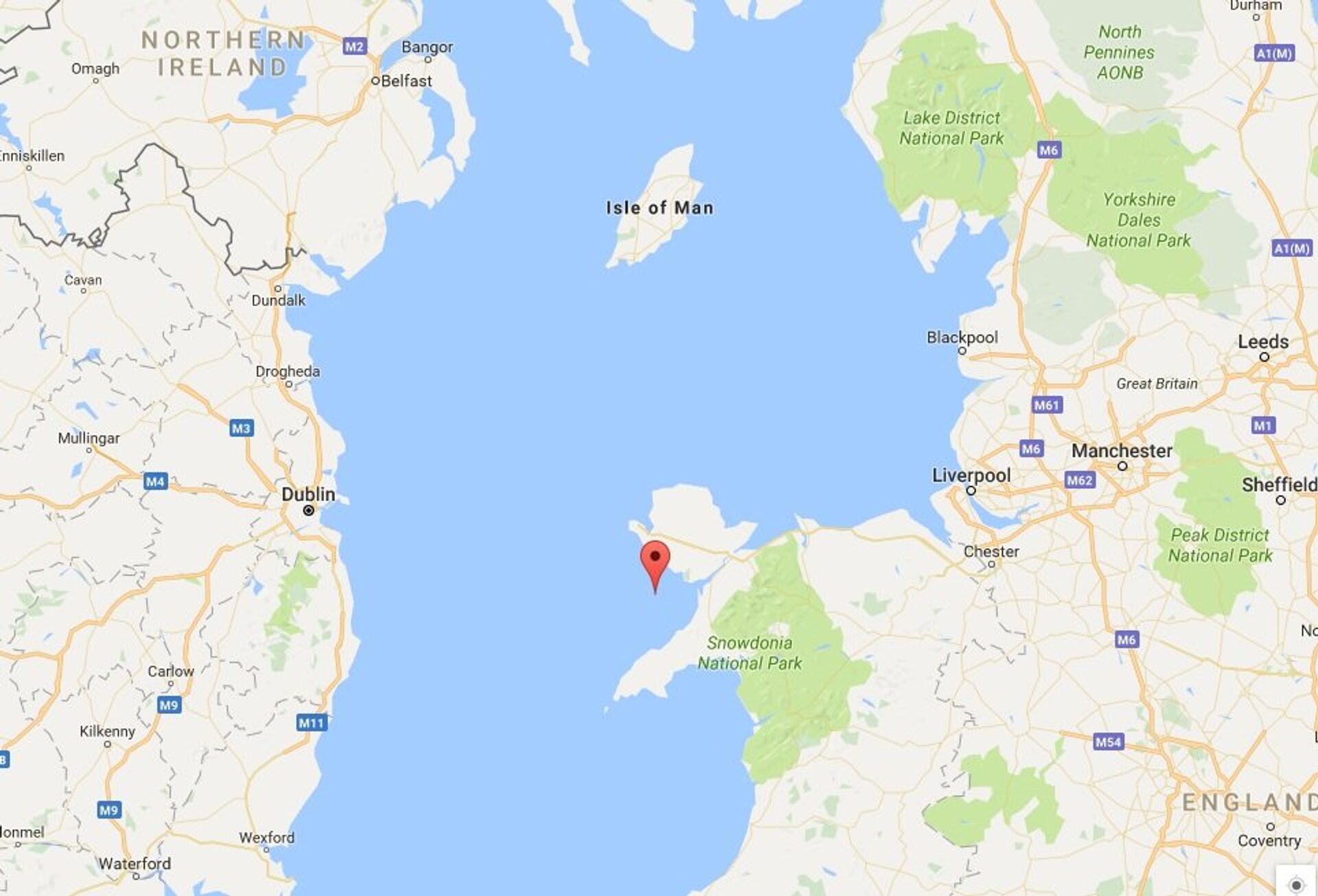 However, after Brexit, there is a new "regulatory" border between Northern Ireland and Great Britain, with new checks on goods taking place at NI ports, with customs documents required. This has triggered criticism that a border has effectively been created in the Irish Sea.

The new arrangements have angered Northern Ireland’s British unionists, who claim checks amount to a border in the Irish Sea, weakening ties with the rest of the UK. 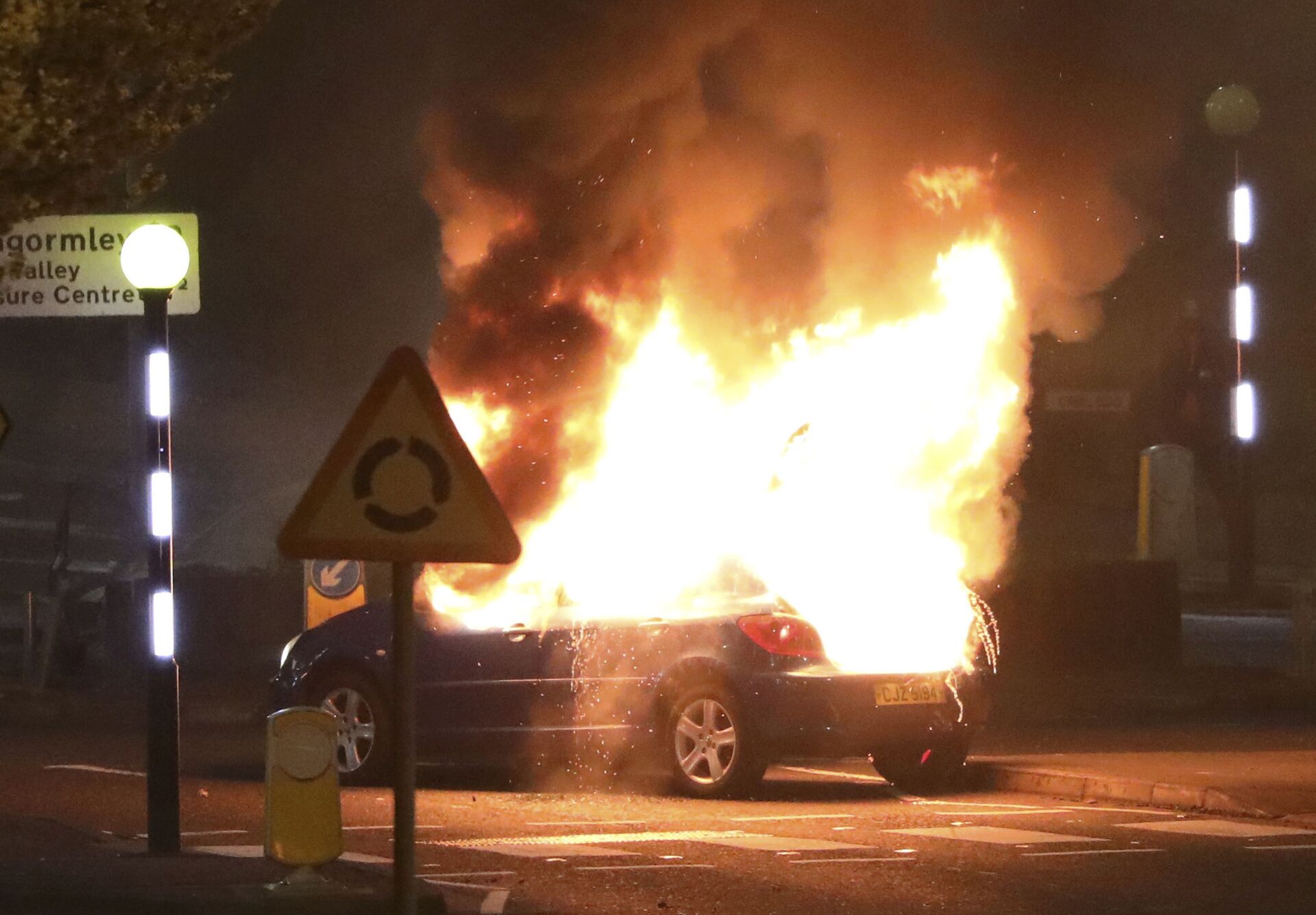 A car burns after it was hijacked by Loyalists at the Cloughfern roundabout in Newtownabbey, Belfast, Northern Ireland, Saturday, April 3, 2021.
© AP Photo / Peter Morrison

The Irish Sea trade border is believed to have been a factor contributing to the Unionist rioting that started in late March in an area of Londonderry that is “loyalist”, or seeks to keep Northern Ireland part of the United Kingdom. 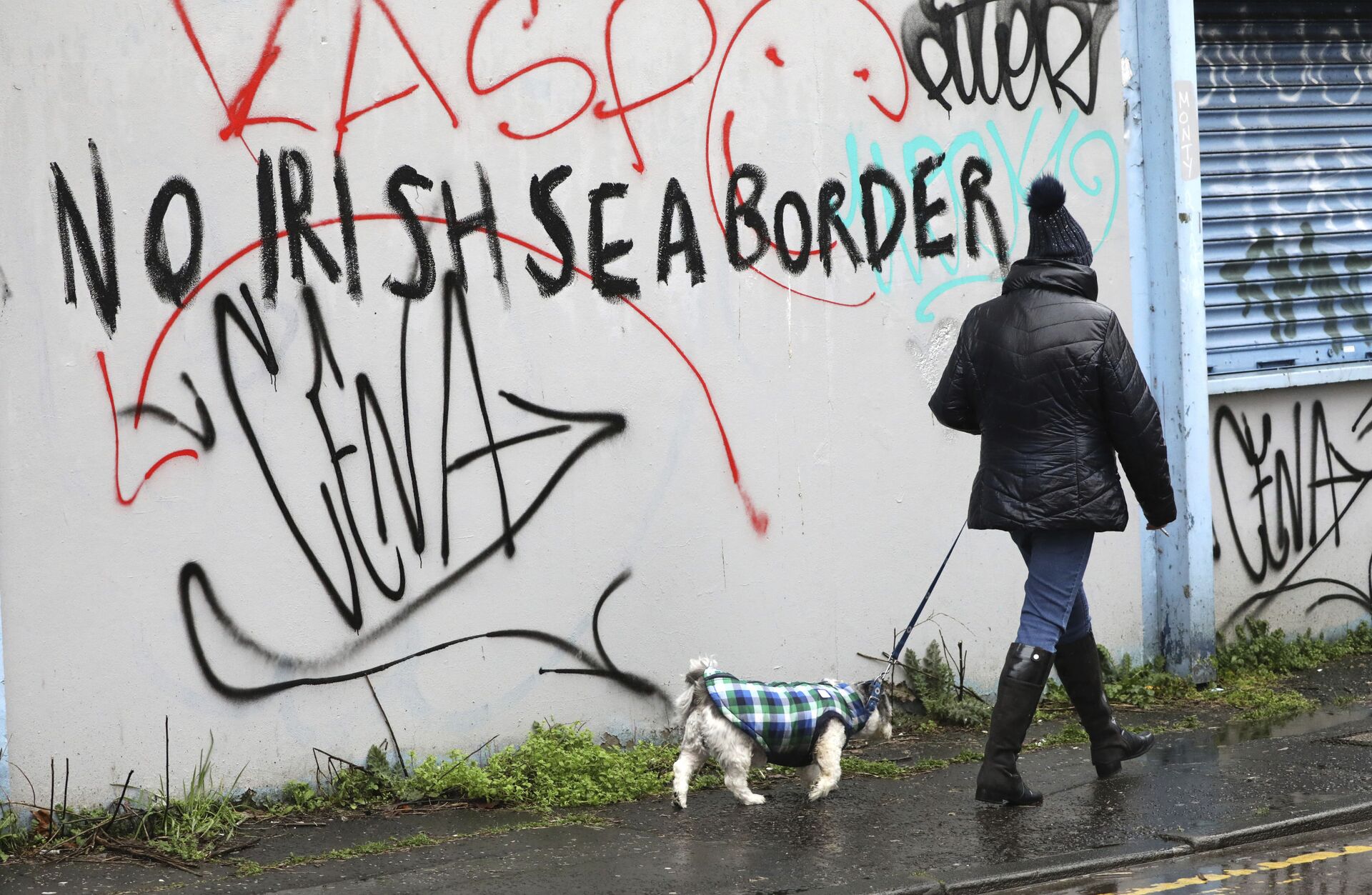 At the time, Northern Ireland witnessed some of its worst street violence as youths pelted police with bricks, fireworks and firebombs, with law enforcement retaliating with water cannons for the first time in six years.

At the start of the year, graffiti opposing the Irish Sea border was seen marring walls in some loyalist areas, including Belfast and one of Northern Ireland's main ports, Larne.