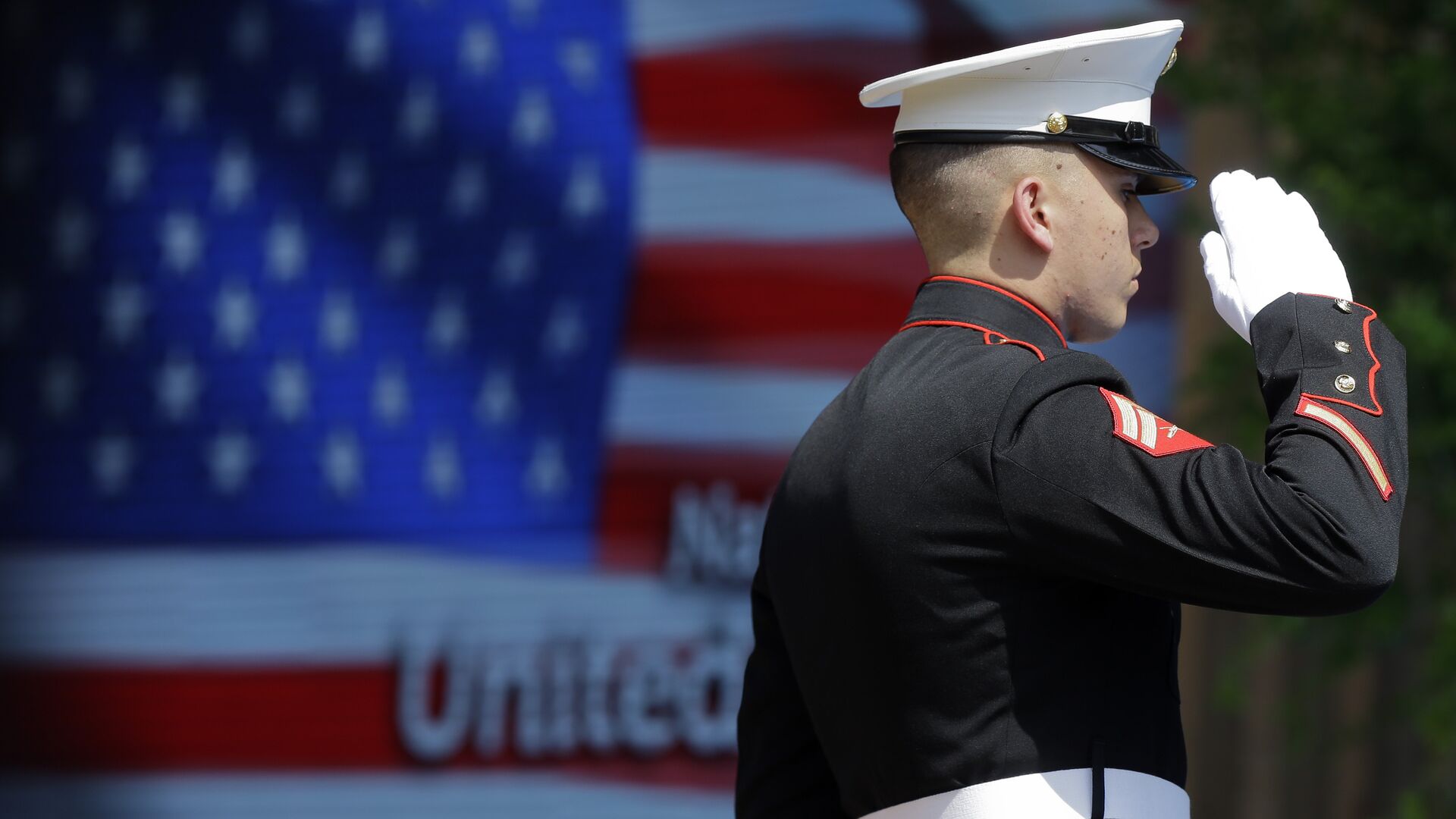 Ekaterina Blinova
All materialsWrite to the author
More than 120 retired US military leaders have signed an open letter criticising the Biden administration's policies and questioning the outcome of the 2020 election and the president's mental health. The retired brass' concerns reflect growing distrust in basic social institutions and federal authorities among Americans, observers say.

The letter released by "Flag Officers 4 America" on 11 May, calls upon Americans ahead of the 2022 midterms to elect political representatives who will act to "save America" and "hold those currently in office accountable".

"Without fair and honest elections that accurately reflect the 'will of the people' our Constitutional Republic is lost," the letter reads. "The FBI and Supreme Court must act swiftly when election irregularities are surfaced and not ignore them as was done in 2020."

"The recent letter from 124 retired US military admirals and generals only shows that doubts about a corporate takeover of American government still persist, despite the US media’s insistence that even questioning the results of the election is somehow illegal and should be banned," says Robert Hutchinson, an author and historian.

According to US national surveys, over 60 percent of Republicans continue to believe that the 2020 presidential election was stolen from Donald Trump by Democrats.

Meanwhile, a February article by Time Magazine titled "The Secret History of the Shadow Campaign That Saved the 2020 Election" and lambasted by National Review as "irresponsible" and "needlessly provocative" poured some more gasoline on the fire.

The article in question detailed how a powerful group of corporate and media elites succeeded by "working together behind the scenes to influence perceptions, change rules and laws, steer media coverage and control the flow of information", according to the historian.

The US 2020 election opened the eyes of a lot of people, who finally realise "that the basic institutions of society that are supposed to work for the people are now actively working against them", says Tom Luongo, a geopolitical analyst and publisher of the Gold Goats'n Guns Newsletter.

The retired military leaders insisted that "election integrity demands ensuring there is one legal vote cast and counted per citizen," bemoaning the fact that many are calling ID laws and "commonsense controls 'racist' in an attempt to avoid having fair and honest elections."

"Most Americans believe that the tactics Democrats used to supposedly win – such as the mass use of mail-in ballots and requiring no ID to vote – "should be outlawed, as they are in almost all other developed nations", Hutchinson remarks.

It's quite symptomatic that the military, whose motivations for serving are “love of country and community”, appears to break with the political leadership, according to Luongo.

"We're seeing militaries all across the West break with the political leadership and it's telling of just how deeply the betrayal of national interest has occurred at the highest levels of our societies", he says. 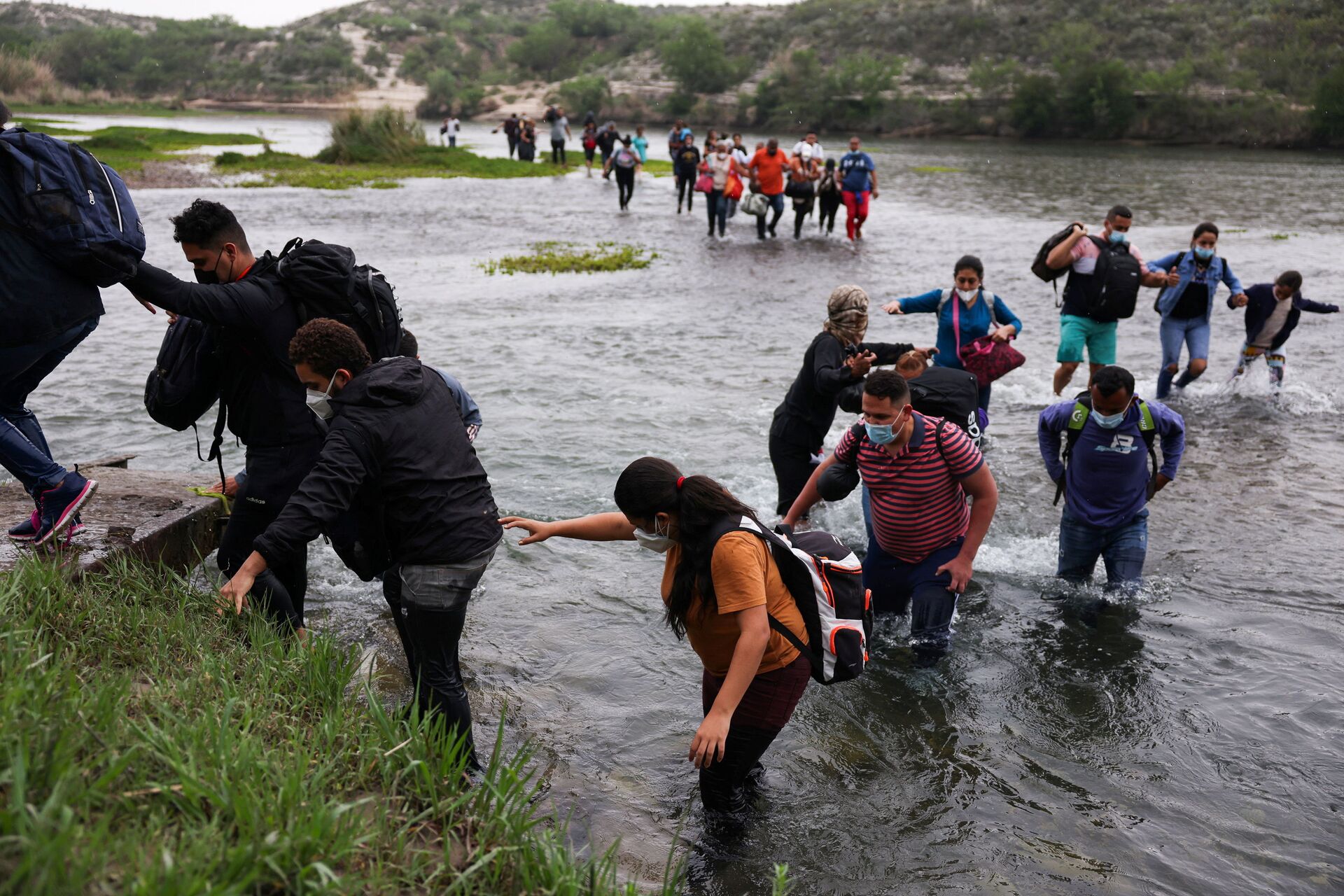 The election issue was not the only problem touched upon by the retired military leaders. They particularly criticised the Biden administration's reversing of Donald Trump's border laws and leaving the US southern frontier wide open. "Open borders jeopardise national security by increasing human trafficking, drug cartels, terrorists entry, health/CV19 dangers, and humanitarian crises," the document reads.

over 120 retired US military officers have just released the chilling document “2021 Open Letter From Retired Generals and Admirals 9 May 2021”, that “sent shockwaves through the Pentagon”, raised questions about “the mental and physical condition of the Commander in Chief”,

​The military also criticised China and Iran, calling for more sanctions against the countries and specifically warning the US government against reviving the 2015 Joint Comprehensive Plan of Action (JCPOA).

The letter also addresses Big Tech's censorship of free speech, offering to strip Silicon Valley giants from protections provided by Section 230 of the Communications Decency Act of 1996. It also lambasted the White House for "using the US military as political pawns with thousands of troops deployed around the US Capitol Building" and at the same dragging its feet to thwart anarchy engulfing some of the US states.

Most of the aforementioned points echo the political agenda of former President Donald Trump and his GOP allies.

Last but not least, the retired brass drew attention to "the mental and physical condition of the commander-in-chief".

"He must be able to quickly make accurate national security decisions involving life and limb anywhere, day or night," the letter emphasises. "Recent Democrat leadership’s inquiries about nuclear code procedures send a dangerous national security signal to nuclear armed adversaries, raising the question about who is in charge. We must always have an unquestionable chain of command."