New 'Peaceful But Talkative' Species of Dinosaur Identified in Mexico 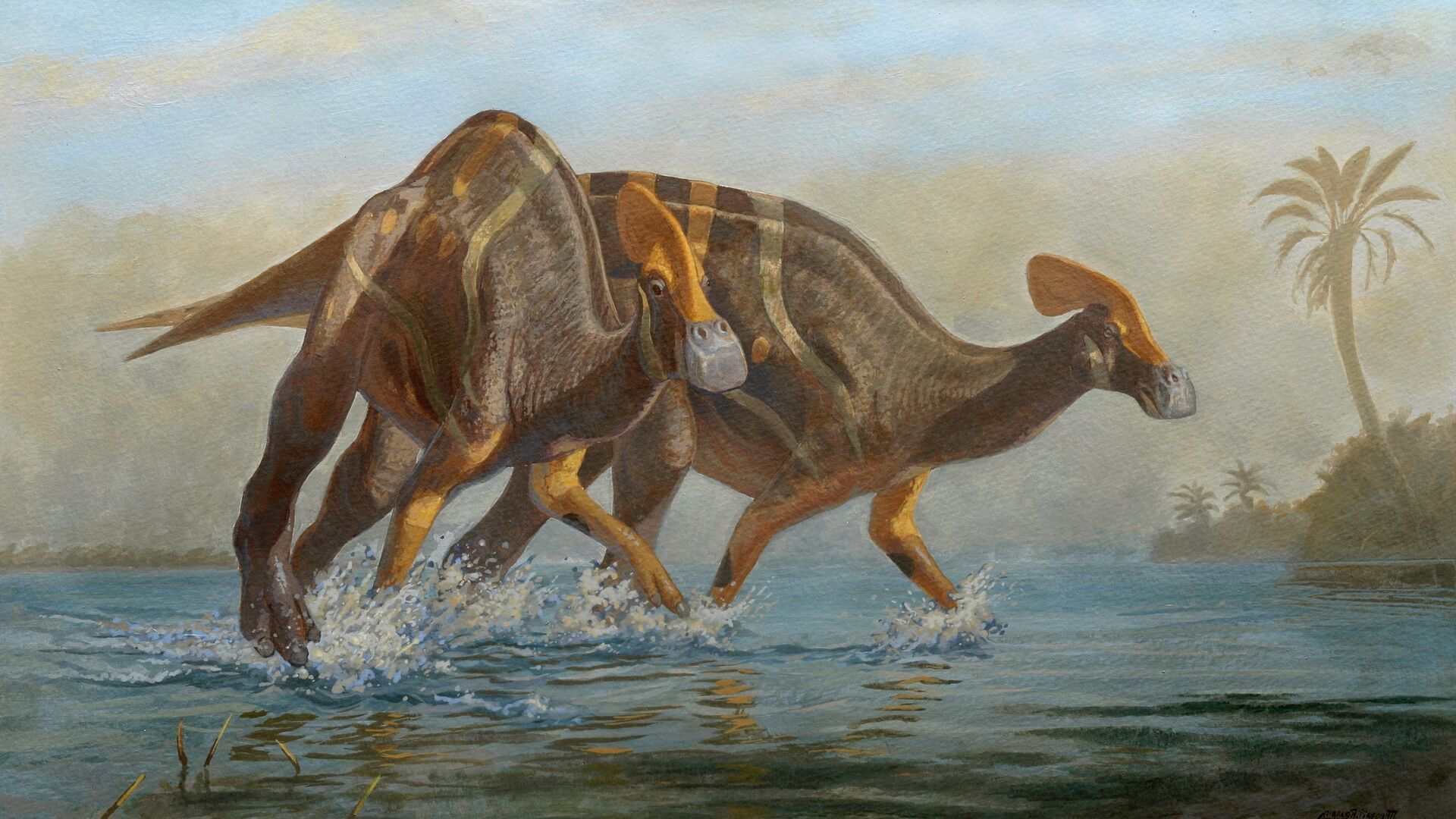 Andrei Dergalin
All materialsWrite to the author
The parts of the dinosaur’s skeleton recovered by researchers include the creature’s 1.32-metre-long crest, as well as its jaws and palate.

A new species of dinosaur has finally been identified by palaeontologists after the creature’s 72 million-year-old remains were discovered in Mexico several years ago.

Researchers worked to identify the dino, now known as Tlatolophus galorum, after its tail was found in Coahuila state back in 2013.

"Once we recovered the tail, we continued digging below where it was located. The surprise was that we began to find bones such as the femur, the scapula and other elements," Alejandro Ramírez, one of the scientists involved in the discovery said, as quoted by Reuters.

The researchers later unearthed more bone fragments, eventually identifying it as a crested dinosaur after recovering 80 percent of its skull, Mexico's National Institute of Anthropology and History (INAH) said.

The skeletal fragments recovered by the team include the dinosaurs’ crest, which is about 1.32 metres long, as well as its upper and lower jaws, palate, and even the section of the skull that housed its brain.

"We know that they had ears with the capacity of hearing low-frequency sounds, so they must have been peaceful but talkative dinosaurs," a statement issued by INAH said.

Palaeontologists also suspect that the dinosaur "emitted strong sounds to scare away predators or for reproductive purposes," according to AFP.

The creature’s name, Tlatolophus, is a portmanteau of the indigenous Nahuatl language word “tlahtolli,” which means “word” or "statement," and the Greek word "lophus" meaning "crest."