'We Were Ordered to be Prepared': No Boots on the Ground in Gaza, Israeli Military Says 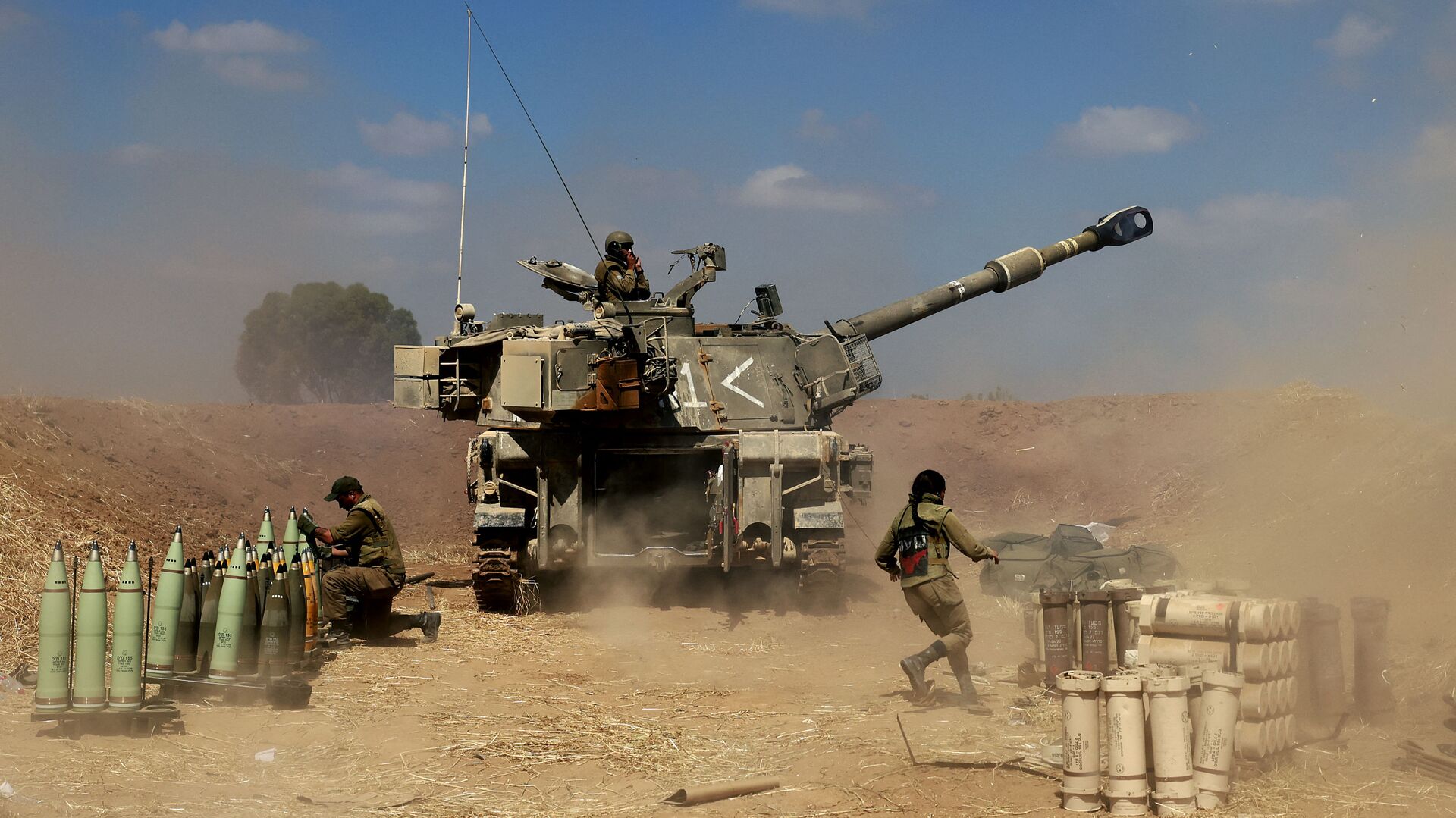 Maxim Minaev
All materialsWrite to the author
The IDF had earlier announced on Twitter that Israeli air and ground troops were attacking in the Gaza Strip.

The Israeli military did not cross into the Gaza Strip last night, but launched an attack on multiple targets inside the enclave, IDF Spokesperson Jonathan Conricus stated on Friday.

He added that a total of 1,800 rockets were launched at Israel from the Gaza Strip, while 430 of them fell inside the enclave.

Answering the question about Israel's intention to enter the Gaza Strip, the IDF spokesman said that the Israeli Army were ordered to be prepared.

Conricus added that there are no IDF units inside the Gaza Strip at the moment.

Jonathan Conricus stressed that information about the beginning of a ground operation reflected an internal misunderstanding and added that he took personal responsibility.

Late Thursday evening, the Israeli Defence Forces said that their air and ground units were attacking the Gaza Strip, following several days of intensive rocket fire from the Palestinian enclave.

In turn, Israeli Prime Minister Benjamin Netanyahu said that the military operation against Hamas in the Gaza Strip would continue as long as necessary.

The largest confrontation in recent years at the Gaza Strip border began on Monday evening. Palestinian militants have since launched about 2,000 rockets toward Israel, while Israel is carrying out multiple retaliatory strikes against Hamas, the Islamist movement which governs the enclave. 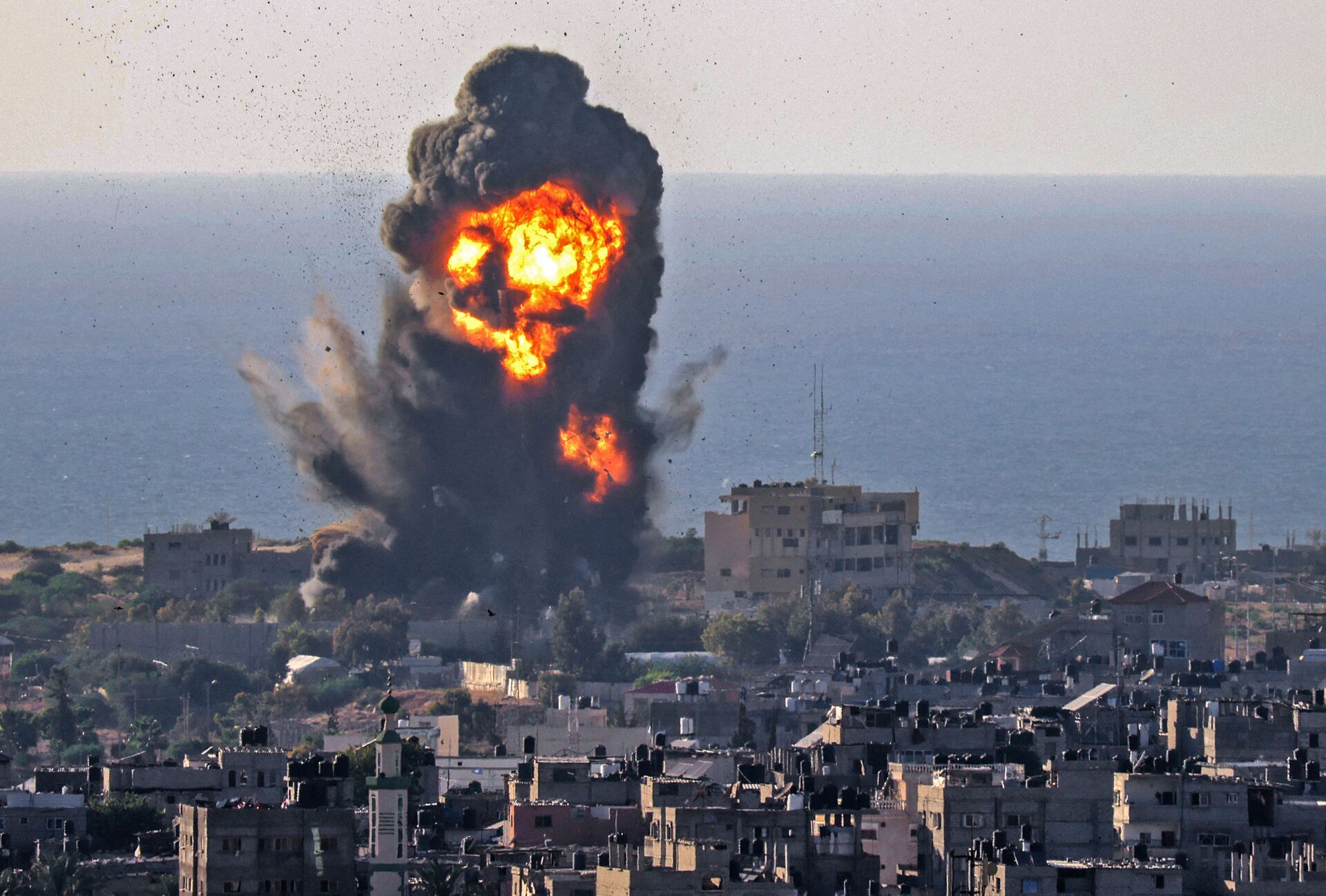 Smoke billows from an explosion following an Israeli air strike in Rafah in the southern Gaza Strip on May 13, 2021.
© AFP 2022 / SAID KHATIB

The Iron Dome air defence system had intercepted hundreds of missiles, according to the Israeli military.

Six Israeli civilians and one serviceman have died since the conflict escalated on Monday evening. According to the enclave's health ministry, the number of Palestinians killed in three days has increased to 115, and 600 people were injured. 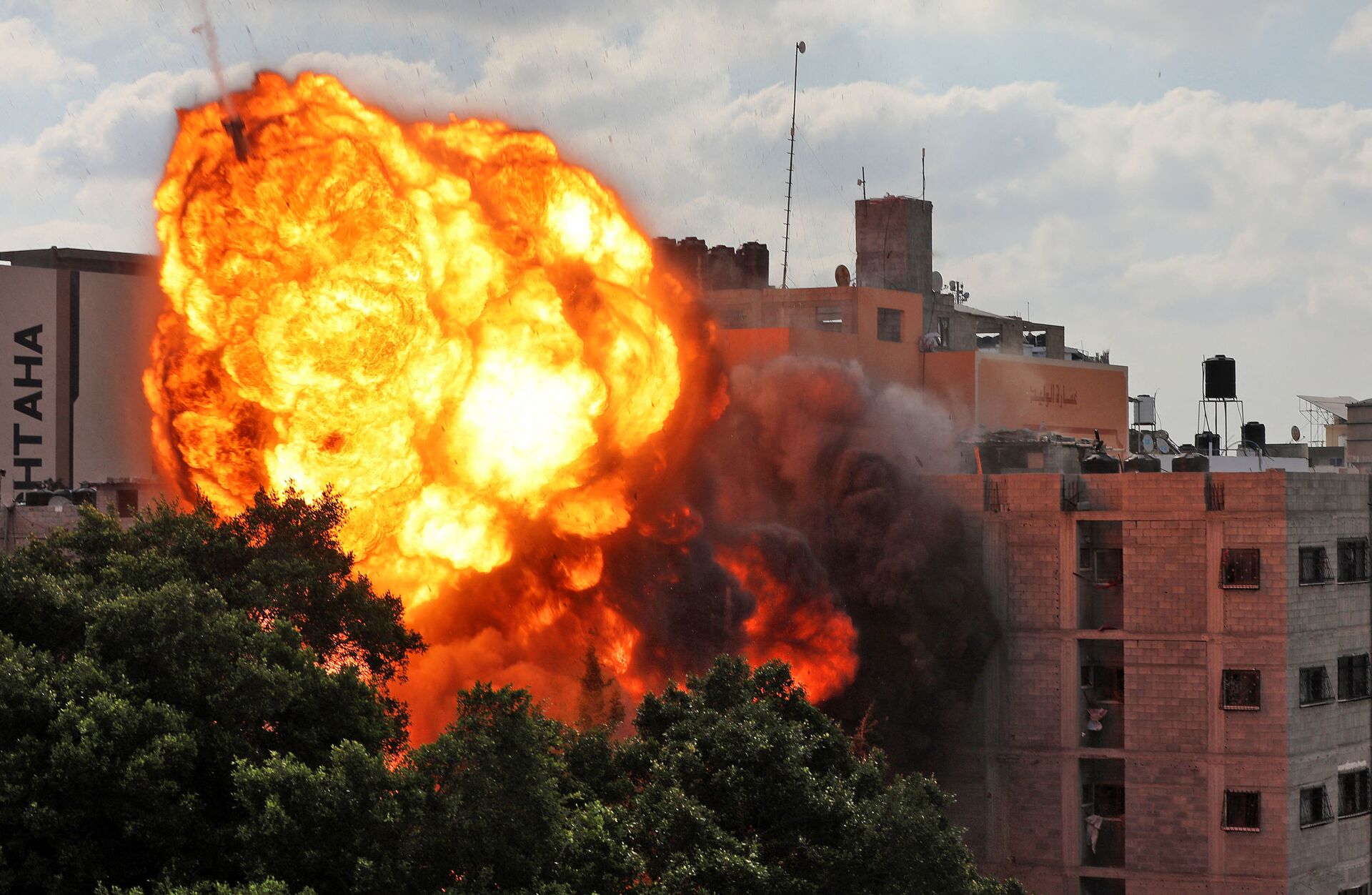 A picture taken on May 13, 2021 shows a ball of fire engulfing the Al-Walid building which was destroyed in an Israeli airstrike on Gaza city early in the morning.
© AFP 2022 / -

The violence was sparked by days of clashes in East Jerusalem and an Israeli court's decision to side with Jewish settlers requesting the eviction of several Palestinian families from their homes in the disputed city.