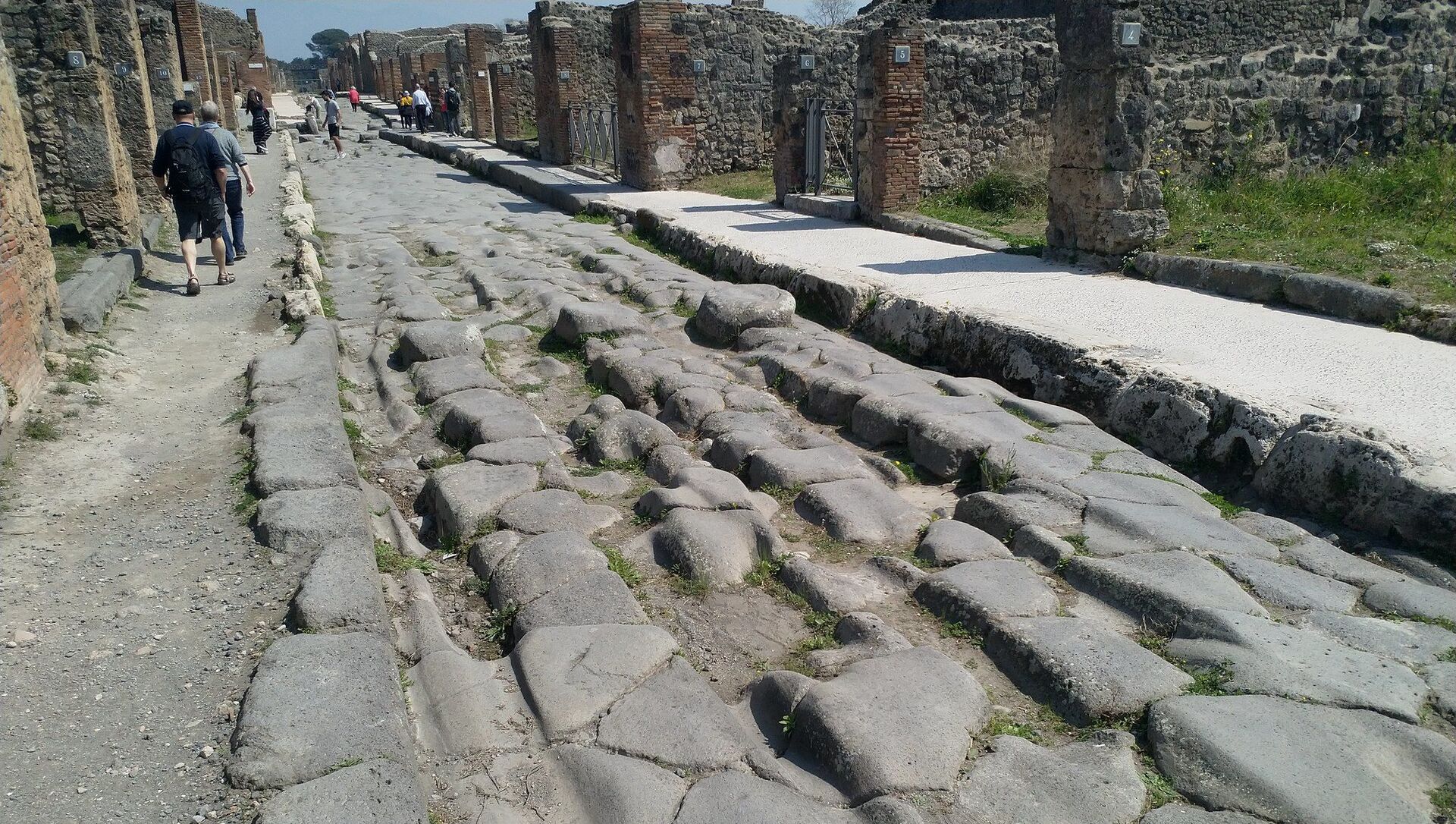 The layers of volcanic material that shrouded the ancient Italian coastal town of Pompeii after the eruption of Mount Vesuvius in AD 79 have miraculously preserved extensive evidence of the ancient Italians and their lifestyles, offering a tantalising glimpse into the sexual mores of those times.

In ancient Roman religion, the fascinus or fascinum was the embodiment of the divine Phallus. It was used to ward off the evil eye. This specimen found in Pompeii. pic.twitter.com/r7Y8W0MjAq

​The ruins at Pompeii were first discovered late in the 16th century by architect Domenico Fontana, according to History Today, yet it was only after excavations at Pompeii in the 18th century that more was revealed about the ancient Italians than archaeologists had possibly bargained for.

Anyone visiting Pompeii has seen the drawings of phalluses and lewd graffiti dating 2,000 years.

Penises are found not roughly drawn or carved onto public walls, but even built into the roads as well.

Historians have since suggested that the phallic symbols pointed foreign sailors - intoxicated or unable to speak the local language - towards the nearest brothel.

​Paintings of varied sexual acts and oversized phallus’ can be seen decorating the walls of public spaces like bathhouses, and everyday household objects in Pompeii.

Priapus with a double phallus. Fresco from the Lupanar in Pompeii.

A #PhallusThursday late entry but with double the phalloi to make up for it!

The surviving ‘purpose-built’ two-story Roman brothel located between the forum of Pompeii and its main North-South business district was first excavated in 1862. The renovated lupanar - which in Latin meant “brothel” or “wolf den” - reopened to the public in 2006, with its lewd graffiti and service charges narrating a story of the realities of human trafficking.

The #Phallus (so often depicted in frescoes, mosaics and bas reliefs) was considered the origin of life, and for the ancient Romans an apotropaic symbol, used against the evil eye or to hope for fertility, well-being, good trade and wealth. #Pompeii • Regio III • Insula IV pic.twitter.com/RPek1X7T9S

​It was enslaved men and women that most often staffed ancient brothels, according to historians.

​Some of the sexually explicit objects discovered during excavations of Pompeii and Herculaneum were off-limits for over a century, hidden in a “secret cabinet” at the National Archaeological Museum in Naples. In 2000 these exhibits finally went on display to the general public.

Furthermore, there are bizarre, phallic-shaped lamps. The small terracotta men sported detailed “appendages” that could be lit at the end. Metal phalluses with wings, like one discovered in an ancient Pompeii bar, were suggested as being wind chimes, that could have been suspended from the ceiling. 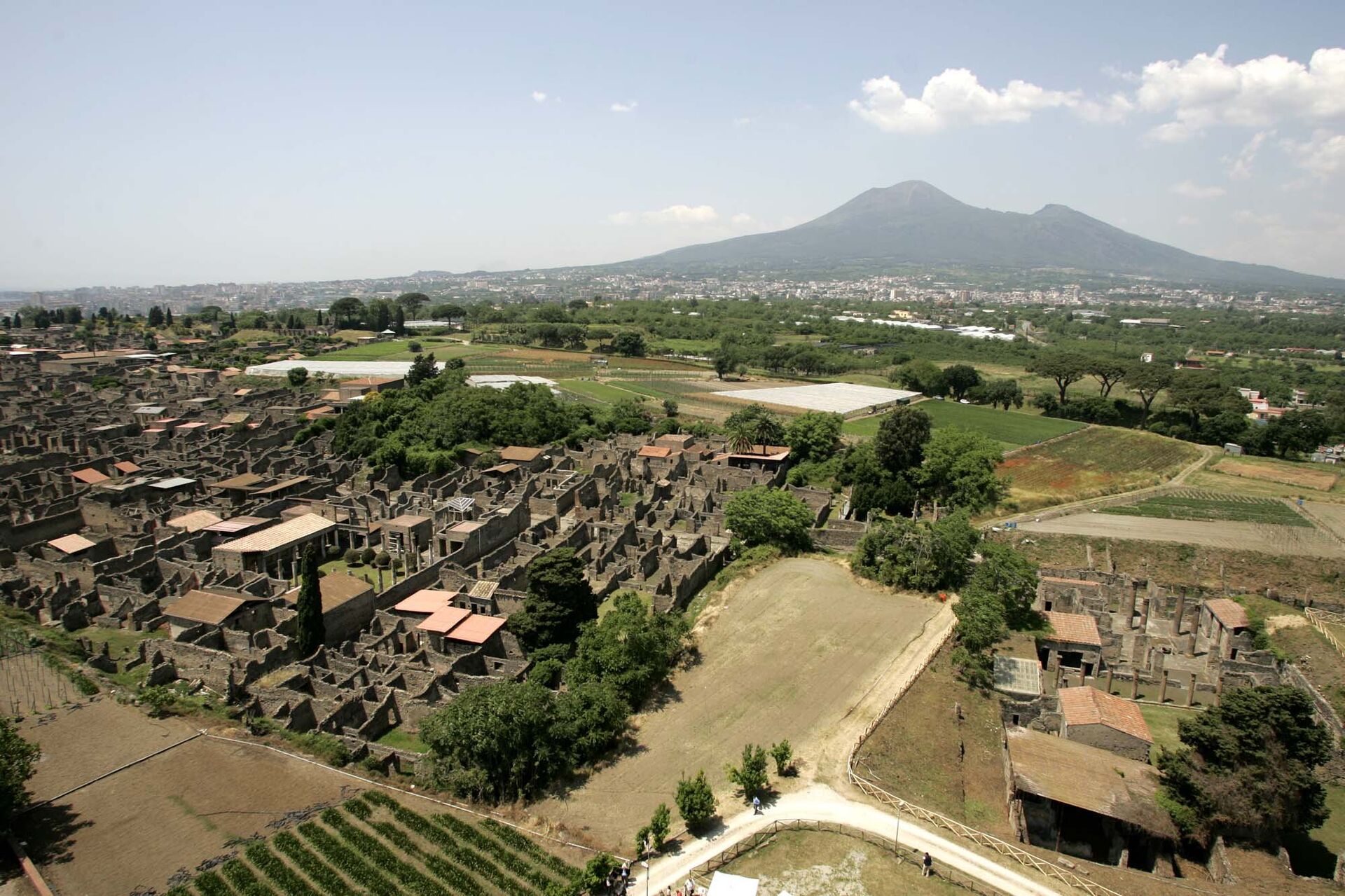 Explicit graffiti found on the walls of Pompeii’s buildings sheds light on the different types of sex for sale, prices, clients’ assessments of certain women and even some sexual advice in a town whose prosperity and steady stream of merchants most likely ensured a strong market for sex.