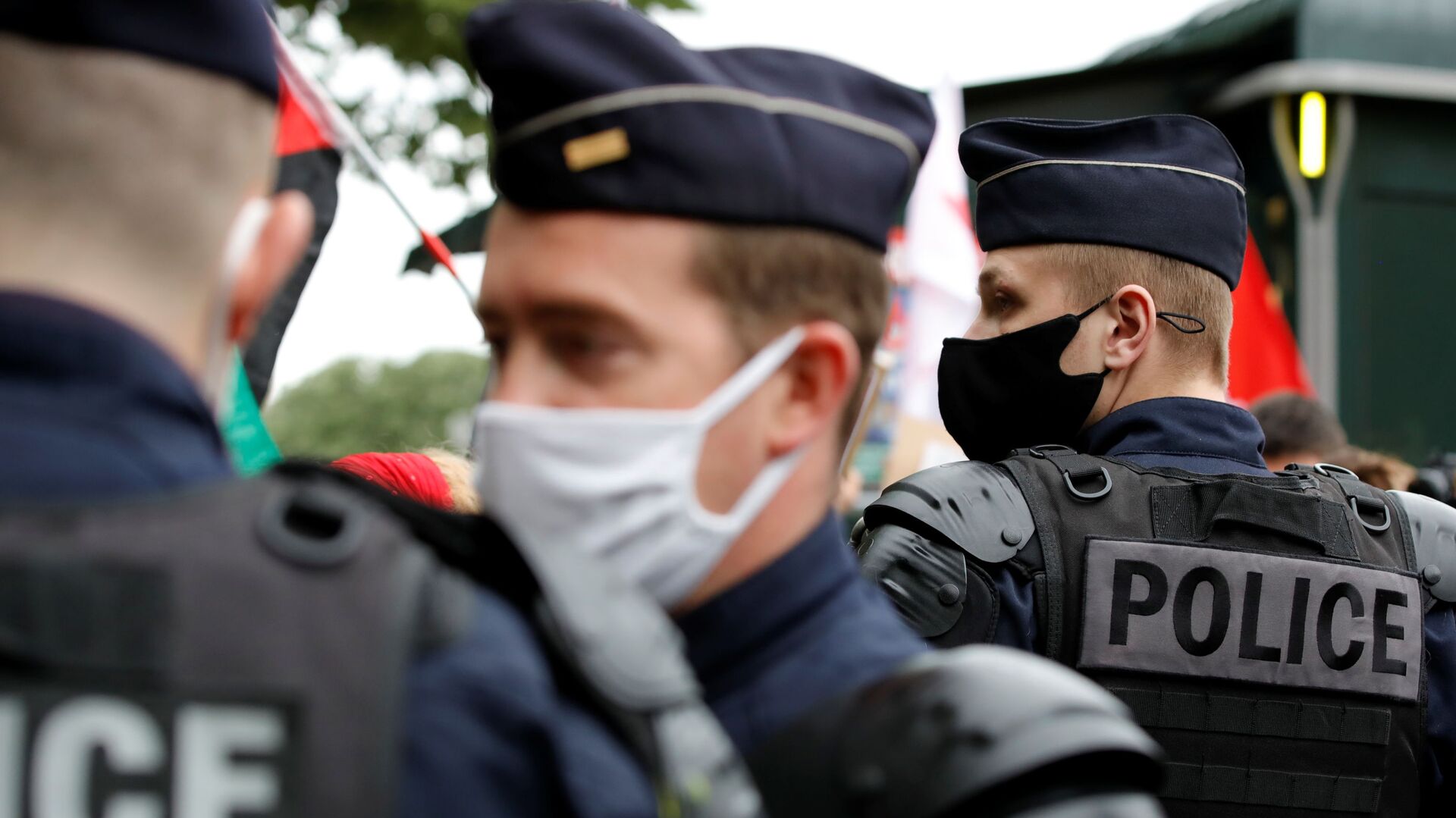 Kirill Kurevlev
Correspondent
All materialsWrite to the author
Fearing a repetition of clashes during a similar situation in 2014, French Interior Minister Gerald Darmanin had asked the police to prohibit a pro-Palestinian rally in Paris this weekend over the conflict with Israel.

The police ban on a pro-Palestinian protest scheduled for Saturday in Paris was upheld by a French court on Friday, Agency France Presse reported, citing organizers.

Following Israel's latest attacks on the Gaza Strip, the Paris police prefecture released an order on Thursday prohibiting a rally scheduled in the French capital as part of the worldwide pro-Palestinian weekend rallies.

"I have asked the Paris police chief to ban the protests on Saturday linked to the recent tensions in the Middle East," the interior minister said on Twitter.

According to the report, activists organized the demonstration in the Barbes district of northern Paris to protest Israel's use of force in Gaza in response to rocket barrages launched at the Jewish state by Hamas' armed wing. They reportedly aim to appeal the ruling.

"Serious disturbances to public order were seen in 2014," Darmanin added, referring to protests during Israel's previous war in Gaza, which it called "Operation Protective Edge." He called on police chiefs across France to remain cautious in the face of new protests.

The protest organizers, on the other hand, said they had no plans to cancel Saturday's action.

"We refuse to silence our solidarity with the Palestinians, and we will not be prevented from demonstrating," a translation of the Association of Palestinians in the Ile-de-France capital region statement reads. 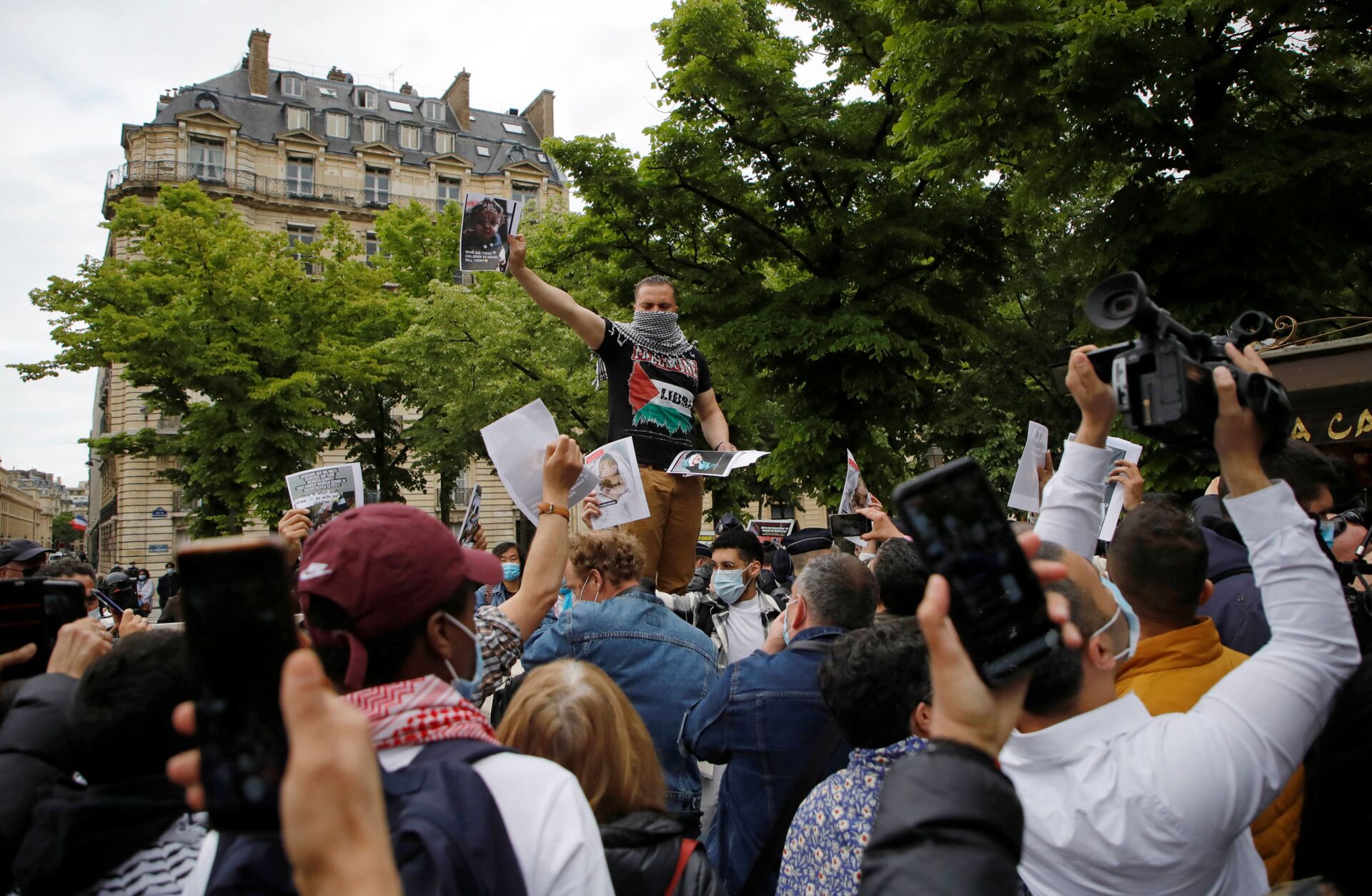 In the summer of 2014, several Palestinian solidarity protests took place in France to protest an Israeli offensive on the Gaza Strip. However, on July 19, 2014, according to the outlet, tens of thousands of demonstrators defied a ban on a rally in Barbes, and the rally quickly devolved into violent clashes that lasted for hours.

On Wednesday, the head of the French Palestinian rights advocacy organization Association France Palestine Solidarité (AFPS), Bertrand Heilbronn, was detained by Paris police for several hours near the foreign ministry building before being released.

According to the AFPS statement issued afterward, Heilbronn was apprehended after meeting with a French foreign ministry counselor as part of a delegation that included members of parliament and representatives from trade unions and organizations.

Since Monday, several countries have seen anti-Israel protests. In some of them, such as in Germany, police were required to use specialized weapons against more militant demonstrators in some situations. For instance, activists in the German cities of Bonn, Munster, and Gelsenkirchen targeted or attempted to attack synagogues.

Clashes between supporters of Palestinians and Israel also took place in New York. In Greece, police were forced to use tear gas and stun grenades against pro-Palestinian demonstrators, some of whom climbed onto police vehicles and threw things at law enforcement officers.

The current civil unrest in Jerusalem sparked a new round of hostilities along Israel's border with the Gaza Strip, with Palestinian militants firing rockets at Israeli settlements on a daily basis. So far, seven civilians and one Israeli serviceman have been killed. Israel retaliated by attacking Gaza, killing a number of militants, including several high-ranking field commanders. The Israeli attacks killed more than 120 Palestinians, according to the enclave's health officials, and at least 11 Palestinians have been killed in protests in the West Bank, officials have said.