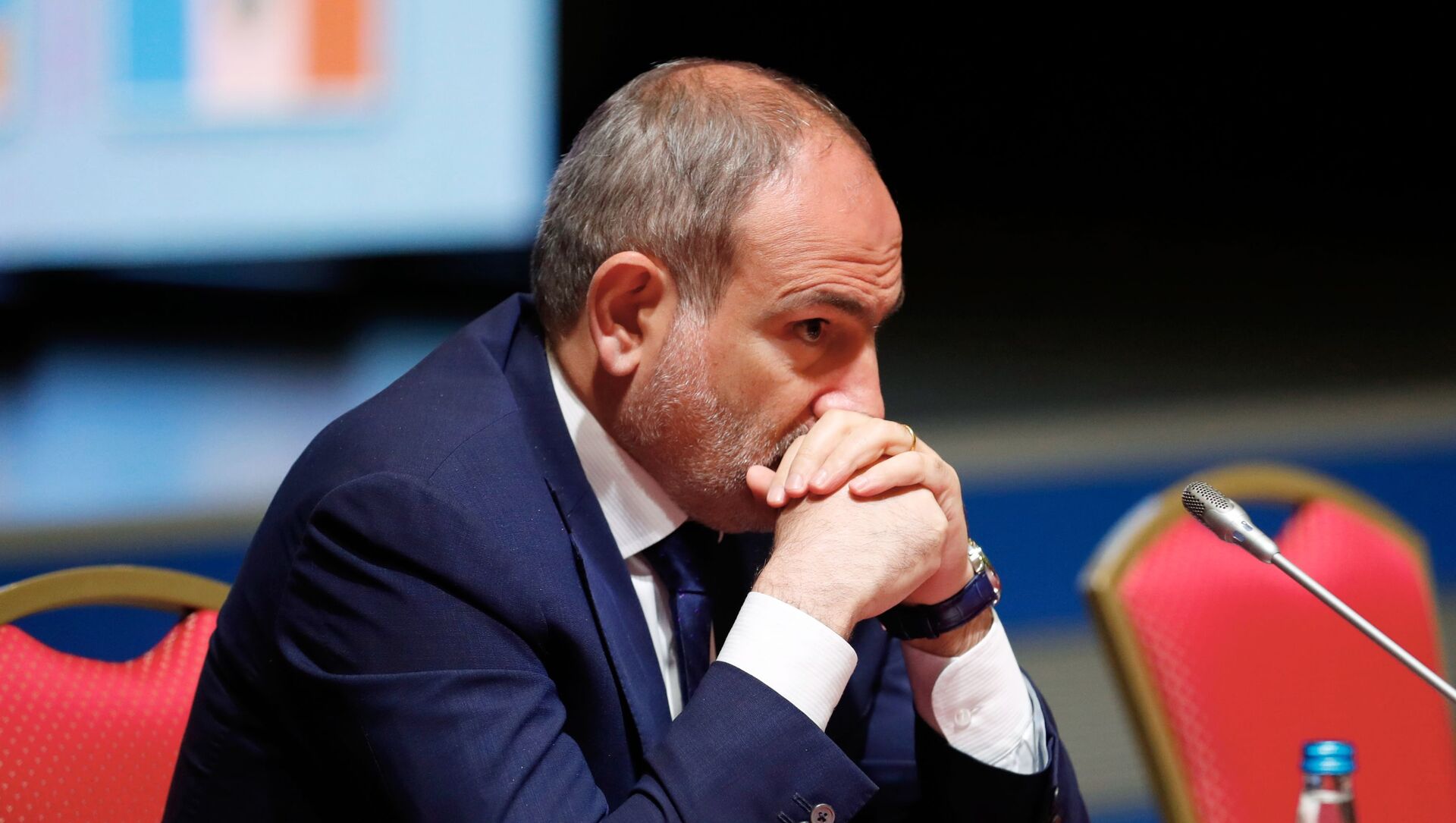 The development comes as the Armenian military declared that Azerbaijani forces violated Armenia's border in the Syunik Province, an area wedged between Azerbaijan’s mainland to the east and the Nakhchivan autonomous republic, an Azeri enclave, to the west.

Nikol Pashinyan, the interim prime minister of Armenia, has said that he wrote a letter to Russian President Vladimir Putin asking for military assistance amid the tensions with Azerbaijan over the situation in the Syunik Province.

Azerbaijani Military Tried to Move Their Posts Deeper Inside Armenian Territory, Yerevan Says
Pashinyan has noted that French President Emmanuel Macron told him Paris was ready to help international efforts to solve the crisis after the Azerbaijani military crossed into Armenian territory.

According to Pashinyan, he did not ask for Russia’s assistance during a recent phone conversation with Putin as "the approaches of the sides to the problem are essentially identical."

"The Russian president said that he himself believes that the Azerbaijani armed forces should leave Armenia, and there is a more important part that was stated last night: an agreement was reached that today the Azerbaijani armed forces had to carry out these actions, that is, leave the territory of Armenia," Pashinyan said during an extraordinary session of parliament.

According to the acting prime minister, Azerbaijani troops already left the Armenian territory in several places.

"The reason that I did not appeal yesterday [to Putin for help] Is that the day before it was stated at the highest level that today the troops were to be withdrawn. But since the course of the negotiations showed that, in any case today, the agreement will not be fully implemented, I turned to the Russian president so that Russia would provide assistance to Armenia in this situation, including military assistance," Pashinyan said.

The Armenian Defense Ministry has claimed that the Azerbaijani armed forces attempted to carry out certain work "to clean the borders" in Syunik region. After the development, Pashinyan instructed acting ministers of foreign affairs and defense to take measures to launch the CSTO consultations.