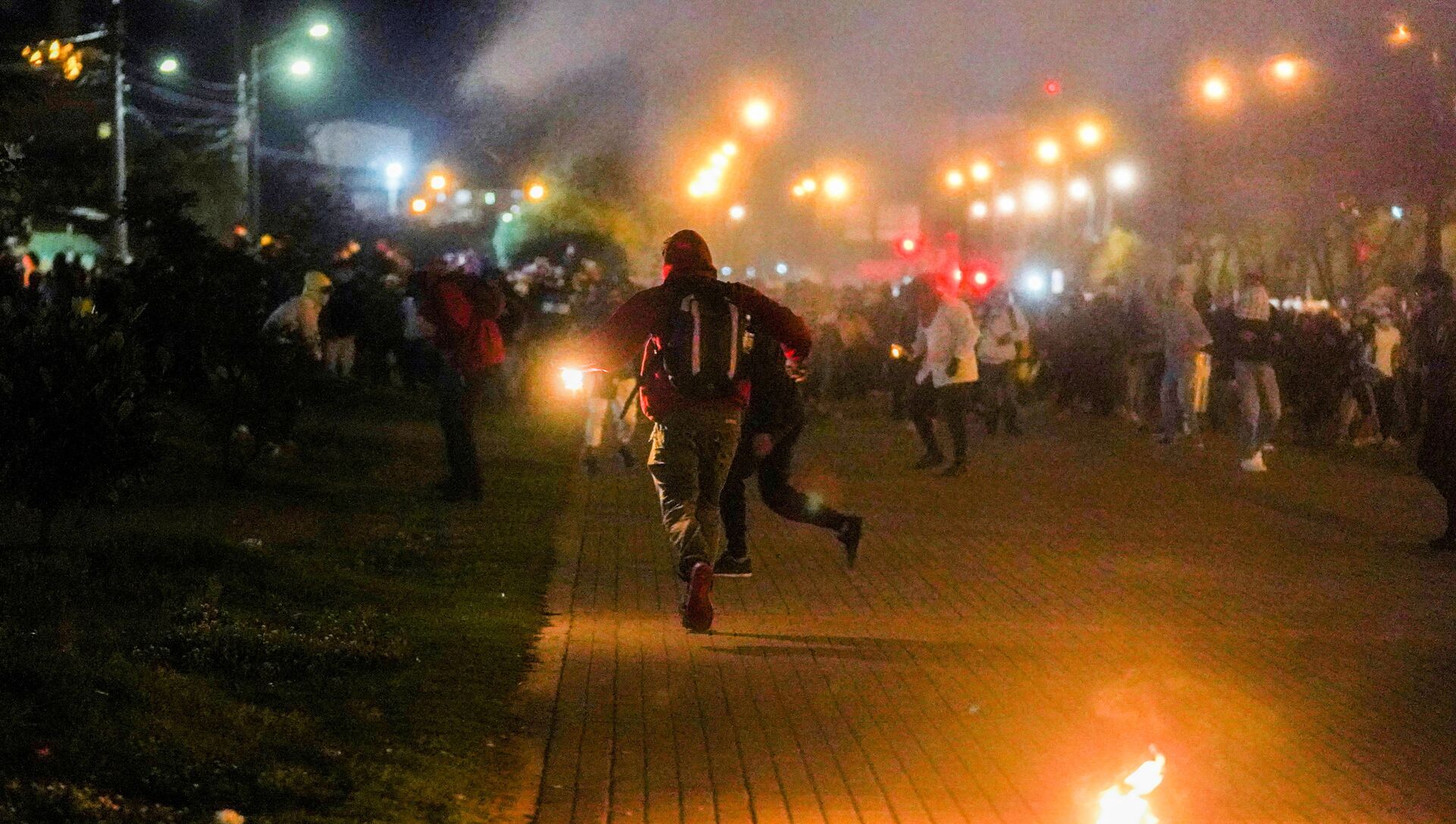 Gaby Arancibia
All materialsWrite to the author
Thousands of Colombians have been taking to the streets to protest against the policies of Colombian President Iván Duque Márquez, highlighting their discontent after the government proposed tax increases amid the COVID-19 pandemic.

Riot police stationed near the Plaza de Bolivar in Bogotá, Colombia, deployed a series of stun grenades late Wednesday against a bevy of protesters, marking the latest escalation in tensions with local authorities.

Video captured by Sputnik correspondent Wyatt Reed documents multiple service members walking out onto the plaza and deploying a variety of stun grenades, effectively prompting protesters to disperse onto nearby streets.

Closures extending for at least five blocks were implemented around Colombia's Capitolio Nacional, which serves as the headquarters for both chambers of the country's congressional lawmakers.

Forces with Colombia's National Police were later seen on department-issued motorcycles attempting to corral demonstrators who had left the plaza in an effort to get away from the tear gas.

Earlier, reports surfaced detailing that dozens had been killed in the wake of ongoing protests, and that hundreds had disappeared, a scenario all too familiar with those living in South America and abroad. 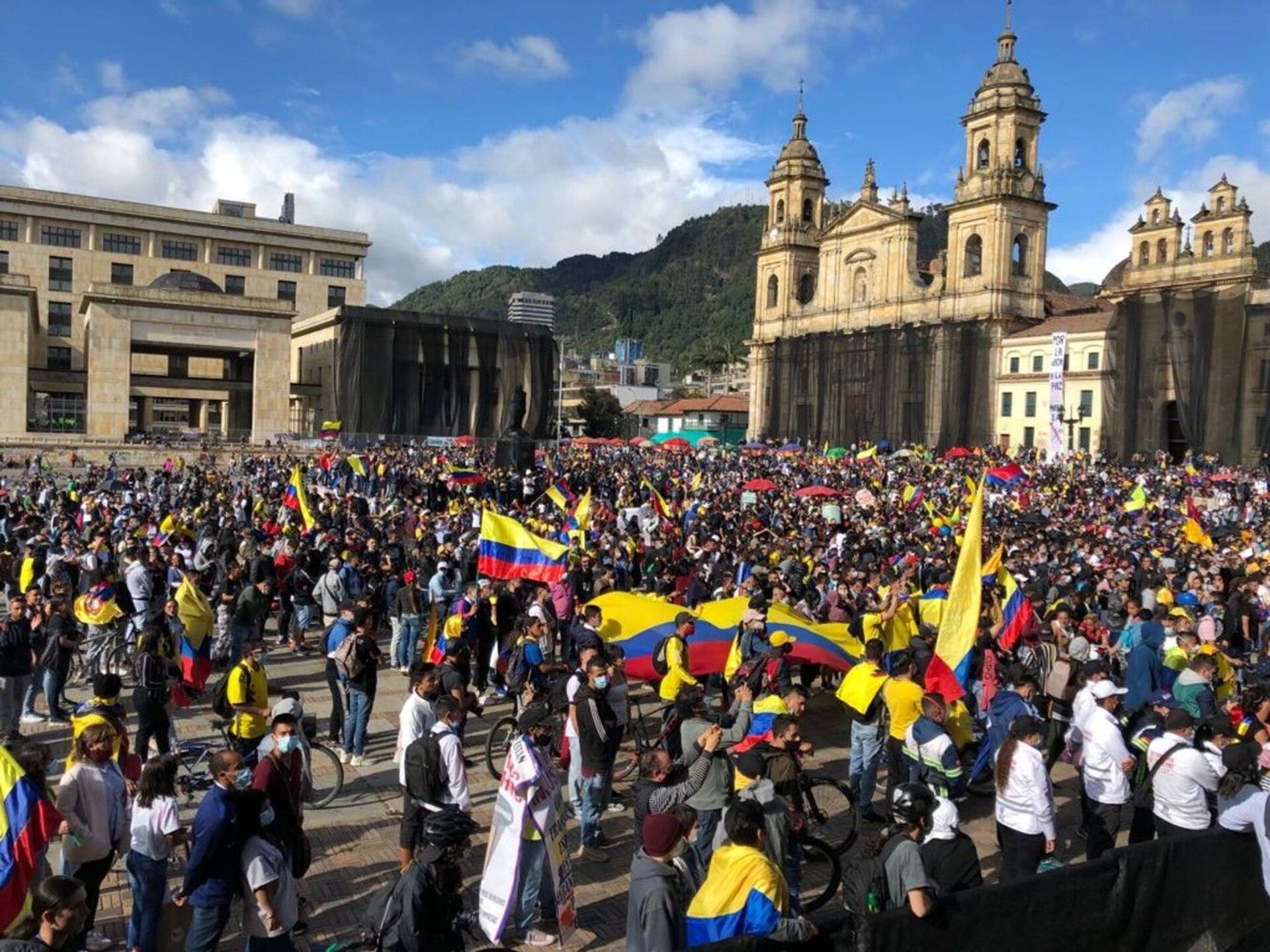 Hundreds of protesters are seen in gathering in the Plaza de Bolivar in Bogota, Colombia, amid raging anti-government protests.
© Sputnik / Mindia Gavasheli

Rallies in Colombia have been held since late April, after the federal government proposed an increase in gas prices and utility bills as part of a tax reform proposal. Although the Colombian president later indicated that the legislative reform would not be imposed, demonstrations have continued, underscoring everyday Colombians' outrage at the country's politicians.

Student organizations are also taking the opportunity to demand a review on the dissolution of the riot police, the demilitarization of cities and calling for punishment against authorities who have killed protesters, among other demands.