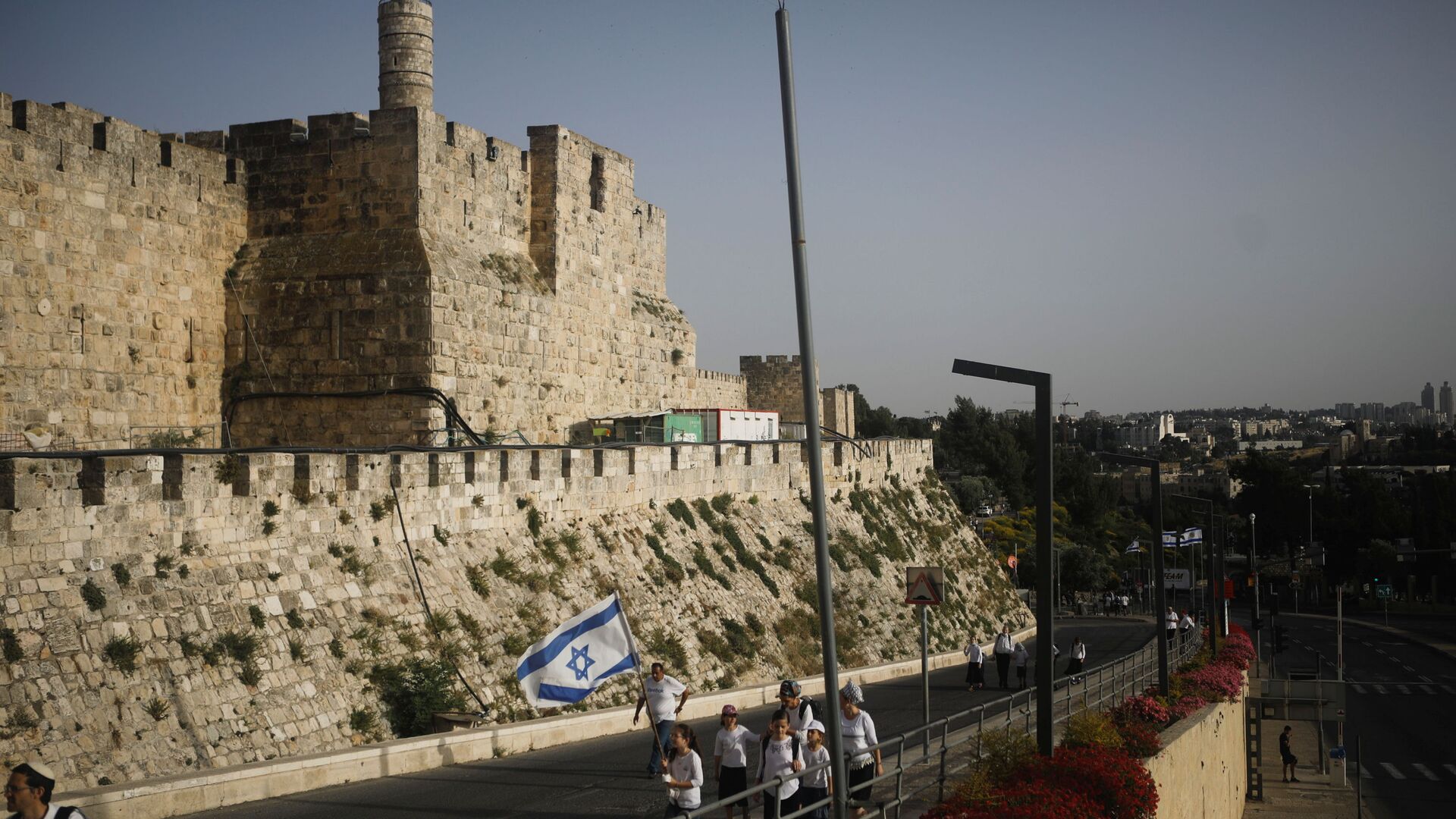 Kirill Kurevlev
Correspondent
All materialsWrite to the author
The Arab protests near the Temple Mount and in the Sheikh Jarrah quarter were sparked by the Israeli authorities' attempt to evict some Palestinian families from al-Quds' Sheikh Jarrah neighborhood. The situation has grown even tenser after prompting exchanges of rocket fire between Israel and Gaza.

Hundreds of Palestinians have received a threatening text message from "Israeli intelligence," warning them against participating in anti-Israel demonstrations, the Middle East Eye reported.

In the midst of the growing tensions, many people in the Old City have reportedly confirmed receiving threatening texts in the last several days.

“Hello! You have been identified to have taken part in violent acts at al-Aqsa Mosque. We will hold you accountable. - Israeli intelligence,” the message reads, according to shared tweets.

Many Palestinians are receiving this message to their phones.

“Hello!
You have been identified to have taken part in violent acts at Al-Aqsa Mosque. We will hold you accountable.
- Israeli intelligence.”

Israel likely using a GPS system, like the one for corona outbreaks. pic.twitter.com/aUKkPePMqU

A text message the shooter working with us received. It says “Hello, we’ve learned that you participated in the violent clashes at Alaqsa mosque. You will be held accountable. Signed: Israeli Intellgience.” Not sure if someone is trolling or it’s real. We tried calling, no answer pic.twitter.com/cxbtuExPRX

​According to the report, some activists believe it is an effort to prevent Palestinians from visiting the mosque, which is one of Islam's most respected holy sites and has become a symbol of resistance.

All of the messages reportedly came from the same phone number, which did not answer those who tried to call it.

'Nothing Justifies It': Netanyahu Vows to Restore Order to Israeli Cities Amid Deadly Clashes
Some of the city's residents reportedly believe that the messages were being sent on the basis of GPS data, as they were allegedly received even by those who simply live in the area of the mosque. Some suspect that the Israeli authorities might be behind it.

While Israel and Hamas are exchanging rocket fire, riots and ethnic clashes have erupted not only in East Jerusalem, but also in several other cities across the country. The riots have seen the burning of buildings, cars and attacks on civilians, with the mayor of the city of Lod urging Israeli authorities to send troops to the city, as the situation there was akin to "civil war."

Earlier in the day, the Israeli Prime Minister Benjamin Netanyahu denounced the events and violent clashes between Jews and Arabs in Israel's towns, saying that "nothing justifies it," and vowed to restore security and order in the country's settlements.