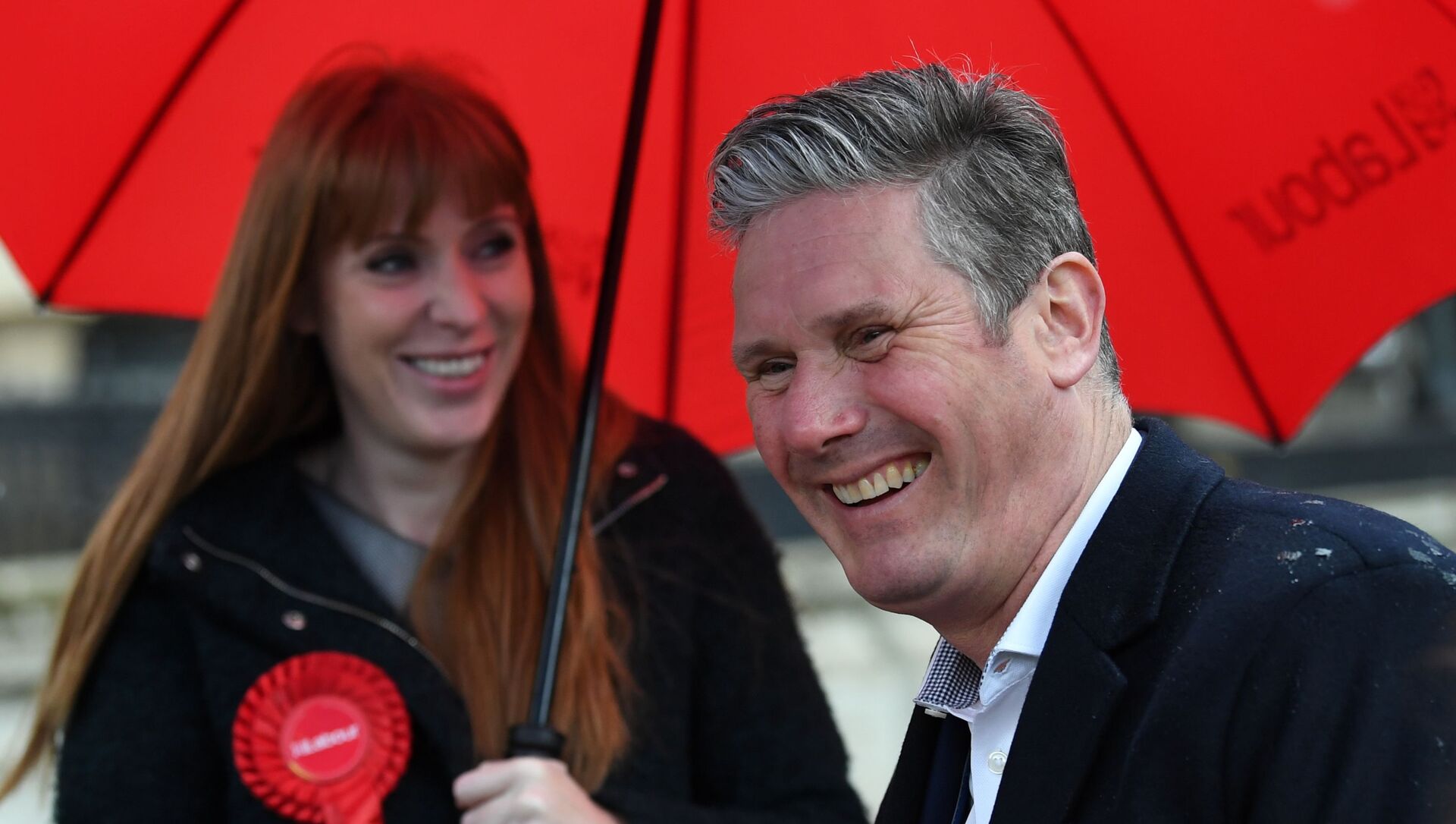 © REUTERS / POOL
Subscribe
The parliamentary constituency of Batley and Spen has been held by Labour since 1997 but in 2015 local MP Jo Cox was murdered by a British nationalist. Now Labour leader Sir Keir Starmer faces a by-election, knowing defeat could spell the end of his reign.

The Labour Party faces another key test of its political popularity later this summer when it must defend the marginal seat of Batley and Spen in a by-election caused by the departure of MP Tracey Brabin.

Brabin, 60, was elected this week to be the first metropolitan Mayor of West Yorkshire - a large region including the cities of Leeds, Bradford, Huddersfield and Halifax as well as her former constituency.

Brabin will now request to become a Crown Steward and Bailiff of the Chiltern Hundreds, an antiquated parliamentary process which effectively means she is resigning as an MP.

​The last person to do that was Mike Hill, who resigned as MP for Hartlepool in March, triggering the by-election which Labour lost by a catastrophic margin last week.

The Labour hierarchy chose to replace him with Paul Williams, a former MP for nearby Stockton South who had voted numerous times against Brexit during his brief spell in Parliament between 2017 and 2019.

Williams was a terrible choice and lost the seat by almost 7,000 votes and many Labour supporters in the north of England are worried Starmer will make the same mistake with the candidate for Batley and Spen.

Brabin had a majority of 3,525 at the 2019 general election, which is similar to the margin Mike Hill had in Hartlepool in the same year.

The left-wing No Holding Back group, led by Labour MPs Ian Lavery and Jon Trickett, have called for the Batley candidate to be “working class”, local and preferably a key worker like an NHS worker and urged Starmer “not repeat the errors that brought us such a humiliating defeat” in Hartlepool.

By-elections can take place up to six months after the MP decides to step down but usually they are quicker, especially when the incumbent has another role to take up, as Brabin does.

We did it! I'm proud to be the first West Yorkshire Metro Mayor and I'm incredibly humbled and grateful for every single vote. I will fight for every single resident so everyone has the opportunity to succeed. Thank you. pic.twitter.com/EimN6Ga7I0

​So the Batley by-election could be as soon as late June or early July.

That does not give Starmer much time to improve his image and the party’s political offer to voters in the north of England, who deserted Labour in droves in last week’s council elections.

Last week, in the wake of the devastating result at Hartlepool, Starmer repeated the mantra “we have to reconnect with voters” three times in a car crash interview with the BBC’s Laura Kuenssberg.

He hinted he was about to reveal some new policies but so far there has been nothing but a tepid shadow cabinet reshuffle, with speculation that certain people had refused to be moved or demoted.

Batley and Spen is an unfortunate place for such a pivotal political battle.

Lets have Dennis Skinner as prospective Labour Candidate for Batley & Spen why not? pic.twitter.com/wo3oIS5ngq

​In June 2016 the then MP Jo Cox was shot and stabbed to death a few days before the Brexit referendum by Thomas Mair, a white supremacist thug who shouted "Britain first" before he attacked her.

Mair was jailed for life and Brabin was elected in a special by-election which none of the other major parties fought, out of respect for Ms Cox. 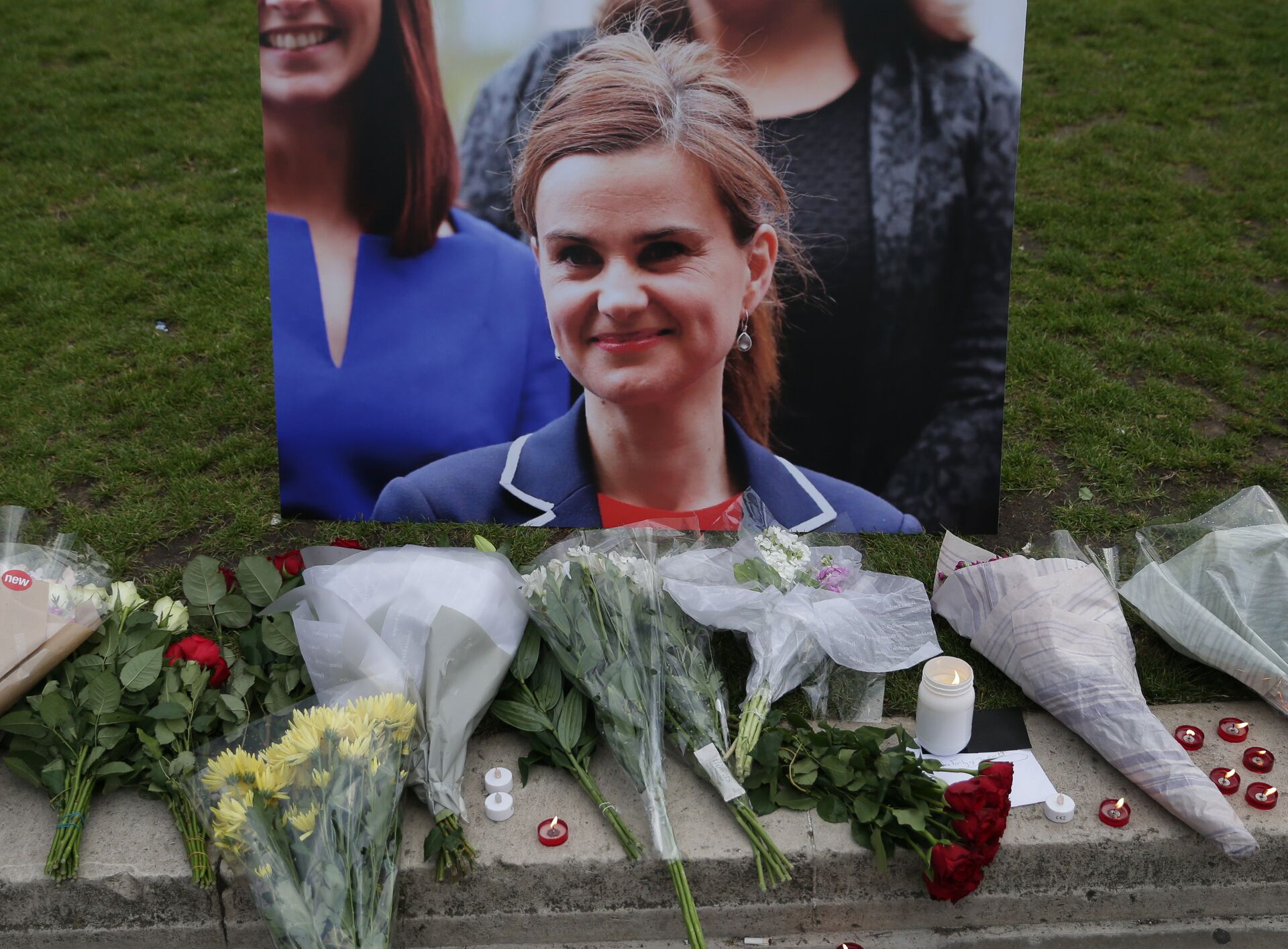 Floral tributes and candles placed by a picture of slain Labour MP Jo Cox at a vigil in Parliament square in London. (File)
© AFP 2021 / DANIEL LEAL-OLIVAS

But earlier this year Batley was back in the headlines when a religious education teacher at the town’s grammar school received death threats after he showed his students a cartoon of the Prophet Muhammad.

Can't wait for the Batley by-election when local people show what they feel about that teacher being hounded from job and home by a muslim mob who didnt like him showing the cartoon of the Prophet Mohammad to pupils. Labour's MP kept schtum so my bet is the Tories will win.

​The teacher, who was not named, was suspended and went into hiding after parents of some of his Muslim students protested against him using a cartoon in class that was taken from the French satirical newspaper Charlie Hebdo.

"My son keeps breaking down crying and says that it's all over for him… He is worried that he and his family are all going to be killed," the teacher’s father told the Daily Mail.

It is thought the Conservative Party may seek to exploit divisions in the constituency over how the Batley Grammar School teacher was treated.

Many white British voters have been angered by the vilification of a teacher who was simply educating his pupils about freedom of speech and although Batley has a significant Muslim population who were outraged by the use of the cartoon, they are not by any means in the majority.

​The influential website LabourList says the frontrunners to be chosen as the Batley candidate include Salma Arif, a Muslim councillor in Leeds, and an insider said the party machine was “already working in her favour.”

Whoever Labour chooses as its candidate will have to pick their words carefully when asked about the Batley Grammar School issue and the wider principles of freedom of speech against religious sensitivities.