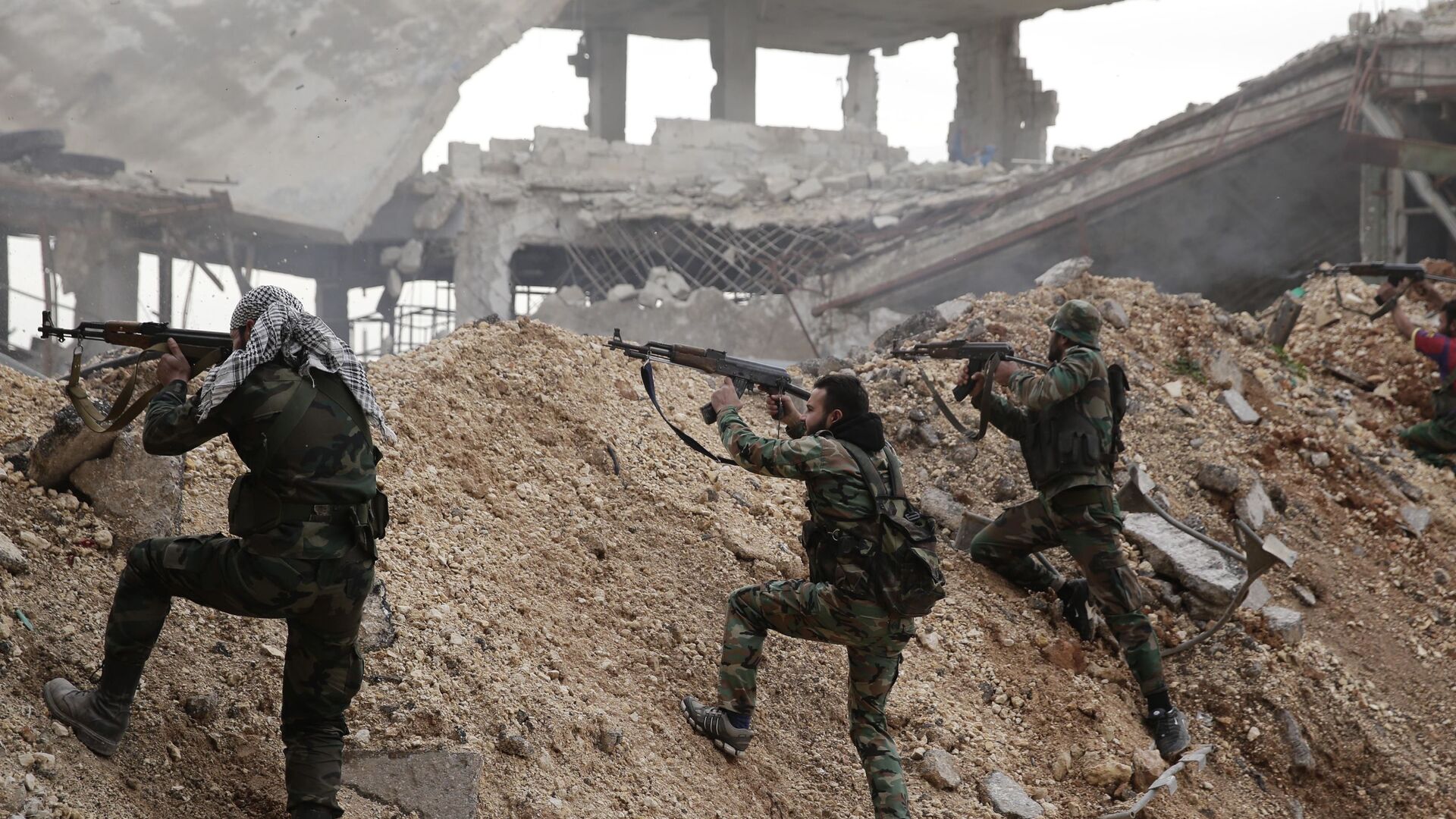 MOSCOW (Sputnik) - Syrian government troops, with the support of Russia's Aerospace Forces, have eliminated 338 terrorists in Syria since April 23, a spokesman for the Russian group of forces in Syria told reporters.

"Units of the Syrian government troops, with the support of the Russian Aerospace Forces, continue reconnaissance and search operations in the Syrian desert. Since April 23, a total of 338 militants of terrorist groups have been eliminated and 44 militants have been detained, 20 pieces of equipment have been captured and six pieces have been disabled, 38 objects and 45 shelters have been destroyed," the spokesman said.

He said that "thanks to the competent organization of joint reconnaissance and search operations, significant damage in manpower and equipment was inflicted on terrorist groups, and terrorist attacks against the military and civilians of the Syrian Arab Republic were prevented."

The spokesman said 26 caches of militants, more than 21.5 tonnes of ammunition, as well as 7 tonnes of materiel and other property of terrorists were found.

Engineering units of the Syrian Armed Forces inspected 2,530 kilometers of roads and 865 buildings, and cleared three areas of mines.