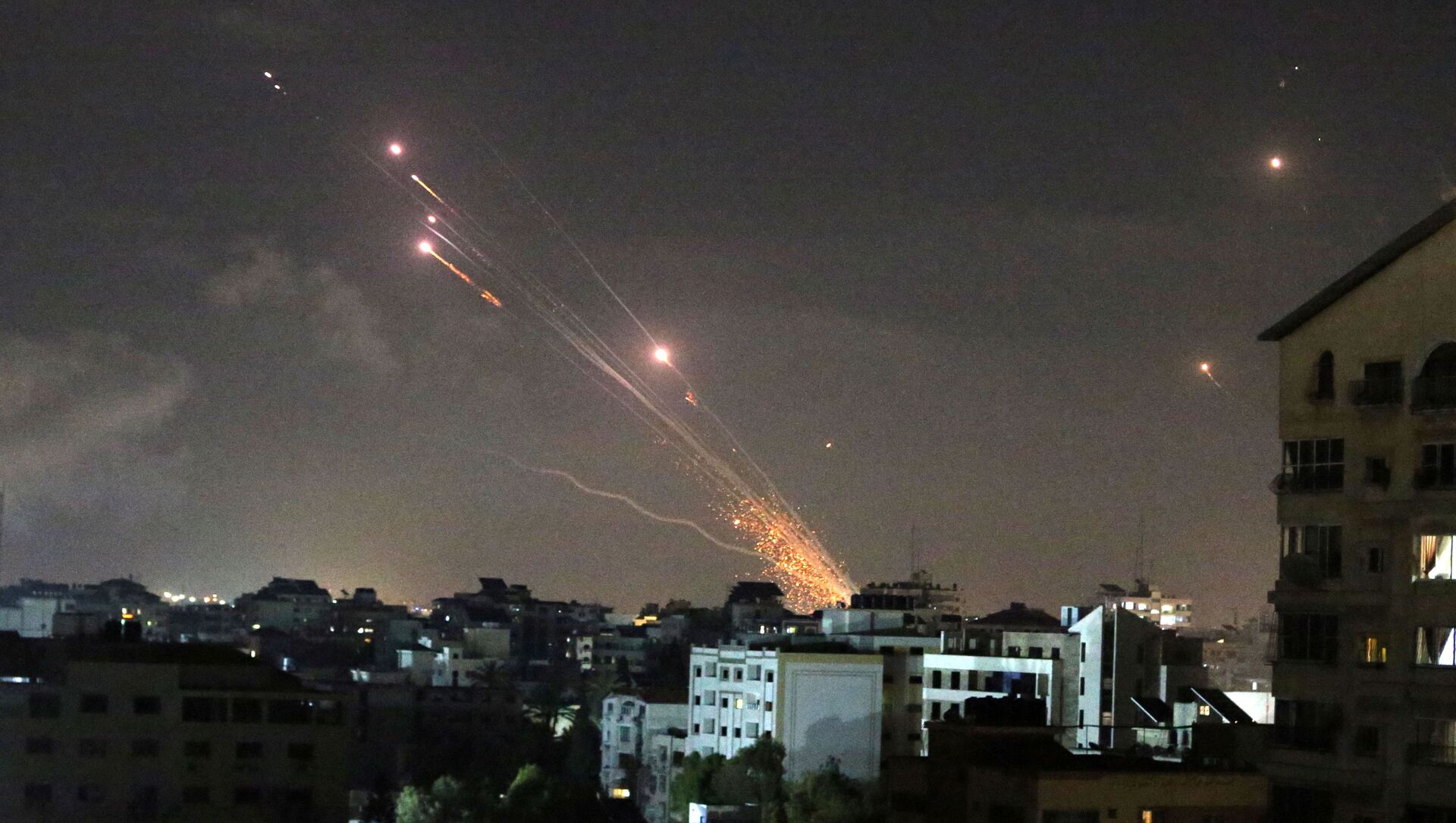 Kirill Kurevlev
Correspondent
All materialsWrite to the author
On Monday evening, the situation on the Israeli and Gaza Strip border exploded. As a result of almost continuous rocket attacks on Israeli settlements, several Israelis were killed and hundreds were injured. Israel attacked the Gaza Strip, hitting targets of Palestinian fighting groups, killing several militants, including senior warlords.

Dozens of rockets fired from Gaza were launched toward central Israel. Red Alert sirens were heard over several cities and entire regions, the Israel Defense Forces reported on Thursday night.

The most recent rocket barrages were reported in the cities of Ashkelon, Ashdod and Tel Aviv.

The sirens were heard over the skies of the city of Ashkelon, the country's capital Tel Aviv and several other towns, according to reports. The IDF said that sirens were activated in northern Israel as well.

🚨 Sirens are sounding in southern, central AND northern Israel. 🚨

Israelis living all across the country are running for shelter as Hamas terrorists fire more rockets at Israel.

Following the reports of rocket barrages, the Izz ad-Din al-Qassam Brigades, the military wing of the Hamas movement, said on Thursday that it had fired rockets at Tel Aviv in response to the ongoing Israeli strikes on the Palestinian enclave.

"Al-Qassam Brigades has carried out a rocket strike on Tel Aviv in response to the ongoing bombardments of the civilian facilities in the Gaza Strip," the Hamas military wing said in a statement.

Shortly after they reportedly announced that they fired rockets toward Jerusalem as well, although no sirens have been reported in the city at the moment.

Videos of recent missile barrages and the situation on the ground have been circulating on social media. The explosions can be heard on a video shot at Tel Aviv's Ben Gurion International Airport.

I had to run to the shelter ! #Israel #Gaza pic.twitter.com/Z3v6cbt1zR

According to local media reports, another barrage of rockets has been launched at central Israeli settlements, forcing residents of Or Yehuda, Kfar Chabad, Savyon, and Rishon Lezion to seek refuge in bomb shelters.

#Update: Another video of new a new barrage of rockets launched from #Gaza into #Israel over #TelAviv right now with sirens blazing non stop for 15 minutes. pic.twitter.com/CsBmjnUT2e

Sirens are currently being heard from Rehovot to Shimshit in the Galilee, northwest of the Arab city of Nazareth, according to reports.

Shortly after, the IDF released a video of air attacks by Israeli fighters on targets in Gaza.

Earlier in the day, Israeli Prime Minister Benjamin Netanyahu pledged that Israel's retaliation is "just the beginning" and that Hamas and other Palestinian militants will pay with their lives for the attacks.

Since the fire exchange erupted, Gaza-based fighters, including Hamas, have fired more than 1,500 rockets at Israel, making it the single largest assault on the Jewish state this year. Although Israel's Iron Dome air defenses intercepted the majority of the missiles, some managed to get through, causing damage to buildings and vehicles and killing at least six people.