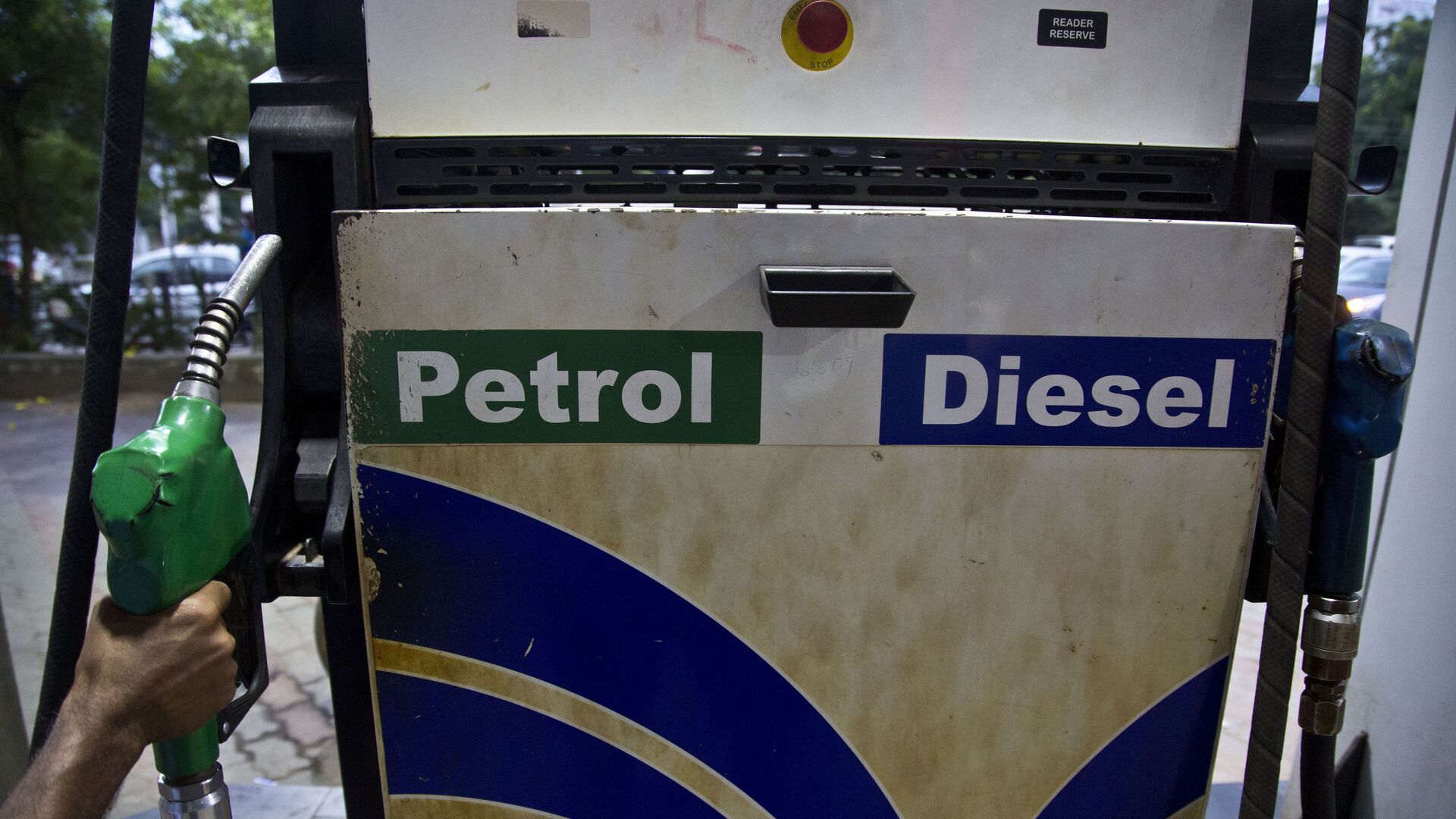 Radhika Parashar
All materialsWrite to the author
As India's economy reels under the second wave of coronavirus, the government is increasingly relying on tax receipts from fuel to balance the books.

As the country struggles with a worsening health and economic crisis, the price of petrol and diesel in India has risen for the seventh time in less than a fortnight, rendering basic travel an extravagance for citizens, most of whom are already spending a fortune on medical bills.

The cost of petrol in some Indian regions - such as Madhya Pradesh state - reached INR 100 ($1.40) per litre on Wednesday, which is costs middle-class Indians a pretty penny, given that most of them own cars and motorbikes that need constant re-fuelling.

Talking to Sputnik, Raj Kummar a part-time worker at a petrol pump in Jabalpur, a city in Madhya Pradesh, said that people are shocked when they see the price and are not backward in venting do not refrain from venting their fury.

“People are already so tense with this COVID-19 situation — almost every second family has lost loved ones because of this virus, it’s understandable that they do not have more energy or tolerance. When they see the metre showing INR 500 ($7) for five litres of petrol, they get really angry and ask, sometimes rudely, sometimes sadly, 'Why are prices so high?' But what can we tell them? Many also curse the government for taking advantage of already troubled citizens,” Kummar says.

Indians Cycle, Pull Vehicles With Ropes, and Have Heads Tonsured to Protest Skyrocketing Fuel Prices
This is the second time this year that petrol prices per litre have touched the INR 100-mark in Indian regions. Prime Minister Narendra Modi’s government has been receiving plenty of flak, after the price of essential commodities such  as petrol and diesel touched an all-time high in February.

Almost three-quarters of India's population (70 percent) live on less than $1,000 a year, which is why inflation has played such a vital role in elections.

The government explains that global crude oil prices have increased by more than 50 percent to $63 per barrel since October 2020, forcing oil retailers to increase the prices at the pumps.

Value-added tax (VAT) also accounts for nearly two-thirds of the retail sale price of fuels in India, which at present is almost equal to the per litre fuel prices, making costs soar.

Earlier this year, Indians from several states also protested against the repeated rises in fuel prices. Turning to satire, people lampooned PM Modi’s government by posting funny videos of innovative and alternative means of transport powered by ropes and bullock-carts.