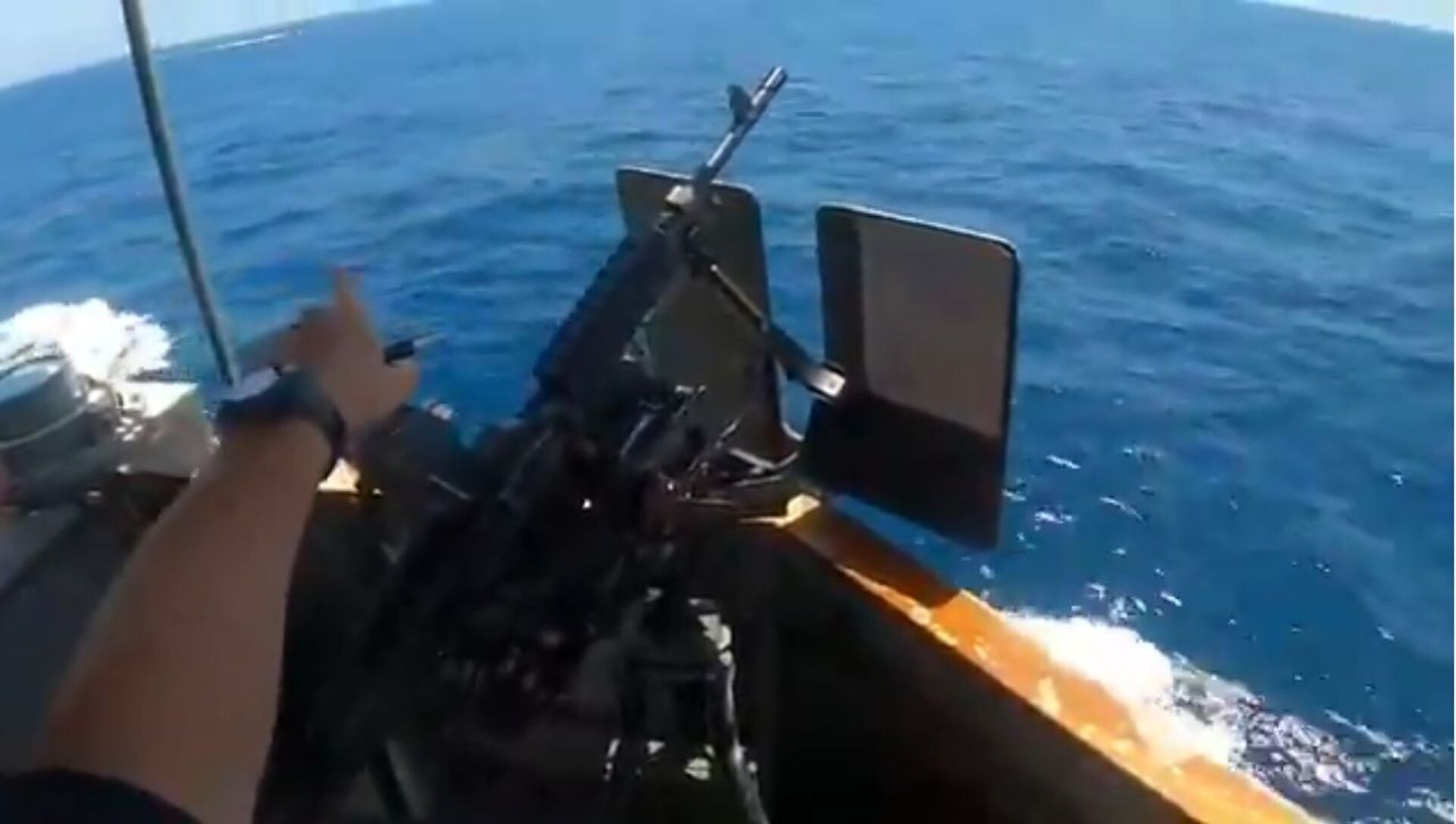 Tim Korso
All materials
Pentagon spokesman John Kirby earlier said that the American warships had to deliver around 30 warning shots before the Iranian speedboats left the vessels in peace.

The US Fifth Fleet has released footage of an encounter on 10 May between a group of American warships sailing through the Strait of Hormuz and the FIAC speedboats and helicopters of the Islamic Revolutionary Guard Corps Navy (IRGCN). The Pentagon had already dubbed the Iranian approach "unsafe and unprofessional".

A view from USS Thunderbolt (PC 12) as IRGCN FIAC & helicopters conduct unsafe & unprofessional maneuvers in close proximity to U.S. forces during a Strait of Hormuz transit May 10.

The US Department of Defense said that 13 IRGCN boats armed only with machine guns followed at close range six American vessels, including a guided-missile cruiser, patrol coastal ships and Coast Guard patrol boats, which had been escorting the surfaced guided-missile submarine USS Georgia. At some point, two IRGCN vessels separated from the group to cross to another side of the US Navy convoy and started following coastal ship USS Squall and patrol boat USCGC Maui.

One of the videos published by the Fifth Fleet, showed USCGC Maui giving acoustic device warnings to the two IRGCN boats. The US military said its ships gave several audio warnings to the Iranian ships, but claimed they ignored all of them. Pentagon spokesman John Kirby noted that only after one of the ships fired around 30 warning shots the IRGCN speedboats departed.

The Pentagon claims that its warships acted in accordance with international regulations for preventing incidents at sea and that they had the right to sail through the international waters in the Strait of Hormuz. The US Fifth Fleet said that the military convoy was conducting "routine" patrol to disrupt the transport of "illicit cargo", which could be used to fund "terrorism & unlawful activity". Washington considers Iran's elite military, IRGC, a "terrorist organisation".

On 9 May the group of warships, which was purportedly harassed by the IRGCN boats, reported seizing an arsenal big enough to equip a "small army" from one of the "stateless dhow" sailing in the international waters of the region. The seized shipment apparently contained Russian-made anti-tank guided missiles and Chinese Type 56 assault rifles, the Fifth Fleet claimed.