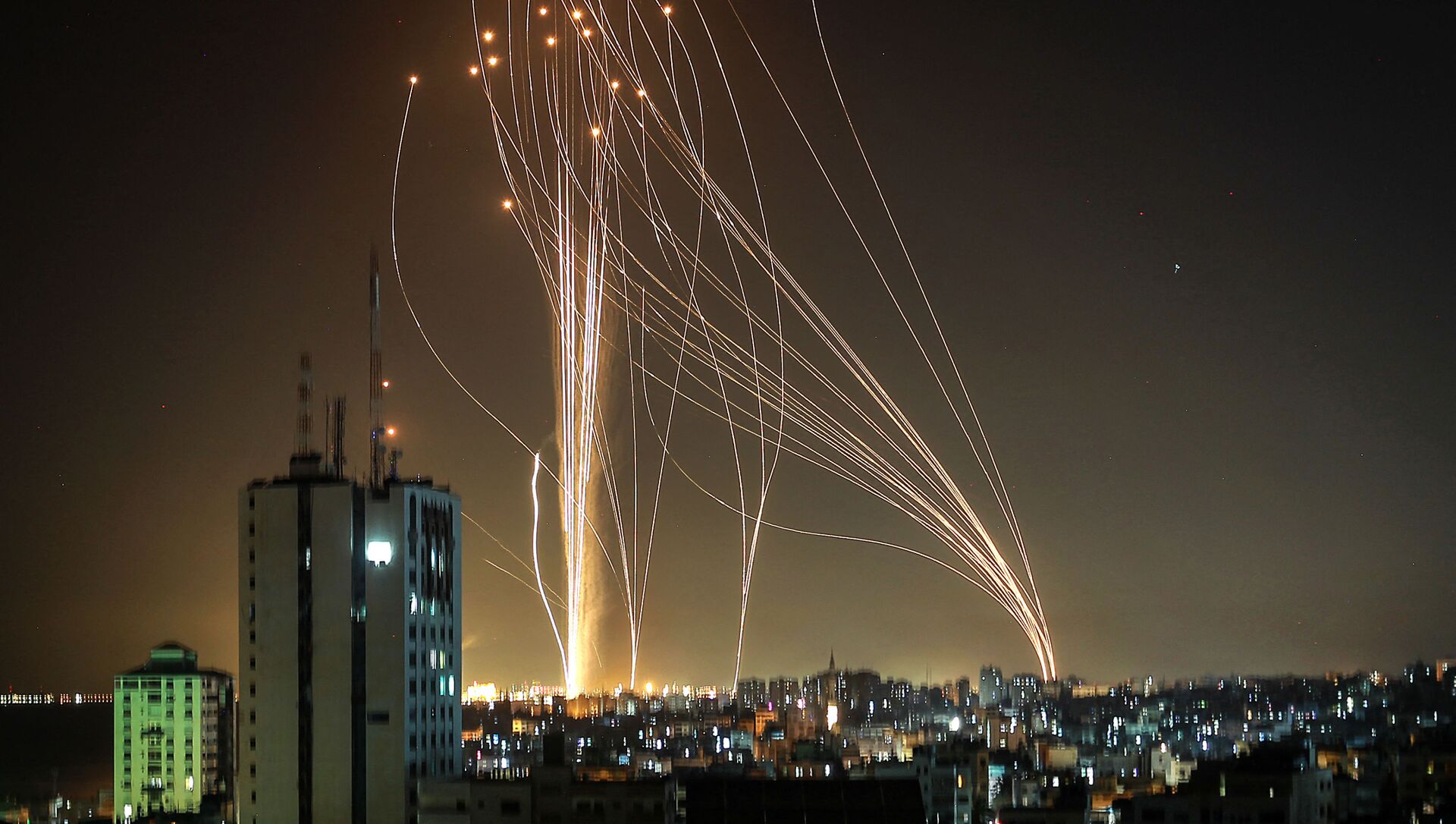 Henry Batyaev
All materialsWrite to the author
Earlier in the day, Hamas and Islamic Jihad militants threatened to attack Tel Aviv in response to an Israeli strike on a residential tower in Gaza.

A woman has been killed in the city of Holon, south of Tel Aviv, as a volley of rockets was fired towards the city, the Israeli police said on Tuesday. A local ambulance service previously told Sputnik that three people, including a child, had been injured near Tel Aviv.

Meanwhile, Channel 20 reported that one person in Rishon LeZion died as a result of the rocket attacks.

A Sputnik correspondent earlier reported that the air raid sirens went off in Tel Aviv as dozens of rockets could be seen being intercepted in the sky by the Iron Dome missile defence system.

Hamas claimed responsibility for the rocket fire, saying it had launched 130 missiles towards Tel Aviv and its suburbs.

​The group previously warned it would launch a rocket attack on the city at 9 pm local time.

Israel’s Channel 12 TV reported that one rocket hit a building in the Holon suburb of the city.

Ben Gurion, Israel's busiest airport, said in a statement to AFP that it has halted all its flights "to protect the country's skies".

Cross-border tensions have intensified over the past 24 hours, as militants in the Palestinian enclave launched a volley of rockets towards Israel, prompting the country's military to retaliate.

The Israel Defence Forces said earlier in the day that over 600 rockets had been fired from Gaza toward Israel since Monday, with most of them intercepted by the Iron Dome air defence system. In response, Israel struck 150 targets of Hamas and the Islamic Jihad group, including two tunnels and a Hamas intelligence facility, as well as sites for the manufacture and storage of weapons. At least 20 Hamas militants were killed in the airstrikes, according to the Israeli military.