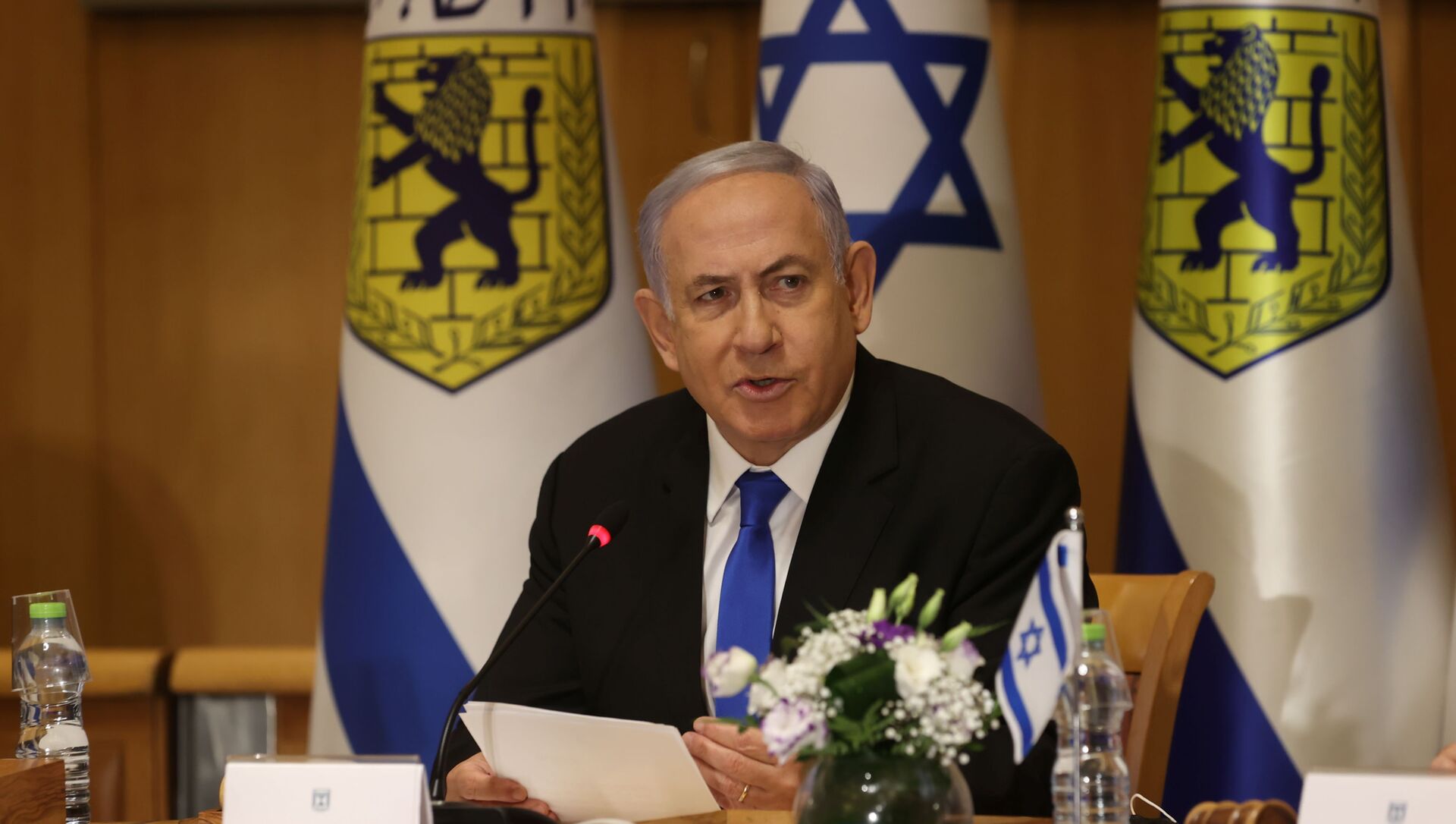 Kirill Kurevlev
Correspondent
All materialsWrite to the author
The borders of the Gaza Strip saw the largest escalation between Israel and the Palestinian Authority in recent years earlier this week. Air raid sirens have been heard in Ashkelon and other Israeli cities surrounding the Palestinian enclave since Monday night.

Prime Minister of Israel Benjamin Netanyahu said on Tuesday during a press briefing with Israeli Defense Minister Benny Gantz that Hamas and Islamic Jihad groups are going to pay a "high price" for the attacks that occurred on the same day and for the recent escalation in general.

"We held a meeting with the participation of security forces to assess the situation. We decided that Hamas and Islamic Jihad will pay a high price for their actions against Israel. I tell you today — they will pay with their own lives. We are united against the despicable enemy," he said.

The prime minister also stated that Israel will continue the attacks on Gaza with full force, and has already struck hundreds of targets in Gaza. He noted that the military campaign will drag on, pledging that the country will make every effort to restore security for the Israelis.

Netanyahu urged citizens to abide the security instructions of the local authorities.

The IDF released a video compilation showing the airstrikes on what it describes as Hamas rocket launchers in the Gaza Strip.

Another video showed a rocket allegedly hitting a high-rise building that the IDF claims was being used by Hamas fighters.

In his turn, Defense Minister Gantz said that the attacks on the Gaza Strip were "just the beginning." The chief of staff of the IDF Aviv Kochavi added that the military has targeted more than 500 Hamas and Islamic Jihad targets in total, hitting dozens of operatives.

Kochavi stated that the IDF was ready for widening the ongoing confrontation. According to media reports, military staff furloughs were canceled in several combat units.

Over 200 rockets were launched from Gaza toward Israel on Tuesday morning, according to the Israel Defense Forces, with the Iron Dome air defense system intercepting the majority of them. Israel retaliated by striking 130 Hamas and Islamic Jihad targets, including two tunnels and a Hamas intelligence base, as well as weapons production and storage facilities.

According to the Israeli army, the airstrikes killed at least 15 Hamas fighters.

The IDF has called on 5,000 reservists to reinforce various units during the "Guardians of the Wall" operation.