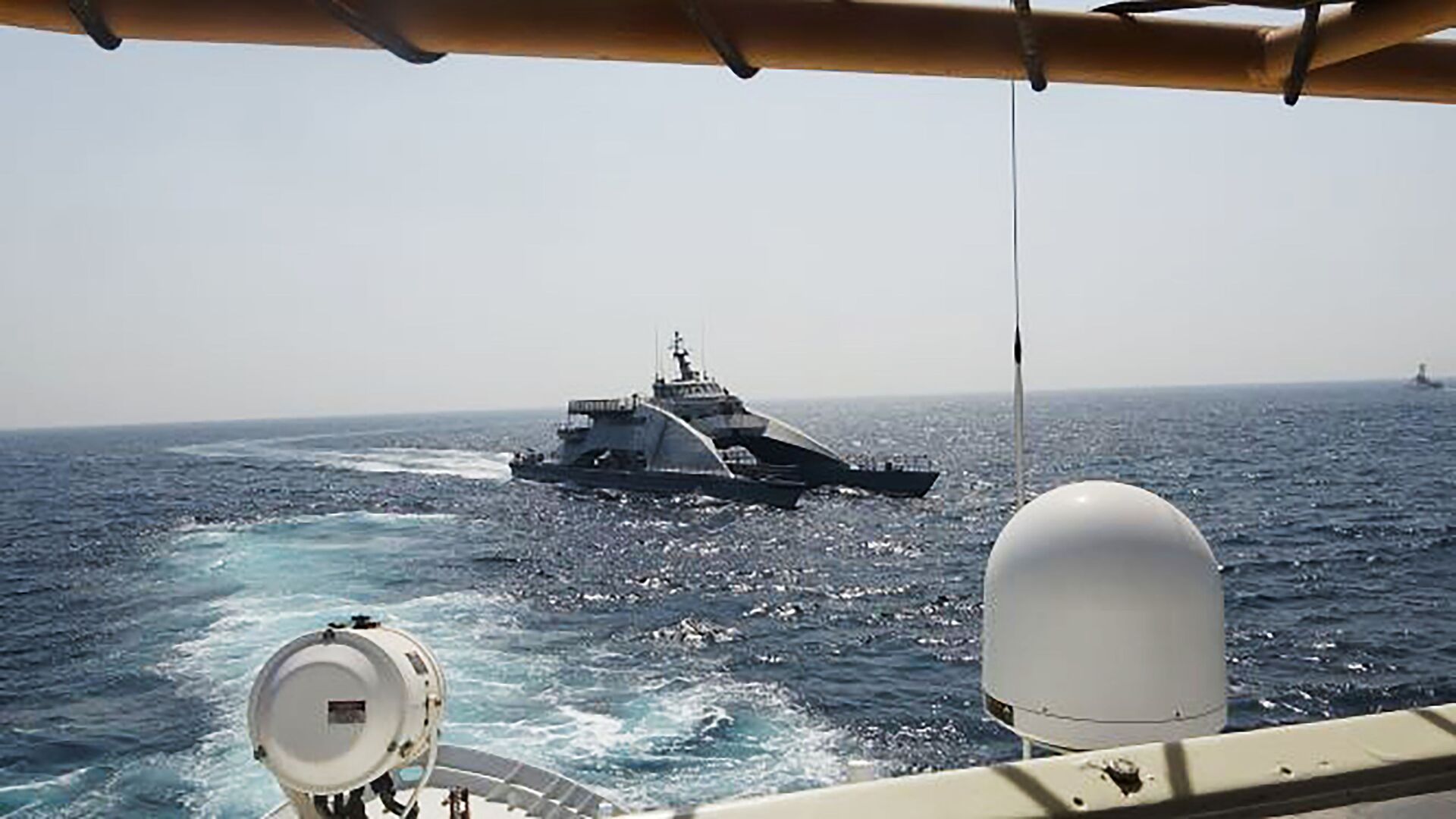 “After following all the appropriate and established procedures ... the US Coast Guard Cutter Maui fired approximately 30 warning shots from a 50-caliber machine gun. After the second round of warning shots, the 13 fast attack craft from the IRGCN [Islamic Revolutionary Guard Corps Navy] broke contact,” Kirby said during a briefing.

Kirby said the boats were armed with machine guns and conducted “unsafe and unprofessional maneuvers” in close proximity to six US Navy vessels, including the cruiser Monterey, which were escorting the guided-missile submarine Georgia through the Strait of Hormuz. The latter is a strategic passage between the Persian Gulf and the Gulf of Oman.

The US Fifth Fleet said in a statement that two of the 13 IRGCN vessels broke away from the larger group, transited to the opposite side of the US formation and approached Maui and the patrol coastal ship Squall from behind at a high rate of speed (in excess of 32 knots) with their weapons uncovered and manned.

Monday's incident is the second instance in recent weeks of the US Navy resorting to warning shots to defuse altercations with IRGC boats in the Persian Gulf.

Video: US Navy Fires Warning Shots After Three Iranian Vessels Make Close Approach in Persian Gulf
In late April, the US Navy disclosed the details about an incident that took place on April 26 in the northern part of the Persian Gulf. After coming into close contact with Iranian vessels at an "unnecessarily close range," US forces fired multiple warning shots at three vessels of the IRGCN.

US and Iranian vessels had previously come close in international waters off the southern Persian Gulf earlier last month, but there were no warning shots fired.

These incidents are taking place as the Biden administration is in the middle of indirect talks with Iran about reviving the 2015 Joint Comprehensive Plan of Action, the nuclear deal from which former President Trump removed the US in 2018. Iran wants the US to lift sanctions that have been in place against it for the past three years, while the US wants Iran to avoid enriching uranium above agreed-upon levels.

The Fifth Fleet urged Iran's forces to operate with due regard for the safety of all vessels and vowed to continue to fly and sail "anywhere international law allows."