French Military Claims 'a Civil War is Brewing' in France 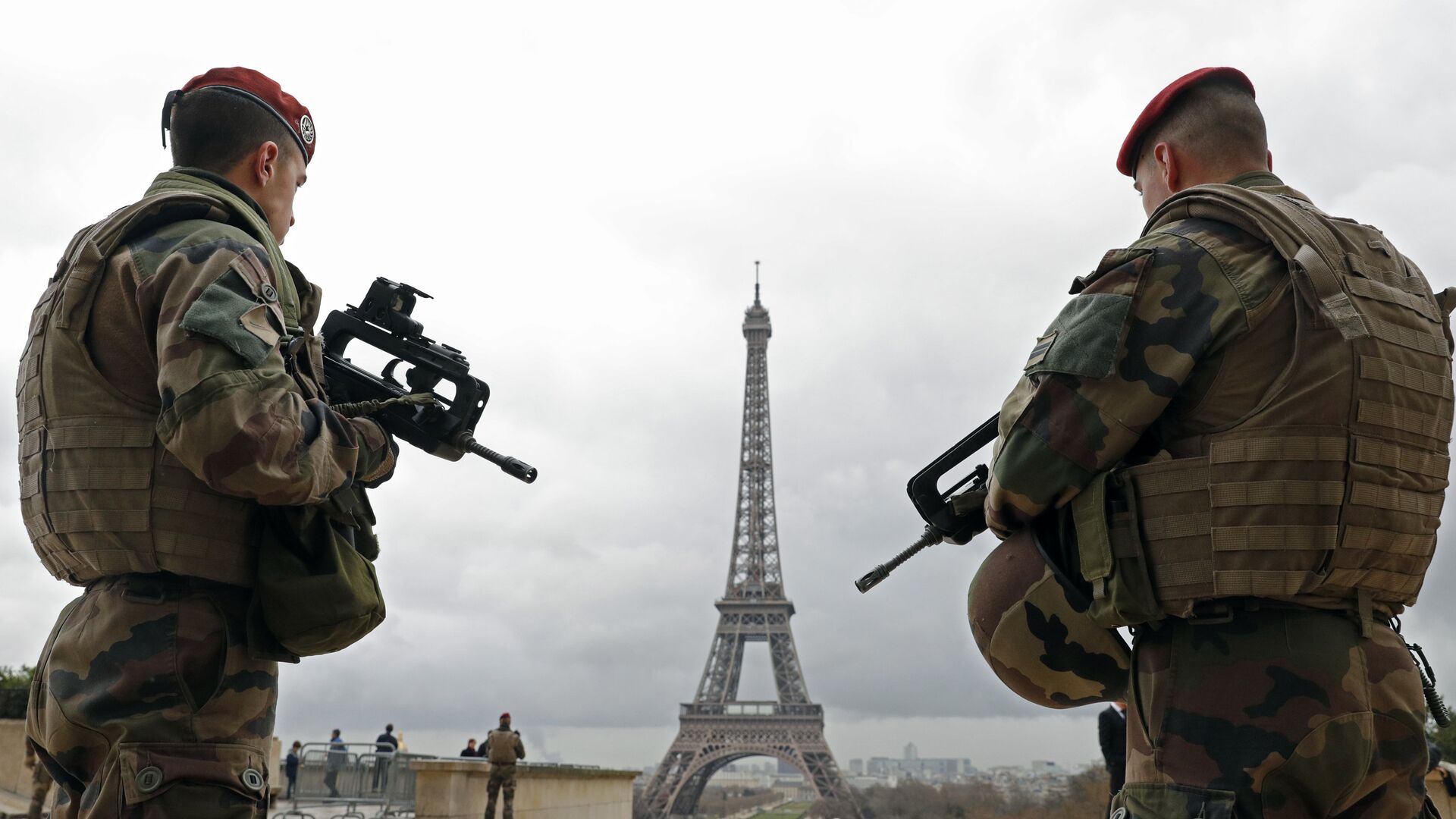 Oleg Burunov
All materialsWrite to the author
In late April, Marine Le Pen, the leader of the French party National Rally, stressed that the government should focus on more serious issues, including targeted violence against police, rather than dealing with retired military figures warning about a possible "civil war" in the country. The latter had earlier prompted an uproar from officials.

French servicemen on active duty have supported an appeal by the country's former military personnel, who recently prompted an uproar from the authorities by warning about a possible "civil war" in France due to lax security and counter-extremism policies.

In an open letter to President Emmanuel Macron published by the French magazine Valeurs Actuelles on Sunday, the servicemen, whose names were not disclosed, noted that the nation's "elders are fighters who deserve to be respected".

"For example, these are those elderly servicemen, whose honour you have trampled in recent weeks. These are thousands of French servants who signed an open letter with common sense, soldiers who gave their best years defending our freedom […]. You treated them like rebels, although their only fault is that they love their country and mourn its apparent fall", the letter read.

The servicemen said they "see violence in our towns and villages" and that they also see "hatred for France and its history becoming the norm". 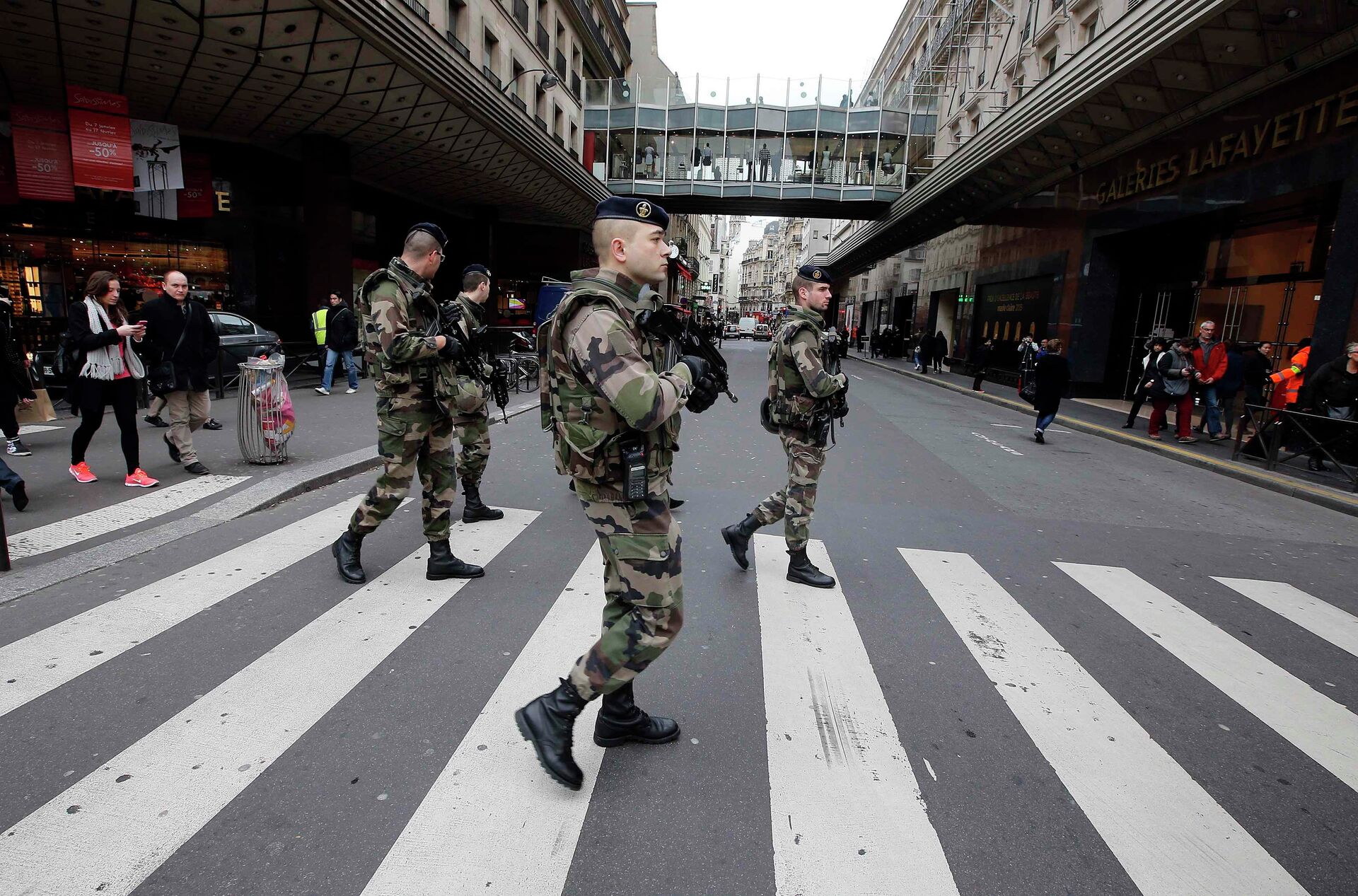 French soldiers patrol in the street near a department store in Paris as part of the highest level of "Vigipirate" security plan in Paris January 10, 2015.
© REUTERS / Eric Gaillard

"A civil war is brewing in France and you know it perfectly well", they argued, calling on people to take action to save their homeland and adding that "this time […] is about the survival of our country".

The warning comes after Valeurs Actuelles published an open letter, signed by over 1,000 military personnel, including some 20 prominent retired generals, urging Macron and his government to act against the dangers of Islamism and religious fanaticism that the military claimed might divide communities and prompt a "civil war" in the country.

The army hinted that it would intervene if the authorities failed to cease "laxity" in its policies.

Senior French military officials, including Prime Minister Jean Castex and Defence Minister Florence Parly, were quick to condemn the military for their appeal and alleged meddling in politics.

According to Francois Lecointre, France's chief of the defence staff, interviewed by the newspaper Le Parisien, 18 identified soldiers who signed the letter will receive punishments such as disciplinary sanctions or complete dismissal. 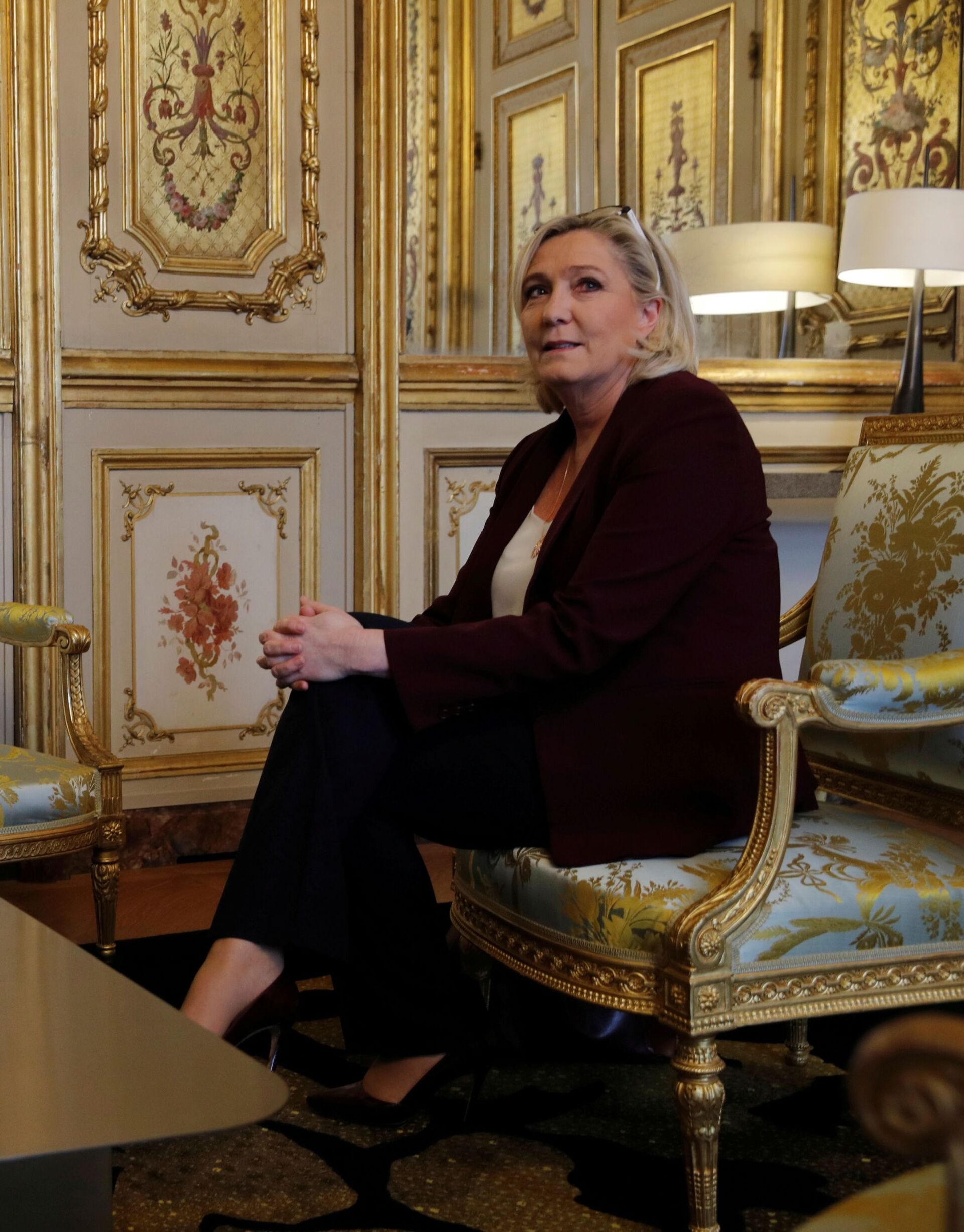 Marine Le Pen, the leader the French right-wing party National Rally, welcomed the military's initiative and invited the signatories to join her party.

"While the dishonest government describes an article by retired generals as France's biggest problem, this is what is happening in our country", Le Pen tweeted late last month, attaching a link to a story about the violent beating of a police officer during an anti-drug operation.

The incident reportedly took place in the Paris suburb of Bagnolet, where a policeman was attacked by a group of people who allegedly intended to beat him to death, but was rescued by his colleagues. An investigation into the matter is currently underway.

In late October 2020, President Macron told reporters that France was "under terrorist attack again" after a fatal stabbing in Nice, and that the country would not give up its values due to an "Islamist terrorist attack".

He spoke shortly after a man armed with a knife attacked people in the Notre-Dame de Nice Cathedral, killing three people — including one by beheading before being seized by the police.

France’s Macron Blasts FT for ‘Distorting’ His Words on Islamist Separatism
On 16 October 2020, Paris-based teacher Samuel Paty was beheaded by an attacker over Paty earlier showing Charlie Hebdo's caricatures of the Prophet Muhammad in one of his classes on freedom of speech. Cartoon depictions of the Prophet Muhammad are considered blasphemous by Muslims.

During a ceremony to pay respects to Paty, Macron pledged that France would go ahead with its fight for freedom of expression.