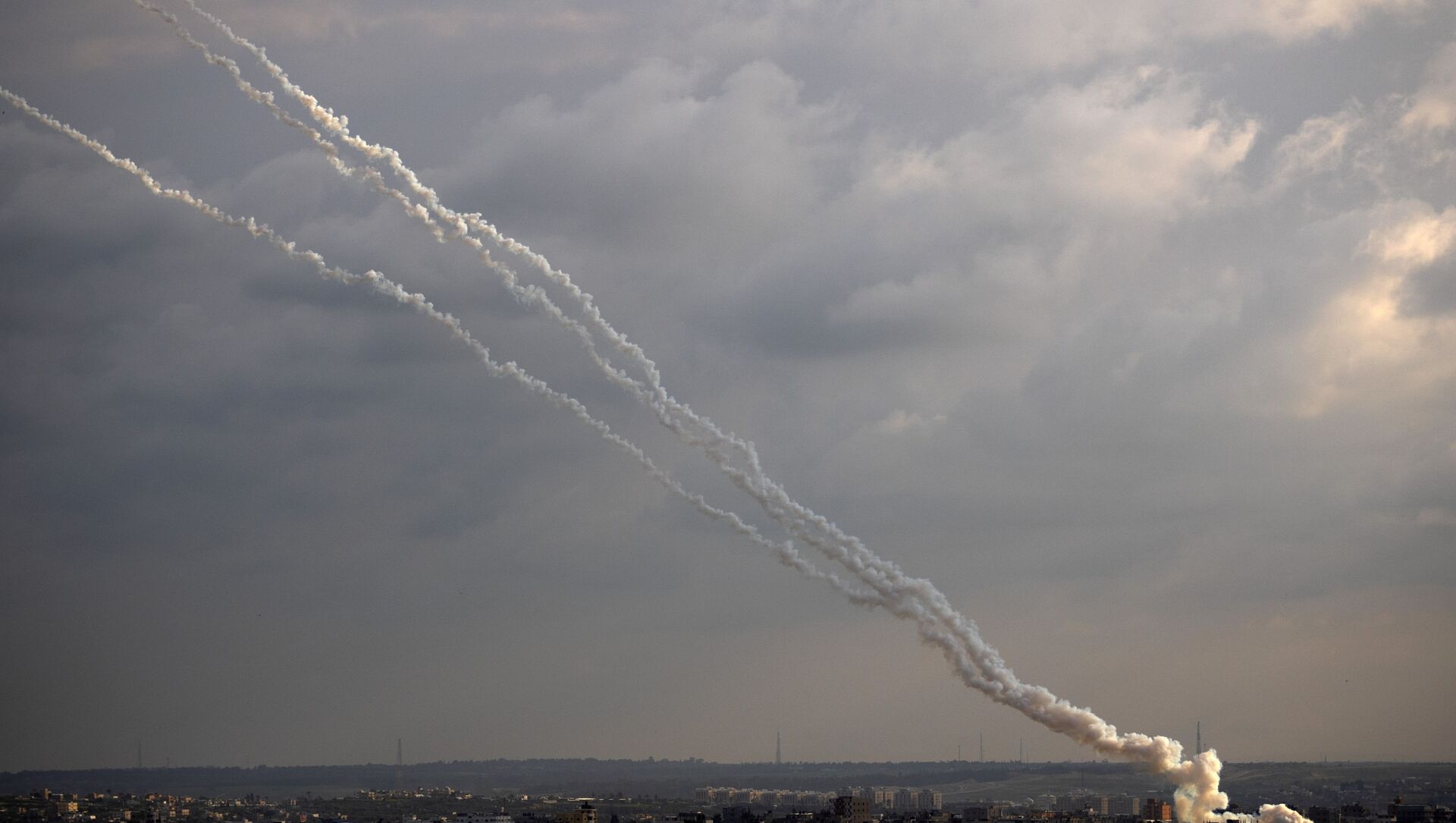 TEL AVIV (Sputnik) - Two missiles were launched from the Gaza Strip, one of which was intercepted by the Iron Dome air defense system, the Israeli army stated on Sunday.

The army announced that alarm sirens warning of a possible missile attack went off in the city of Ashkelon in southern Israel and in an area near the Gaza Strip.

"Regarding the previous reports of sirens that went off in the city of Ashkelon and in the area adjacent to the Gaza Strip, we confirm that two missiles were fired from the Gaza Strip," the statement said.

According to the army, one missile was intercepted by the Iron Dome Aerial Defense System. No Israeli casualties were reported.

The Iron Dome Aerial Defense System intercepted 1 of them.
No Israeli casualties reported.

Earlier in the day, the Israel Defense Forces (IDF) detected another missile launch from Gaza into Israeli territory. Reportedly, the projectile landed in a field in the early hours of Sunday. In response, the Israeli army targeted a Hamas military post in southern Gaza.

Additionally, Tel Aviv has blockaded the fishing zone off the coast of Gaza, preventing Palestinian trawlers from going out to sea, over repeated rocket fire.