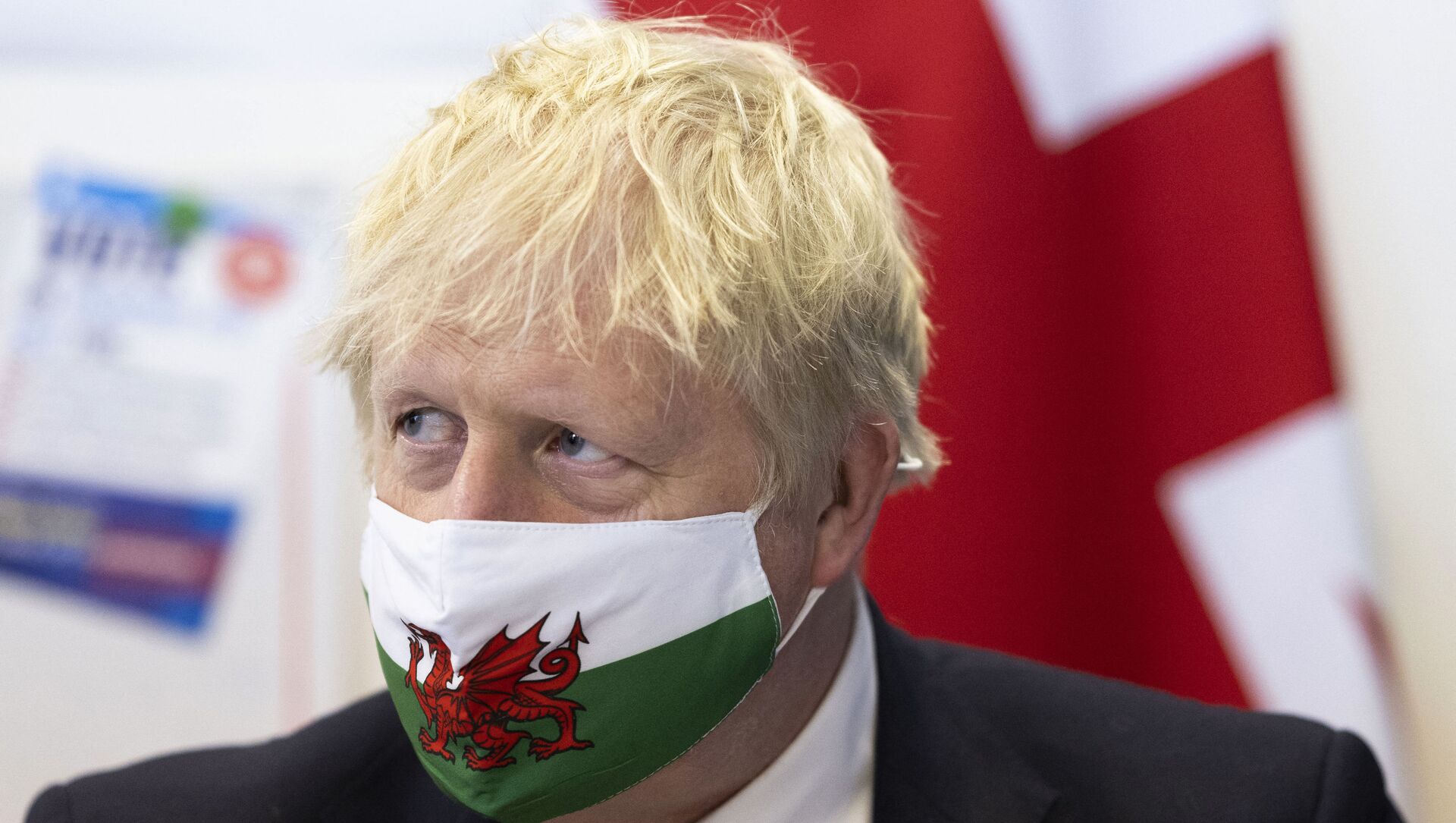 Svetlana Ekimenko
All materialsWrite to the author
After election day on 6 May, when voters picked representatives for the Scottish and Welsh devolved Parliaments, as well as mayors, local councils in England, and one MP, the Scottish National Party and its leader Nicola Sturgeon hailed their "historic and extraordinary" fourth election win, despite falling short of an overall majority.

Boris Johnson has invited the leaders of the devolved nations "to discuss our shared challenges and how we can work together in the coming months and years to overcome them", according to letters sent to the leaders and shared by No 10 Downing Street, reported Sky News.

The PM had earlier conferred with Drakeford on the phone, and reportedly planned to speak to Sturgeon on Sunday. 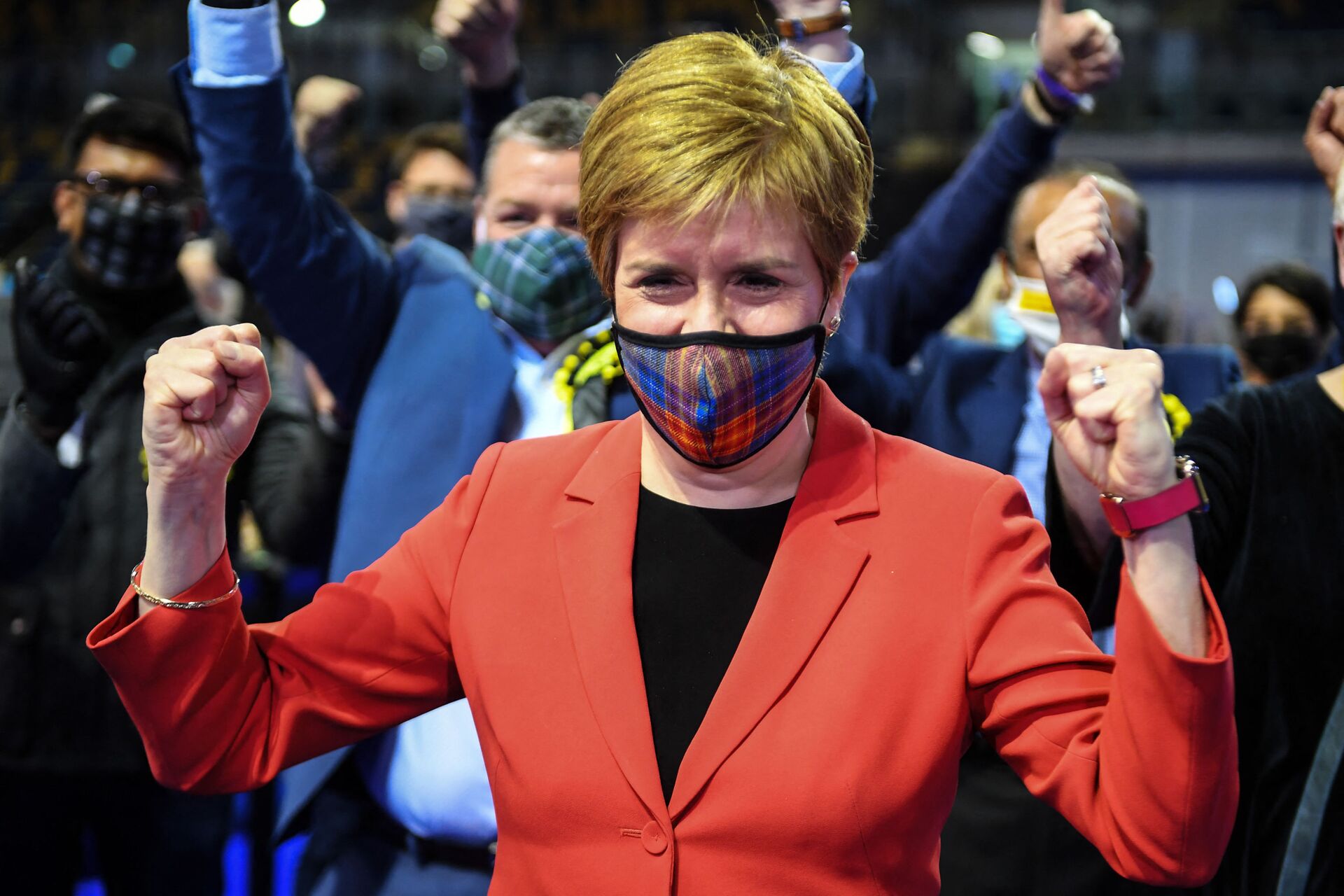 Scotland's First Minister and leader of the Scottish National Party (SNP), Nicola Sturgeon reacts after being declared the winner of the Glasgow Southside seat at Glasgow counting centre in the Emirates Arena in Glasgow on May 7, 2021, during counting for the Scottish parliament elections.
© AFP 2022 / ANDY BUCHANAN

Michelle O’Neill, the Sinn Fein deputy first minister of Northern Ireland, has also been invited to the “summit”.

In the letters, Johnson highlighted the successful coronavirus vaccination effort in the country, as opposed to the sluggish jab rollout in the EU, as an example of "Team UK in action".

He, accordingly, urged the leaders of the devolved nations to continue embracing the "cooperative spirit", as recovery from the pandemic would be "a difficult journey".

The “broad shoulders of the UK" had already supported jobs amid the health crisis, emphasized the Prime Minister, adding:

"We need to show the same spirit of unity and cooperation that marked our fight against the pandemic. We will all have our own perspectives and ideas - and we will not always agree - but I am confident that by learning from each other we will be able to build back better, in the interests of the people we serve."

‘Picking a Fight With Will of Scottish People’

According to Sturgeon, voters in Scotland had backed a "progressive, inclusive, outward-looking vision" but faced "many more years of right-wing Brexit-obsessed Tory governments that we don't vote for".

"Given the outcome of this election, there is simply no democratic justification whatsoever for Boris Johnson or anyone else seeking to block the right of the people of Scotland to choose our future," said Sturgeon.

🏴󠁧󠁢󠁳󠁣󠁴󠁿 @NicolaSturgeon's unequivocal message to Boris Johnson on the path to independence: "That will be a choice for the people of Scotland." pic.twitter.com/P3Sw4DBQ55

​The SNP had fallen one seat short of securing a coveted overall majority in the Holyrood elections, securing 64 seats. Nevertheless, with eight Scottish Greens the final result left the Scottish parliament with a pro-independence majority.

Sturgeon warned that attempts to block another referendum on Scotland’s independence would be “picking a fight with the democratic wishes of the Scottish people”.

Boris Johnson has been arguing that now is not the time for a second referendum on Scotland’s independence, urging to focus on recovery from the coronavirus crisis.

Earlier on Saturday, in an opinion published in The Telegraph, Johnson slammed as "irresponsible and reckless" the debate about “ripping our country apart" with an independence referendum at a time when people sought recover from the coronavirus crisis. 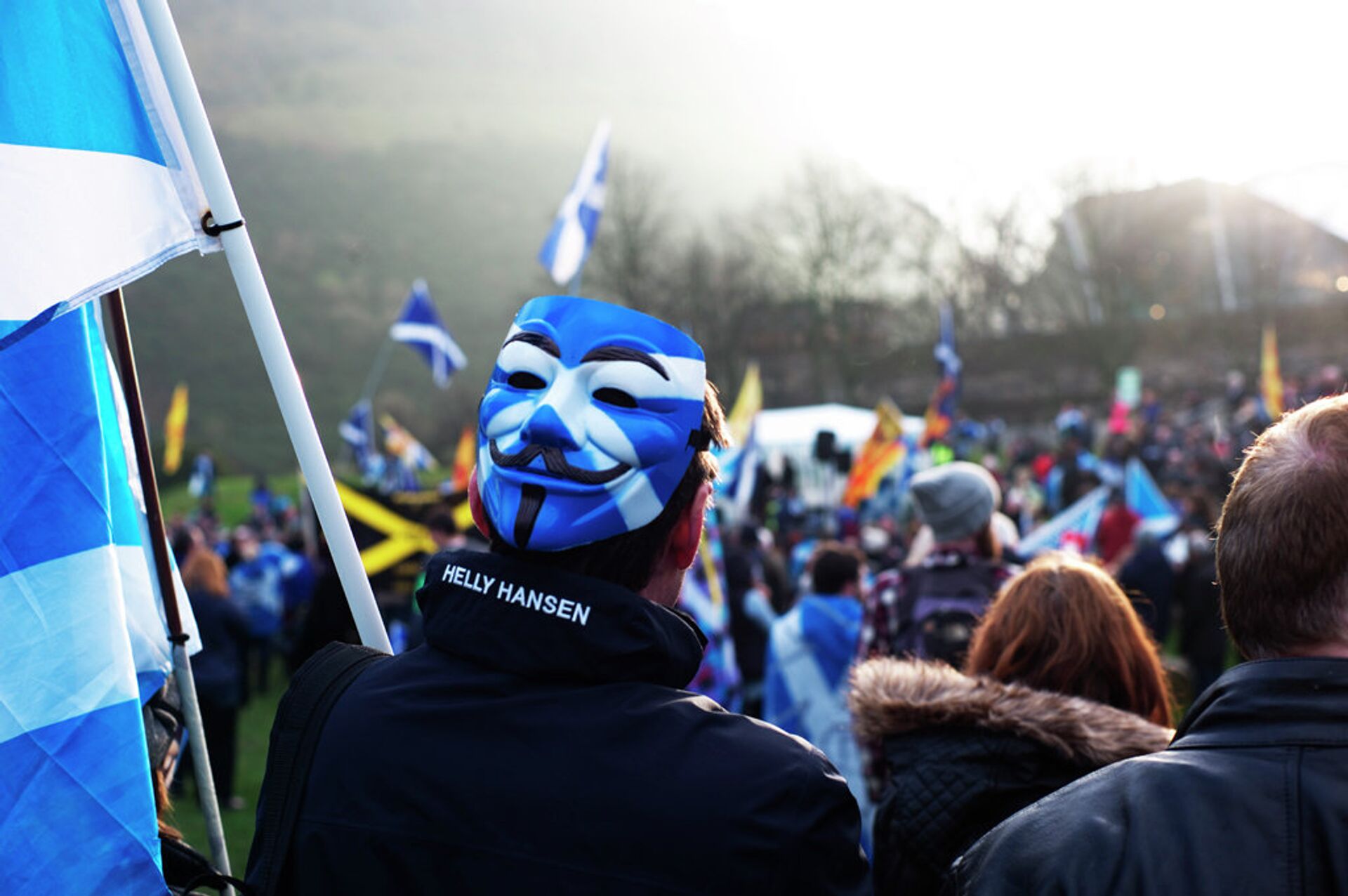 Scotland held an independence referendum in 2014, which Johnson has repeatedly billed as a "once in a generation" vote. At the time, just over 55 percent voted to remain part of the UK.

However, after the UK voted to leave the EU in 2016, Nicola Sturgeon began pushing for another referendum on Scottish independence. Sturgeon was quoted by Sky News as saying PM Johnson was "not entitled to stand in the way of the democratic choices of the people of Scotland".