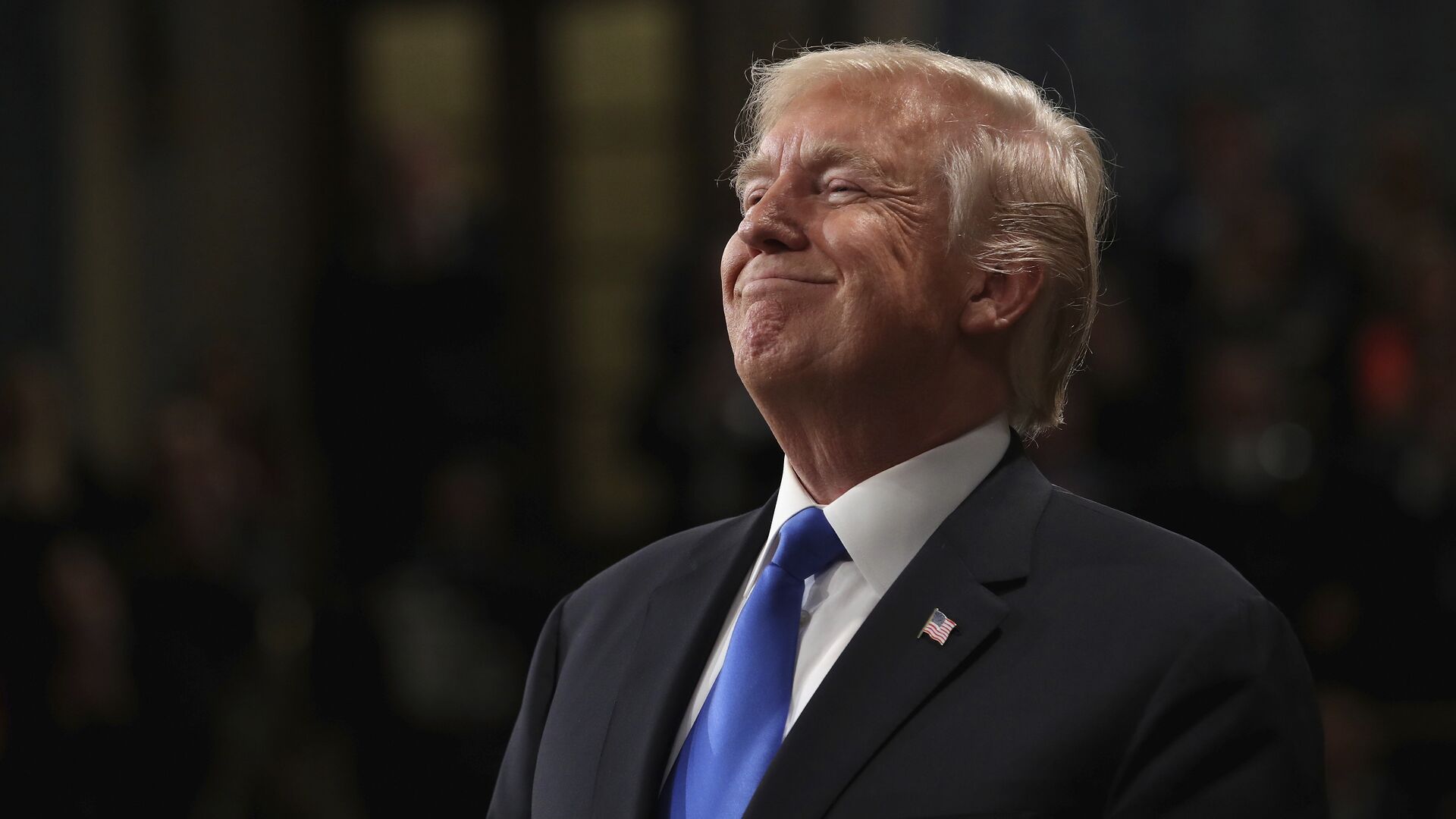 © AP Photo / Win McNamee/Pool
Subscribe
International
India
Africa
Ilya Tsukanov
All materialsWrite to the author
Congressional Democrats have been chomping at the bit to dig around the former president and real estate mogul’s tax returns for years, hoping to find something incriminating. Lawmakers stepped up their efforts in the wake of the 2020 election after efforts to legally bar him from running again in 2024 fell through.

House Oversight Committee chairwoman Carolyn Maloney is pressing a federal judge to comply with a subpoena to release of Donald Trump’s tax returns to Congress, The Guardian reports, citing a source said to be familiar with the situation.

The New York Democrat, who was picked by House Speaker Nancy Pelosi to succeed Representative Elijah Cummings after his death in 2019, has an ongoing personal feud with Trump, with the former president accusing her of winning her primary race by fraud after it triggered a lawsuit last year over New York State’s handling of mail-in ballots.

In January, in the aftermath of the Capitol riots, Maloney called on the president to be removed from office, either by impeachment or by invoking the 25th amendment, a constitutional amendment dealing with succession in the event that a president dies or is incapacitated from being able to perform his or her duties.

A lawyer representing congressional Democrats filed a motion in the US District Court for the District of Columbia on the tax returns matter last week, arguing that “because [Trump] is no longer the incumbent, the constitutional separation-of-powers principles that were the foundation of the Supreme Court’s recent decision are significantly diminished.”

The Supreme Court denied Congress the ability to see the then-president’s tax records in a ruling last year, basing its decision on the need to preserve the separation of powers between the branches of government.

If Maloney’s committee is successful in its legal bid, it could lead to the publication of Trump’s returns in the media, because Congress is not made to abide by grand jury secrecy rules.

Despite ruling against the congressional request for access to the tax returns, Supreme Court denied Trump the right to keep his tax records private from investigators on 1 March.

Watergate Whistleblower John Dean Says ‘Matter of How Many Days’ Until Trump Indicted
Manhattan District Attorney Cyrus Vance Jr., a Democrat, is pursuing a wide-ranging investigation into Trump’s family business, filing a subpoena against Trump’s tax agents – Mazars USA, in mid-2019, on the basis of allegations that Trump paid off two women to keep them quiet about affairs they’d allegedly had with him ahead of the 2016 presidential campaign. The probe, which includes tax returns for the period from January 2011 through August 2019, has since expanded and suggests that Trump may have engaged in criminal tax evasion.

The former president has repeatedly accused Democrats of using the tax issue as part of the years-long politically motivated “witch hunt” against him and denies doing anything wrong.

The Democratic Party is clinging to the tax returns issue as one possible way to stop Trump from running again in 2024, with the former president continuing to dominate over potential rivals inside the Republican Party and maintaining solid support among a base convinced that he was “robbed” of victory in 2020.