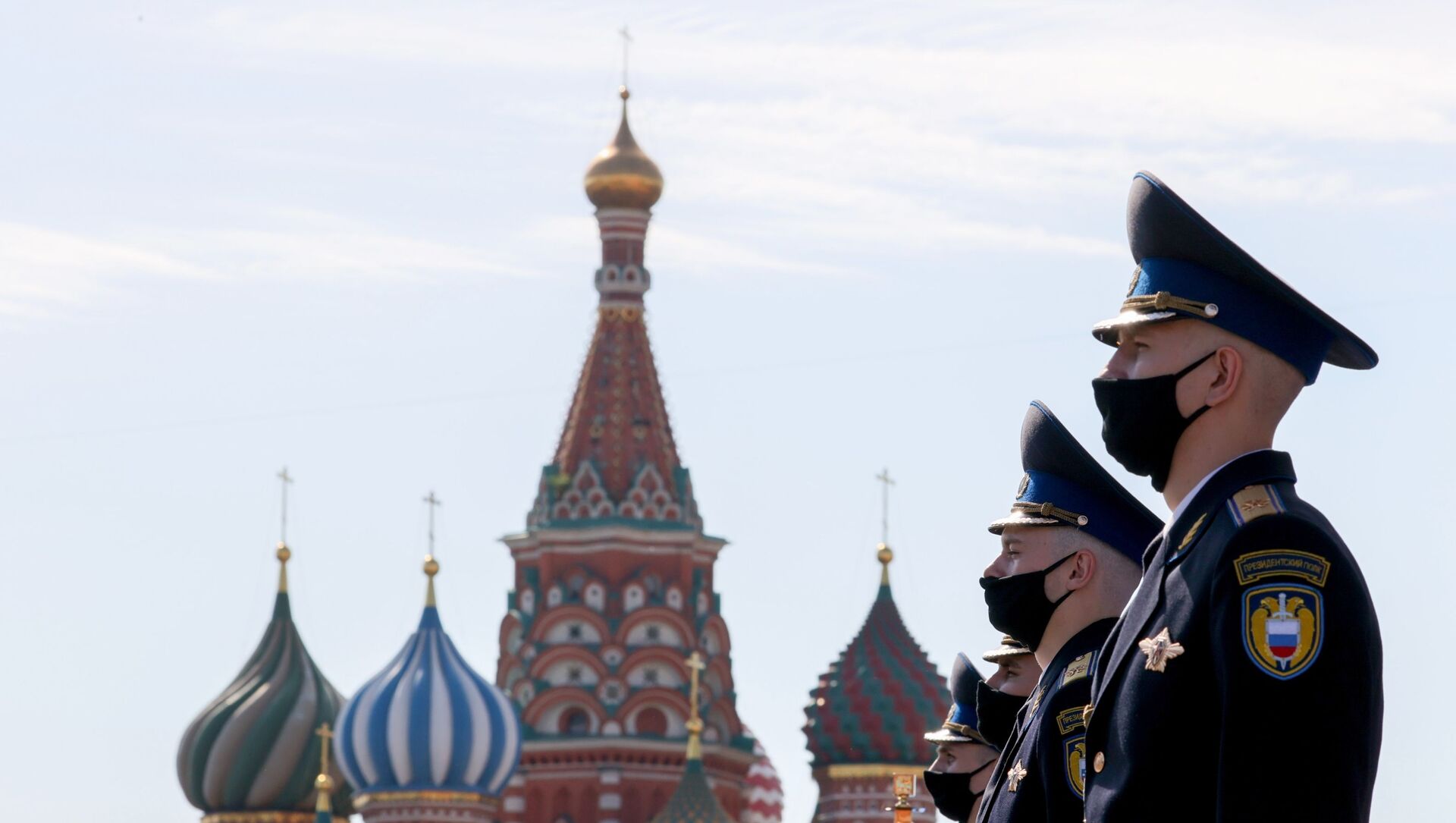 Finian Cunningham
All materials
The Russian people have every right to proudly proclaim victory over Nazi Germany and fascism in Europe. Every year, celebrations of Victory Day remain as vibrant as ever. And for good reason.

This weekend marks the 76th anniversary of the Nazi defeat on May 9, 1945. Victory parades are held all across Russia with the most splendid display of honor in Moscow’s Red Square.

What is rather telling is how commemorations in the United States and Britain have become relatively dimmed over time. Every year there seems to be less importance given to the anniversary. Why is that? In Western news media, there are even reminder articles about the history of Victory Day and why events are held to mark the occasion.

The contrast with the vibrant and dedicated celebrations in Russia is down to one main fact: it was the Russian people and the Soviet Red Army that were the main victors over the Nazi regime. It is crucial to reiterate that and to never lose sight of the historical truth because Western politicians and media would have us believe otherwise.

The Soviet Union’s allies during World War II, the US and Britain, played a role in defeating Nazi Germany, but that role was secondary in the achievement. Put in another way: essentially, the defeat of the Third Reich would not have happened without the Red Army hammering the eastern front all the way to Hitler’s Berlin bunker. Whereas the Western allies were more auxiliary in the victory.

It was the Hammer and Sickle that flew over the smoldering Reich Chancellery not the Stars and Stripes nor the Union Jack. 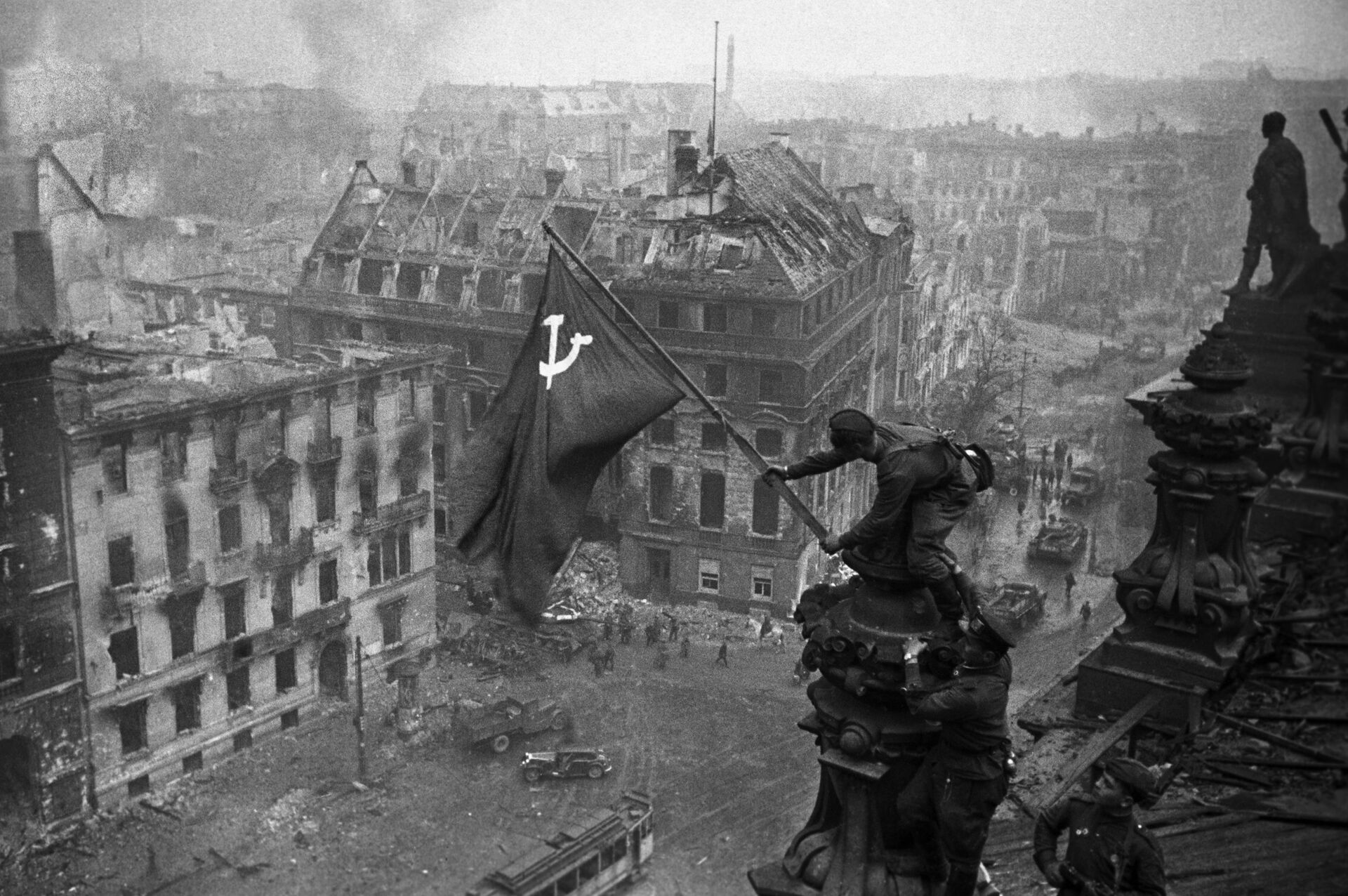 The Banner of Victory on the Reichstag building in Berlin, May 1, 1945.
© Sputnik / Vladimir Grebnev
/
Go to the mediabank

Russia
‘Protecting Historical Truth’: Russia Declassifies Archival Documents About Nazis' Atrocities
In spite of that glorious fact, the American and British political establishments have the arrogant audacity to claim that they were the liberating heroes. Based on this distortion of history, these Western powers claim a false moral authority.

We saw this arrogance displayed this week in London at the so-called G7 summit. US Secretary of State Antony Blinken and his British counterpart Dominic Raab declared that their countries had established the rules-based international order that followed WWII. As always, the Americans and British imply that they are the moral superiors, which is derived from their false belief or delusion about their role in defeating Nazi Germany. 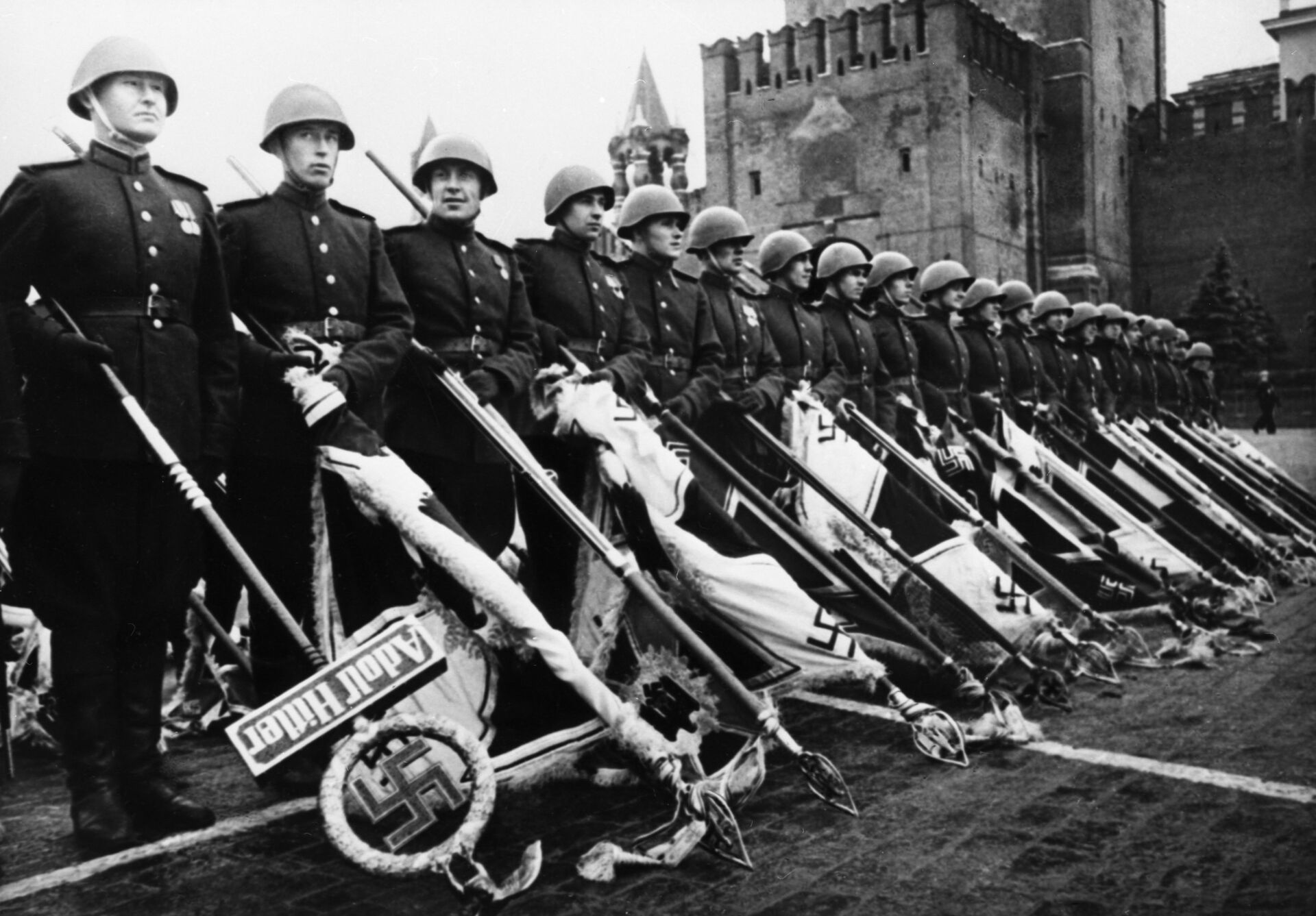 What is even more reprehensible, the US and Britain use this historical fraud to disparage and demonize Russia. They accuse Russia of “aggression” and other malign conduct when in fact no other two countries have waged as many wars and killed as many people in the 76 years following WWII.

Indeed, it can be argued that the American and British-led NATO military alliance is posing an existential threat to Russia by encircling its borders with increasing forces. Ironically, the last time such a threat was manifest was when Nazi Germany invaded the Soviet Union in June 1941.

There are other reasons why Russia’s commemorations of Victory Day are far more important to its people than in the West. The war destroyed the lives of many more Russians – nearly 27 million – and therefore the memory of families and the sacrifices of their loved ones is that much stronger. Each year, there are fewer and fewer war veterans alive to commemorate the anniversary, but in Russia, millions of families carry on the memory with heartfelt devotion. The incomparable suffering of the Russian people is testimony to the fact that they bore the burden of defeating Nazi Germany and liberating Europe from fascism.

The test of time shows clearly who were the primary victors in the worst war that the world has ever seen.

The leaders of nations that claim otherwise are imposters and frauds. Their dimming victory parades over time evince their hijacking of history and the hollowness of their presumed role of “liberators” and champions of “international order” and “virtuous values”. Most damningly, these same people are capable of starting another world war from their arrogant delusions of superiority over Russia.

Which raises disturbing questions about the history of postwar fascism.