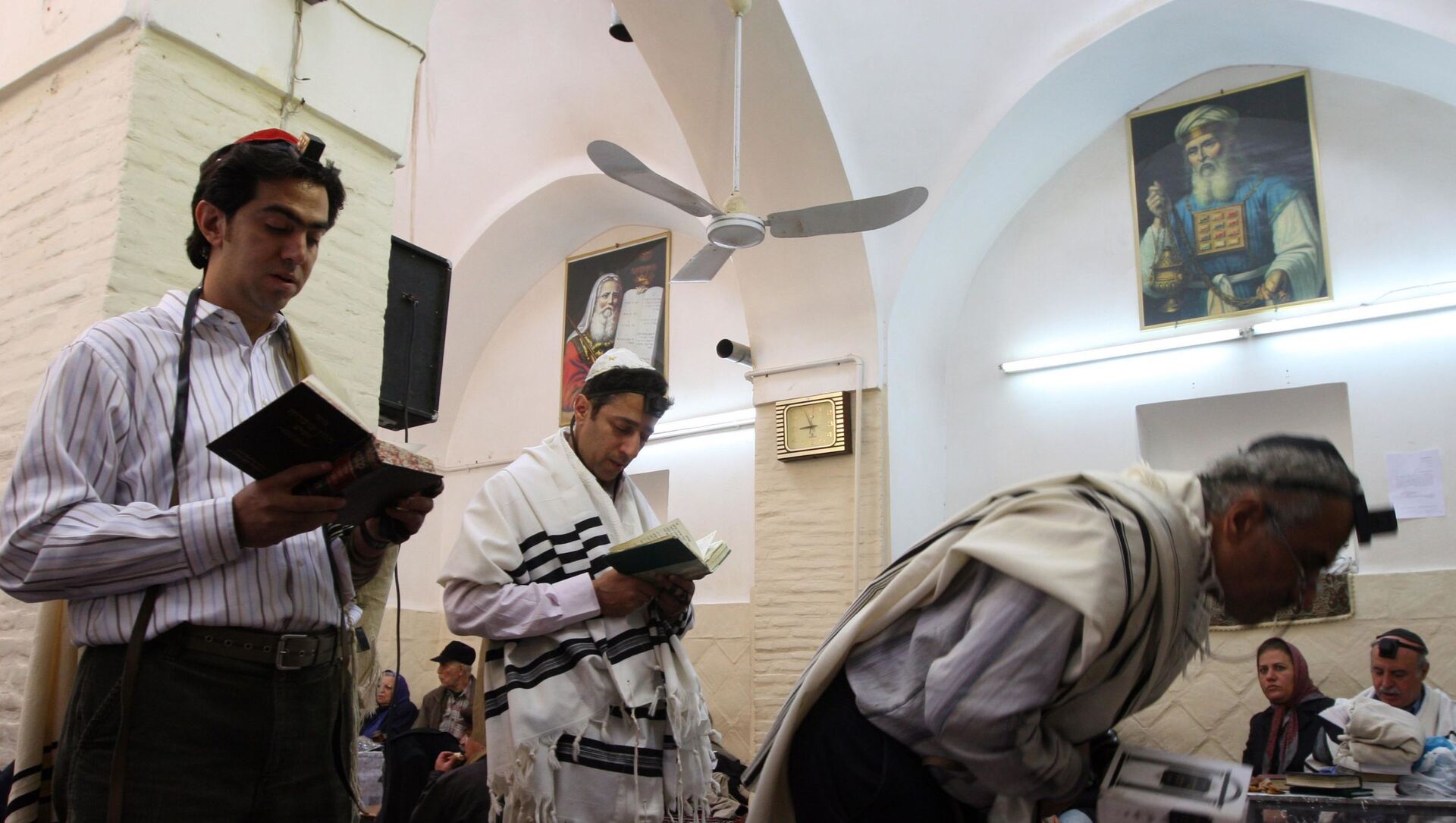 Ilya Tsukanov
All materialsWrite to the author
Tens of thousands of Muslims in Iran and across the Middle East took part in Friday’s ‘International Quds Day’ protests, an annual Iran-backed campaign of demonstrations meant to show solidarity with the Palestinians. Iranian Jewish leaders have joined in the protests, calling on Jews, Muslims and Christians alike to “stand against” Zionism.

Younes Hamami Lalehzar, one of Iran’s top rabbis, has expressed his support for International Quds (Jerusalem) Day and accused Israel’s leaders of exploiting the ancient religion of Judaism in pursuit of their own goals.

“Zionists have been exploiting Judaism to achieve their own goals,” Hamami Lalehzar said, speaking to Fars News Agency on Saturday.

“The Zionists have used Judaism, which is a monotheistic religion, as a pretext to justify within their own political framework any strategy to achieve their goal. This behaviour was not accepted at all by the Jews of the world, and from the very beginning of the Zionist regime until today, there has been a lot of opposition to the Zionists’ approach and it still continues,” he added.

The rabbi, who also works as a medical doctor and has helped to author official religious textbooks for students at Iran’s special high schools for the Jewish minority, emphasised that the ideology of Zionism is a late 19th century construct of wider nationalist movements in Europe, and this ideology has long been opposed by many religious Jewish communities. He suggested that confronting Zionism was a religious and a human duty, and compared the modern-day resistance to Israel to Prophet Moses’ struggle against the Egyptian Pharaoh’s oppression of the Israelites. 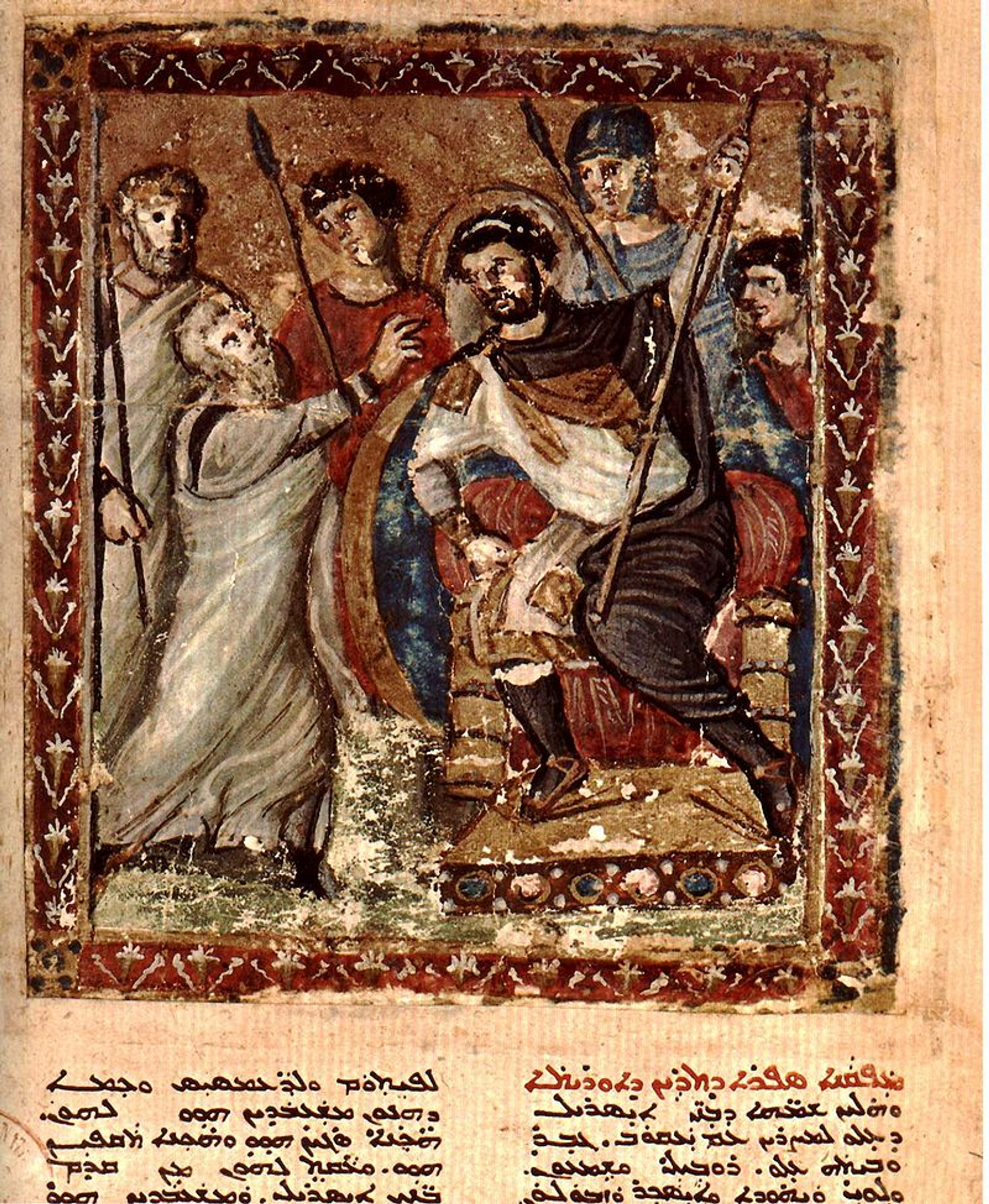 Moses before the Pharaoh, a 6th-century miniature from the Syriac Bible of Paris
© Wikipedia / Bibliothèque Nationale

Hamami Lalehzar stressed that religious Jews find the “brutal behaviours and crimes of the Zionist regime” completely unacceptable, and have taken part in campaigns against it, including International Quds Day.

“Naming a day as the Quds Day (‘Jerusalem Day’) caused the issue of Palestine not to be cast into oblivion. Imam [Ruhollah] Khomeini’s move [to create the day of protest] is in fact a kind of initiative that reminds the world of the issue of Palestine every year so as to think about a solution,” he said, adding that the scale of the day of protest has been growing every year.

Iran’s Sole Jewish MP Calls on Followers of Monotheistic Faiths Worldwide to ‘Stand Up’ to Israel
Hamami Lalehzar is the second senior Iranian Jewish leader to express support for International Quds Day. On Friday, Dr. Siyamak More Sedgh, the sole Jewish lawmaker in Iran’s Islamic Consultative Assembly parliament, called on all Monotheistic believers to stand up to the “Zionist regime,” and stressed that Quds Day was “not just for the Palestinian people, but for all the oppressed people of the world.” More Sedgh has been deried by Israeli media in the past as Iran’s “No.1 Jew” over his regular criticism of Israel.

Iran’s Supreme Leader Ayatollah Ali Khamenei called Israel a “terrorist garrison” on Friday, and said that it was a “collective responsibility” for people to fight against “this regime.”

A 2016 census showed that Iran was home to about 9,800 Jews, making theirs the largest community of Jews in the Middle East outside Israel itself. Before 1979, over 100,000 Jews lived in Iran, with many fleeing the country for Israel in the aftermath of the Islamic Revolution, only to suffer discrimination in their new home country.

Iran’s Chief Rabbi Says Jews Safer in Islamic Republic Than They Are in Europe
In Iran, the remaining Jewish community enjoys freedom of religion, operates synagogues, Torah classes, and special educational institutions, including elementary, middle and high schools. Iran’s parliament also has five reserved seats for the country’s religious minorities, including one for the Jews. In addition, although Iran has strict laws against the production, sale and consumption of alcohol, its Jewish community is allowed to make and consume Sabbath wine.

Jews have lived in Iran for over 2,700 years, with multiple books in the Bible referencing the life of The Way in Ancient Persia. In 537 BC, after freeing Jewish slaves from the Babylonians, Persian King Cyrus the Great allowed those who wanted to to return to their homes in ancient Judah, while those who chose to remain were granted citizenship and allowed to rebuild their religious shrines in Persia itself. Jews were able to maintain significant religious and economic freedoms after the Islamic conquest of Persia in the 7th century as well. 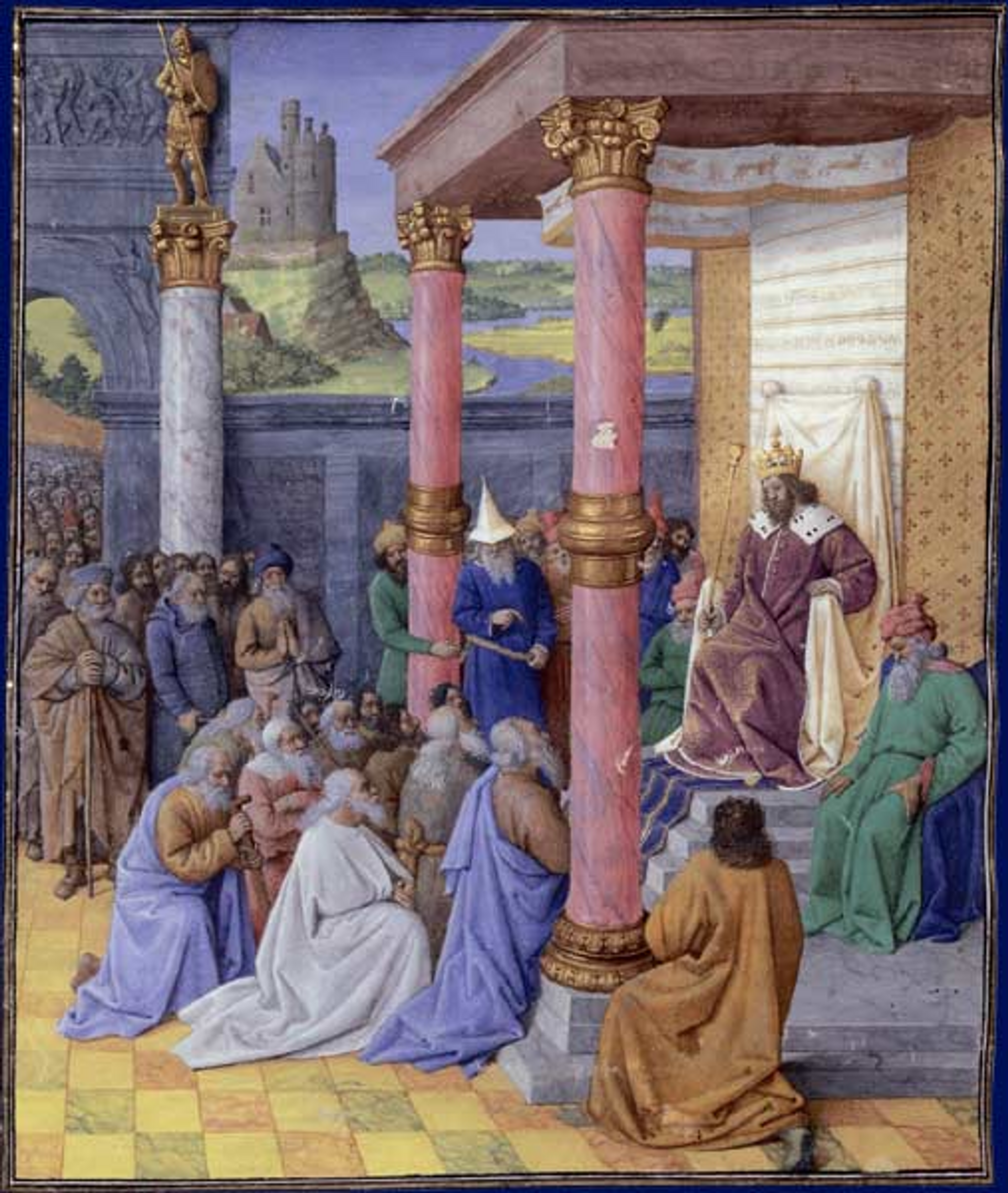 This is a depiction of the biblical character, Emperor Cyrus the Great of Persia, who permitted the Hebrews to return to the Holy Land and rebuild God's Temple. Painting by ancient French painter Jean Fouquet
© Wikipedia / Jean Fouquet