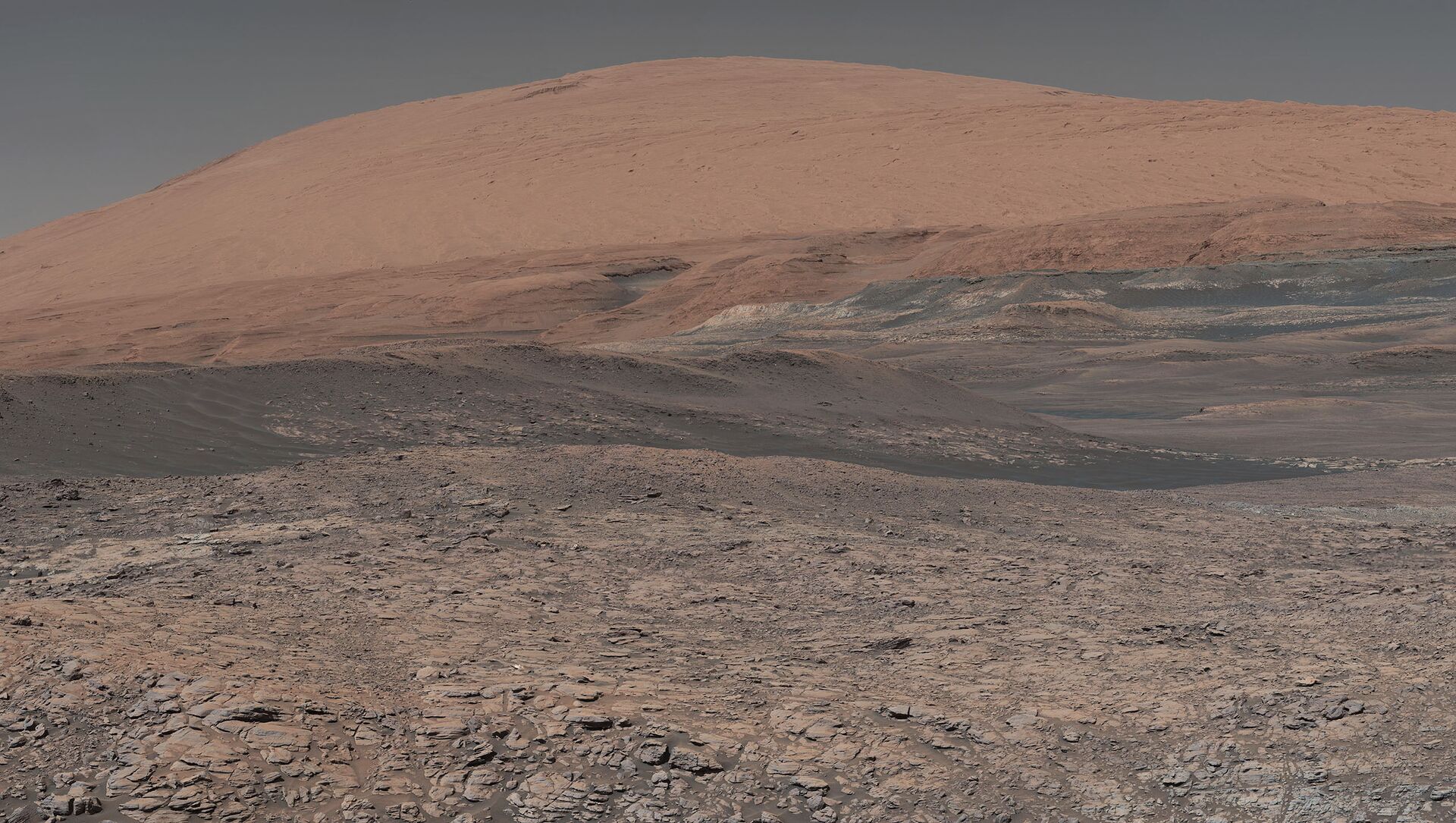 Andrei Dergalin
All materialsWrite to the author
The team behind the new research did admit that the objects of their study may be “abiotic”, since they cannot rule out “minerals, weathering, and unknown geological forces that are unique to Mars and unknown and alien to Earth.”

Having examined photos supplied by NASA’s Opportunity and Curiosity rovers, as well as by the Mars Reconnaissance Orbiter’s HiRISE camera, an international team of scientists has postulated that these images may show the presence of fungi-like lifeforms on the Red Planet.

According to Popular Mechanics, the "chalky-white colored spherical shaped specimens" were initially regarded by the Mars Opportunity team as the iron oxide compound hematite, though that claim was apparently refuted by later studies.

The new research points at images that show the apparent emergence of additional spherical objects from beneath the Martian soil over a span of 3 days, with the scientists arguing that said objects "expand in size, or conversely, change shape, move to new locations, and/or wane in size and nearly disappear."

"Many of these ground-level spherical specimens also have stalks or have shed portions of their outer membranes—possibly crustose—and are surrounded by white chunks and fluffy spore-like material that may consist of leprose," the researchers write, with the media outlet pointing out that crustose and leprose are "kinds of fungus surface textures."

The team reportedly notes that the specimens in question are "abiotic", and that they “cannot completely rule out minerals, weathering, and unknown geological forces that are unique to Mars and unknown and alien to Earth.”

"However, growth, movement, alterations in location and shape, constitute behaviour, and coupled with life-like morphology, strongly support the hypothesis there is life on Mars," they add.

There were also scholars who appeared sceptical about the new hypothesis, with Jonathan Clarke, president of Mars Society Australia, branding the research as speculative.

"The evidence to me as a geologist who studies Mars and Mars analogues in extreme environments on Earth that resemble conditions on Mars, the fungal explanation doesn’t really make sense," he said as quoted by the South China Morning Post. "The conditions on Mars are so extreme that you’re not going to see fungi or any kind of life growing at that sort of speed under conditions like coldness and low air pressure. Life can barely survive, let alone thrive."

Paul Myers, a developmental biologist at the University of Minnesota also seemed reluctant to trust the findings of the study's lead author Rhawn Gabriel Joseph, according to CNET.

"Claiming that mushrooms are sprouting all over Mars is an extraordinary claim that requires better evidence than an analysis of photographic morphology by a known crank who has claimed, on the basis of the same kind of analysis, that he has seen fields of skulls on Mars," he remarked.