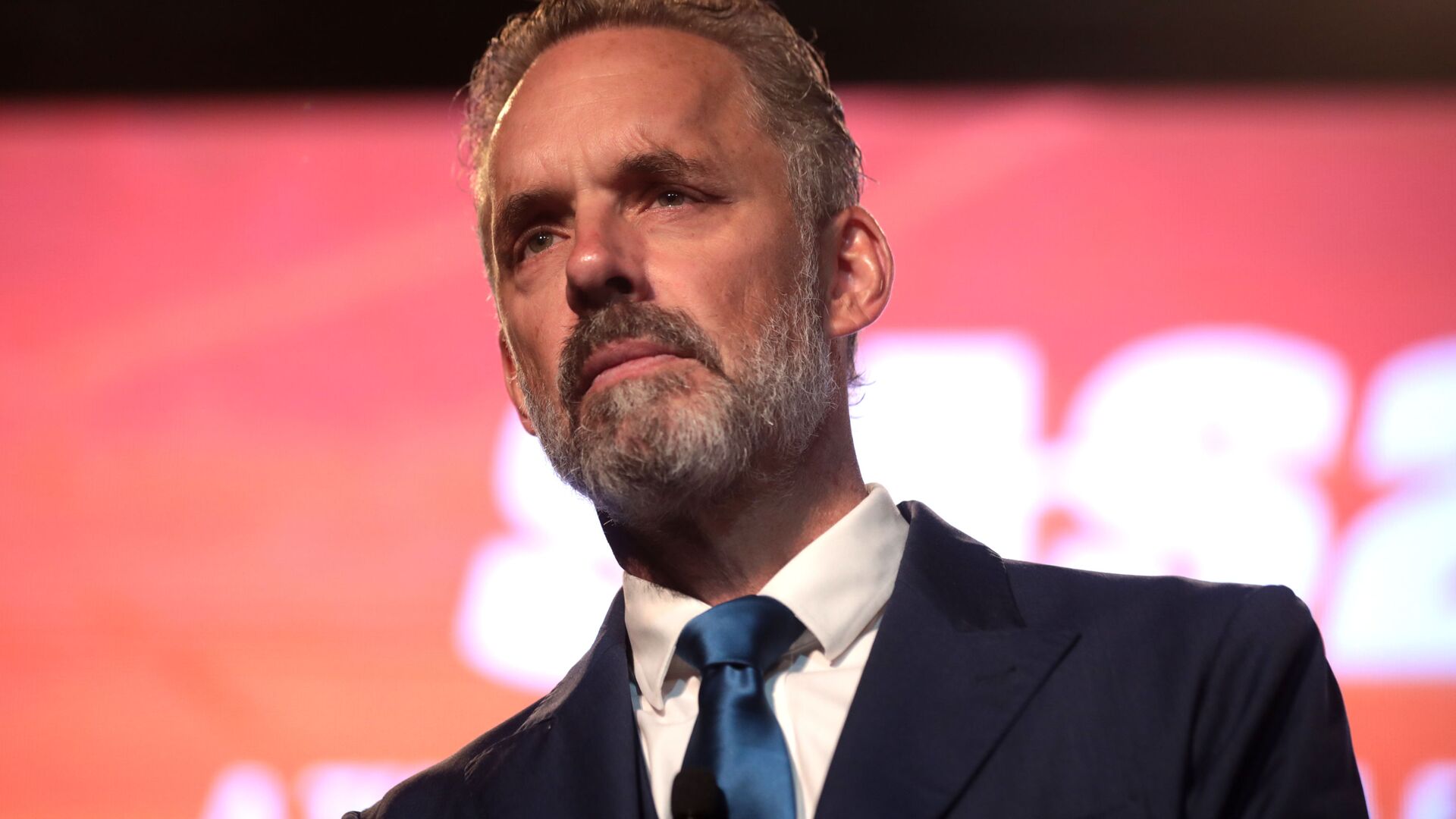 Aleksandra Serebriakova
Moscow-based Sputnik correspondent specializing in foreign affairs.
All materialsWrite to the author
Toronto University Professor Jordan Peterson rose to global prominence in 2016 with his YouTube series criticising Canada’s C-16 bill that sought to put gender identity and expression under protection. According to the professor, the law has effectively turned the use of gender neutral pronouns into compelled speech.

Jordan Peterson, who is returning to public life following months of health struggles, has told Fox Nation’s Tucker Carlson that his life has not been particularly cheerful since he spoke out against the controversial Canadian legislation, despite making him a public hero among conservatives.

"Well, I wouldn't say I'm happy I made the decision”, Peterson said on Monday, responding to Carlson’s question about how happy he was since raising his voice.

“I wouldn't say my life has been particularly happy over the last five years, it's been stressful beyond comprehension for a variety of reasons”, the author of “Beyond Order: 12 More Rules for Life” said.

According to Peterson, “being pilloried on a regular basis publicly” was definitely part of much of the stress he has experienced recently.

“But, you know, you make your decisions in life and I decided when I was very young, in my mid-twenties, that I was going to say what I believed and see what happened”, he told Carlson.

Peterson has been recovering from a plethora of health issues he experienced following his withdrawal from the drug benzodiazepine that he had been prescribed to treat anxiety. The dosage of the medication was increased in April 2019, when his wife of 30 years was diagnosed with terminal cancer. She miraculously survived, but Peterson got worse, as he was trying to withdraw from the benzodiazepine he had become physically addicted to.

The situation left the professor in a near-death condition, prompting his family to secretly fly him to Russia for urgent detox treatment. Months have now passed, and the professor has slowly been returning to public life with podcasts, interview appearances, and a new book release.

"Earlier in the talk, I talked about adventure, about the adventure of truth and I don't think I'm happy about what has happened, I certainly have dragged my family through their fair share of hell and incomprehensible opportunity, it's expanded our lives in both directions to a tremendous degree”, the man said.

"But, it's certainly been an adventure. It's not been dull. I don't believe it was a mistake".

Canada’s C-16 Bill (Act to Amend the Canadian Human Rights Act and the Criminal Code), which Peterson became famous for criticising, aimed to put gender identity and gender expression under federal jurisdiction. Peterson, who maintained that his criticism was not directed against transgender people, but rather against enforced terminology, argued that the legislation would compel people to use gender neutral pronouns and make it punishable by law to refuse to do so. Peterson was heavily targeted for his position by liberal activists.