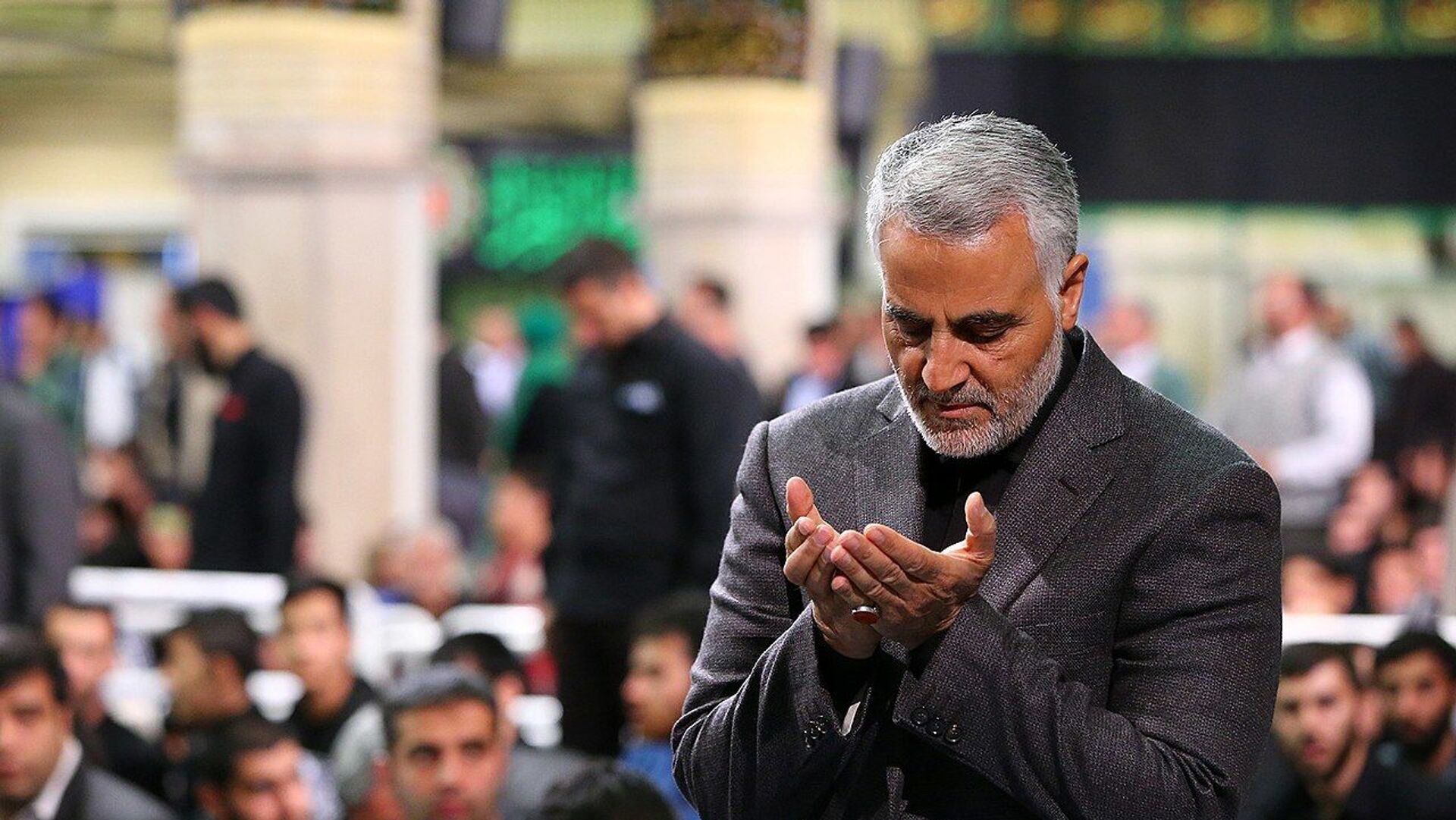 Alexandra Kashirina
All materialsWrite to the author
Iranian Quds Force General Qasem Soleimani was believed to be one of the most powerful military figures in the Middle East, who made a great contribution in the war against Daesh*. His January 2020 assassination conducted during a US military operation has significantly deteriorated US-Iranian relations and added more tension in the region.

US Joint Special Operations Command liaisons deployed in Israel cooperated with Israeli intelligence services throughout the secret deadly operation against the leader of the al-Quds Force, the foreign arm of the Islamic Revolutionary Guard Corps (IRGC), in January 2020, Yahoo! News reported on Saturday, citing 15 acting and former US officials.

According to the outlet, Soleimani reportedly changed several cellphones a few hours before landing in Baghdad. Meanwhile, American intelligence was working with Israeli "colleagues", who were able to oversee Soleimani’s cellphone patterns.

“The Israelis, who had access to Soleimani’s numbers, passed them off to the Americans, who traced Soleimani and his current phone to Baghdad,” the outlet says.

Israeli diplomats in Washington DC have not commented yet on the report.

Last month, Iranian President Hassan Rouhani claimed that the drone attack that killed Soleimani was “directed by the Zionists,” even though the previous US president gave the order. According to Rouhani, Trump's actions “were provoked” by Tel Aviv.

Qasem Soleimani, a general of the elite Iranian Quds unit within the Islamic Revolutionary Guard Corps, was assassinated on 3 January, 2020.

The operation, planned by the US military and approved by then-President Donald Trump, was carried out in Iraq, near Baghdad International Airport, where Soleimani arrived to reportedly conduct a secret diplomatic mission related to Iran-Saudi relations.