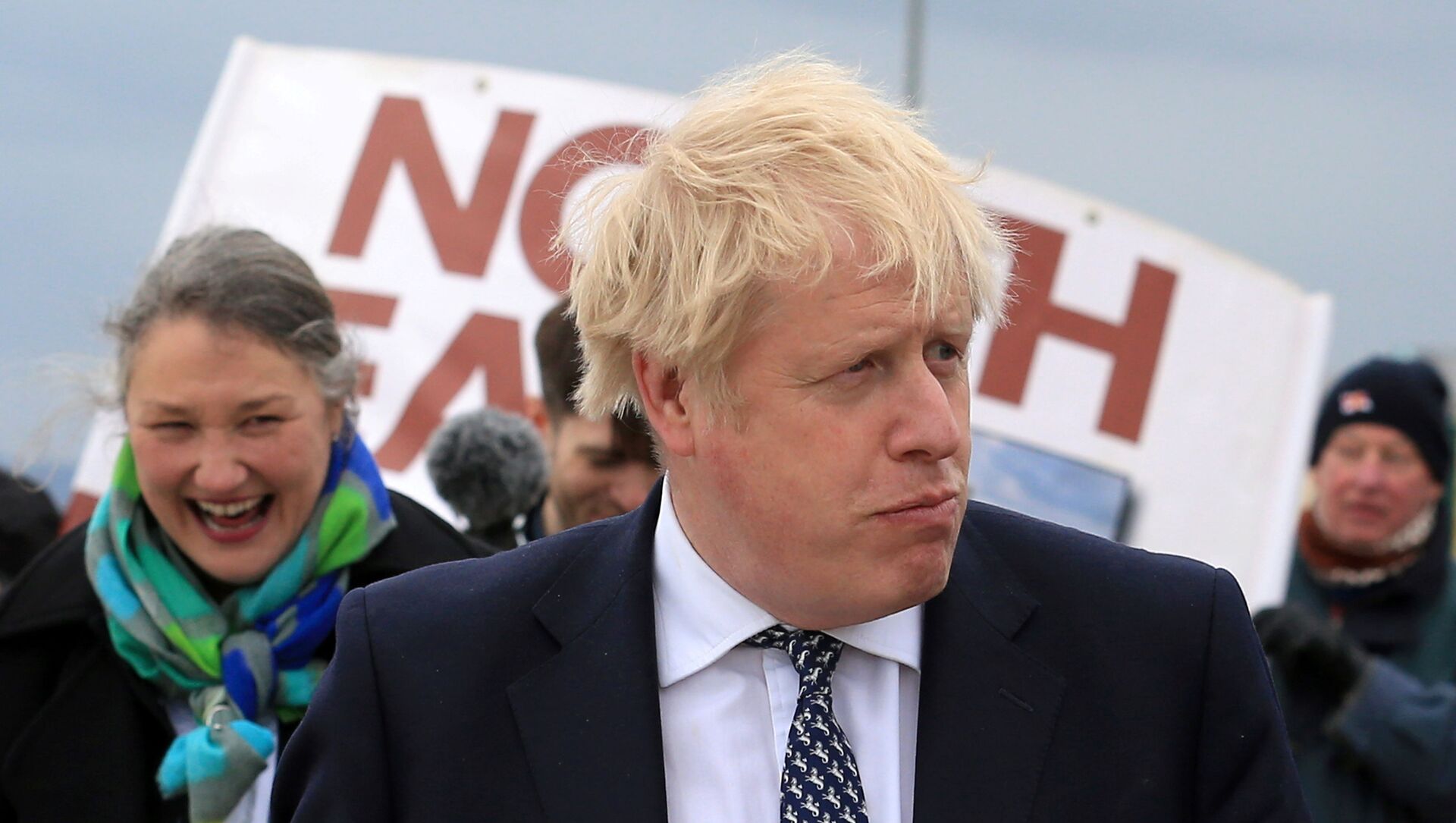 Svetlana Ekimenko
All materialsWrite to the author
British Prime Minister Boris Johnson has repeatedly said he will not grant a second referendum on Scotland’s independence. However, ahead of the elections to the devolved parliament in Edinburgh, the Scottish National Party and its leader Nicola Sturgeon have vowed to demand another indyref2 if they secure a majority of seats.

Boris Johnson has reiterated his earlier voiced stance regarding the possibility of a second Scottish independence referendum.

The UK Prime Minister was grilled on the issue while visiting Hartlepool on 7 May, after Tory candidate Jill Mortimer defeated Labour rival Paul Williams in a “historic first” in the current constituency's history.

Thursday had been a bumper election day, when voters picked representatives for the Scottish and Welsh devolved Parliaments, as well as mayors, local councils in England, and one MP.

Asked if a Nationalist majority secured by the Scottish National Party and its leader Nicola Sturgeon in the devolved Parliament meant there might be a mandate for another independence vote, Johnson was cited by The Telegraph as saying:

“I think that count is still taking place and we’ll have to see what happens. I listened to the Scottish election carefully. My impression was that they [the SNP] moved away from the idea of a referendum, and I think very wisely.”

Earlier, the SNP had stated that it planed to hold a new vote on secession by the end of 2023 if a pro-independence majority returned to Holyrood, as was the case in 2011.

Johnson, however, emphasised on Friday:

“…I don’t think this is anything like the time to have more constitutional wrangling, to be talking about ripping our country apart, when actually people want to heal our economy and bounce forward together. That’s what people want.”

Responding to claims he had previously privately dismissed the possibility he might agree to a second referendum, the UK Prime Minister stated:

“I think a referendum in the current context is irresponsible and reckless. Let me leave it at that.”

When asked what he would do if Nicola Sturgeon pushed ahead with a unilateral referendum attempt, without permission from Westminster, Johnson added:

“Well, as I say, I think that there’s no case now for such a thing … I don’t think it’s what the times call for at all.”

Scotland’s First Minister Nicola Sturgeon vowed earlier this year that if her Scottish National Party (SNP) returned with a majority after May’s Parliamentary elections she will press ahead with a second referendum even if Johnson declined to authorise it.

Having controlled Scotland's devolved legislature since the 2007 election as a minority government, in 2011 the SNP won a landslide of 69 seats in the 129-member Holyrood legislature, which delivered the first majority government. Shortly after, the SNP confirmed it intended to hold a referendum on Scottish independence. 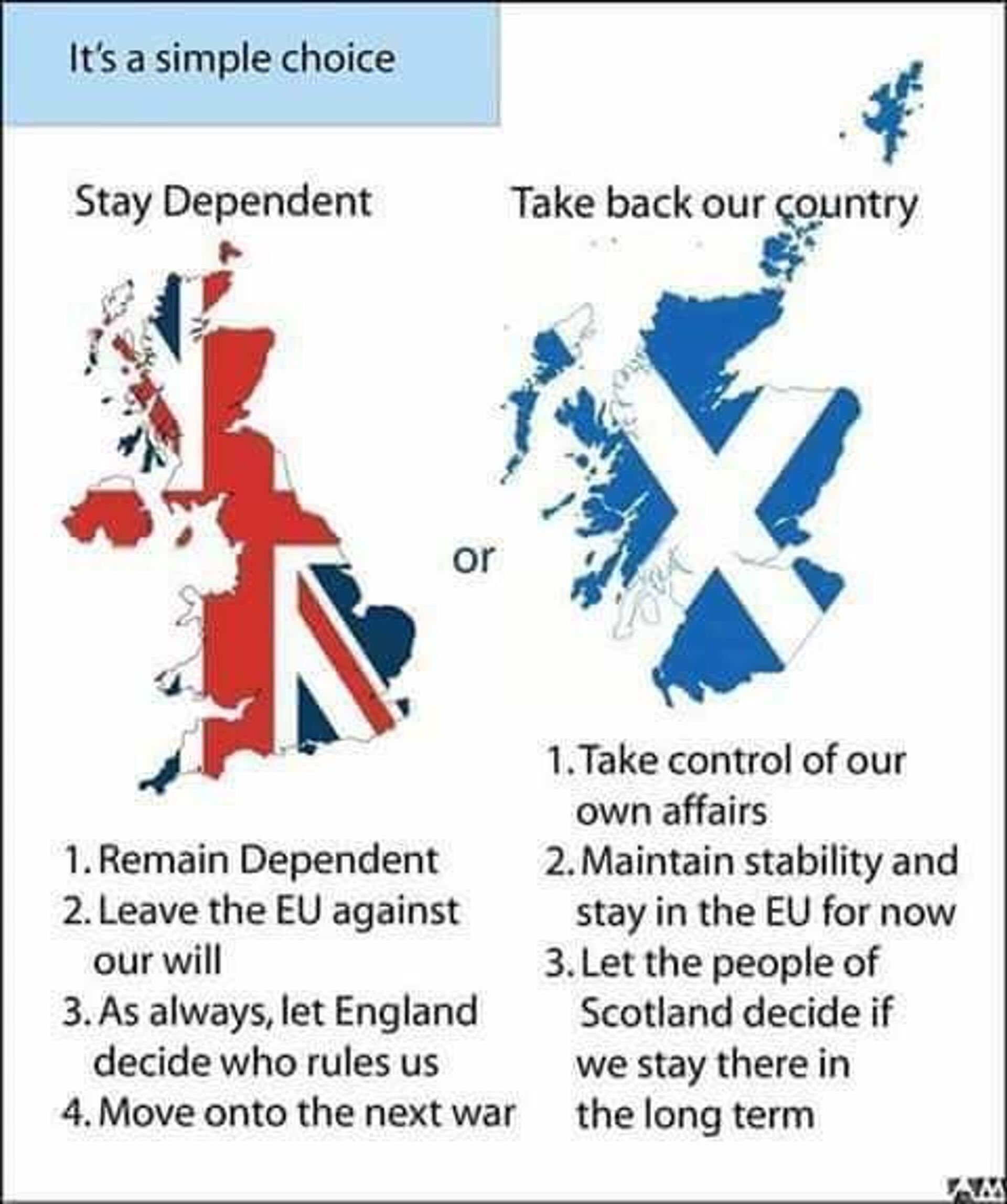 After then-British Prime Minister David Cameron agreed to the 2014 referendum, Scots voted 55 percent-45 percent to remain part of the UK.

Ever since, UK Prime Minister Boris Johnson has repeatedly said that he will block such a vote, asserting that the referendum should be a "once-in-a-generation" vote. 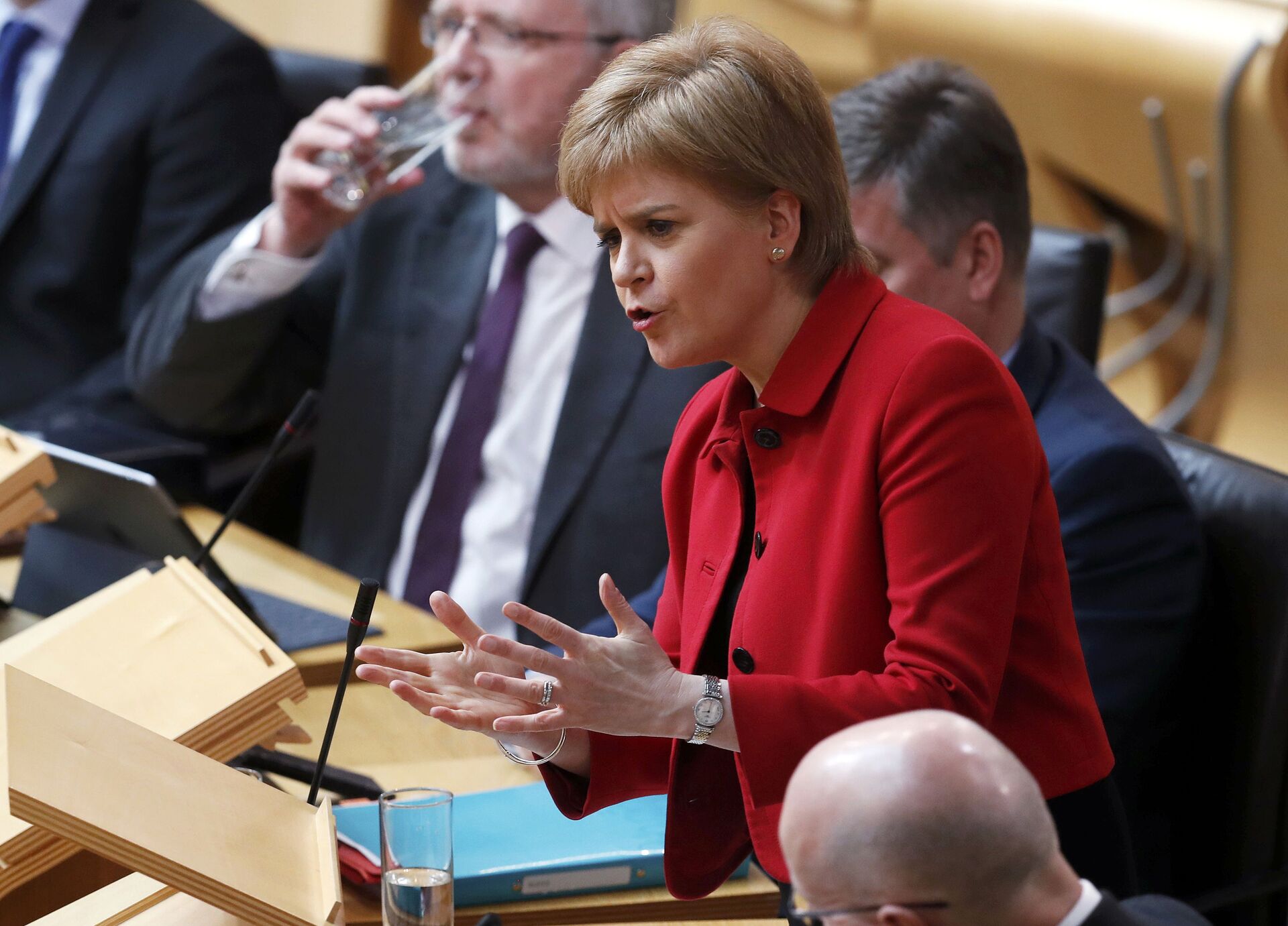 Scotland's First Minister Nicola Sturgeon speaks in the chamber on the second day of the 'Scotland's Choice' debate on a motion to seek the authority to hold an indpendence referendum, at the Scottish Parliament in Edinburgh
© AFP 2022 / RUSSELL CHEYNE / POOL

Under the devolution settlement, constitutional issues and the future of the union are powers reserved to Westminster. Accordingly, the 2014 referendum was able to take place after Cameron’s government issued a section 30 order under the Scotland Act 1998. Johnson has repeatedly ruled out granting a section 30 order.

Ahead of the current election, Nicola Sturgeon was seen as “throwing down the gauntlet” to Boris Johnson.

Nicola Sturgeon tells @PeterAdamSmith that she will go ahead with legislation for a second referendum and Boris Johnson will have to go the Supreme Court if he wants to stop her.

Sturgeon was quoted by Sky News as saying Johnson was "not entitled to stand in the way of the democratic choices of the people of Scotland".

"I'm saying if Boris Johnson wants to stop it, he would have to take legal action," she said.

At the midpoint of the #SP21 count, the scale of @theSNP achievement is beyond doubt - 14 years in government and still polling in high 40%s, gaining seats from other parties & firmly on course for a 4th consecutive term in office 🙏

Nicola Sturgeon, set to continue as the country’s leader, with the final constituency and regional list results coming out on Saturday, was quoted by Reuters as saying on 7 May:

“I am extremely happy and extremely confident that we are on track in the SNP for a fourth consecutive election victory." She added:

"If that is indeed the outcome of this election, I pledge today to get back to work immediately to continue to steer this country through the crisis of Covid, to lead this country into recovery from Covid. And then, when the time is right, to offer this country the choice of a better future."