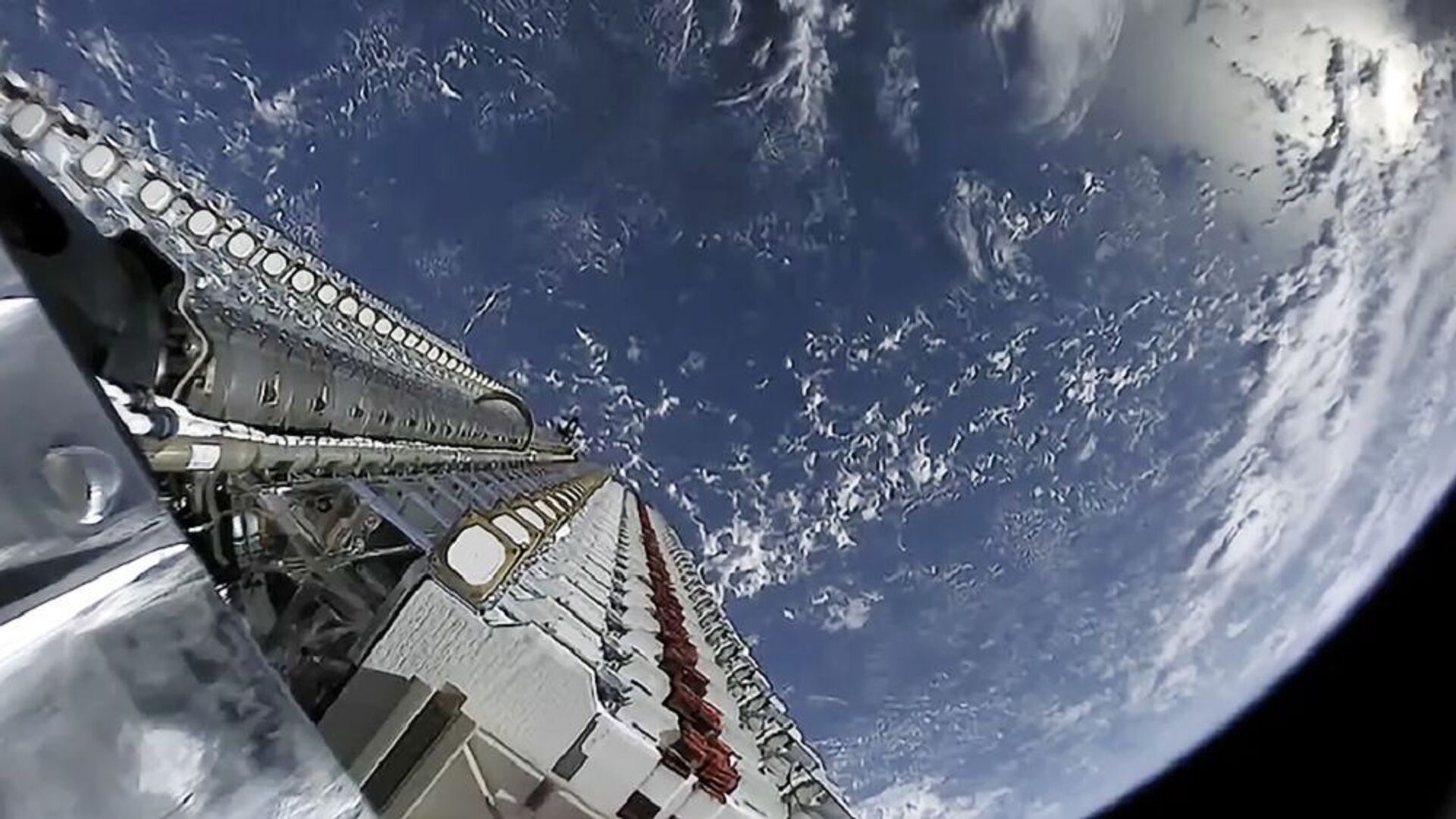 Andrei Dergalin
All materialsWrite to the author
This week’s SpaceX launch puts the total number of Starlink satellites orbiting Earth at over one thousand.

A recent SpaceX launch has apparently caused quite a commotion in Los Angeles when the rocket’s payload reached orbit and became visible to those on the ground.

According to TMZ, the ensuing spectacle, which appeared as "string of lights moving across the sky in unison", left many onlookers in LA puzzled and somewhat uncertain about what exactly they were witnessing.

As the media outlet points out, however, the objects spotted in the sky were no UFOs but rather the result of a Falcon 9 rocket delivering some 60 Starlink satellites in orbit earlier this week, with the total number of these satellites circling our planet now exceeding 1,000.

Did anyone else see a strand of moving lights above Los Angeles tonight? 👽 pic.twitter.com/4qPw4JJmUs

​"They were still in low orbit, and they were still clustered together so we call this like the Starlink train," said astronomer Dr. James Davenport. "You see like a little chain of satellites all close together reflecting sunlight back at us."

The launch also reportedly "freaked out" people on the West Coast of the United States, with people in Washington and Oregon suspecting that "aliens were invading".