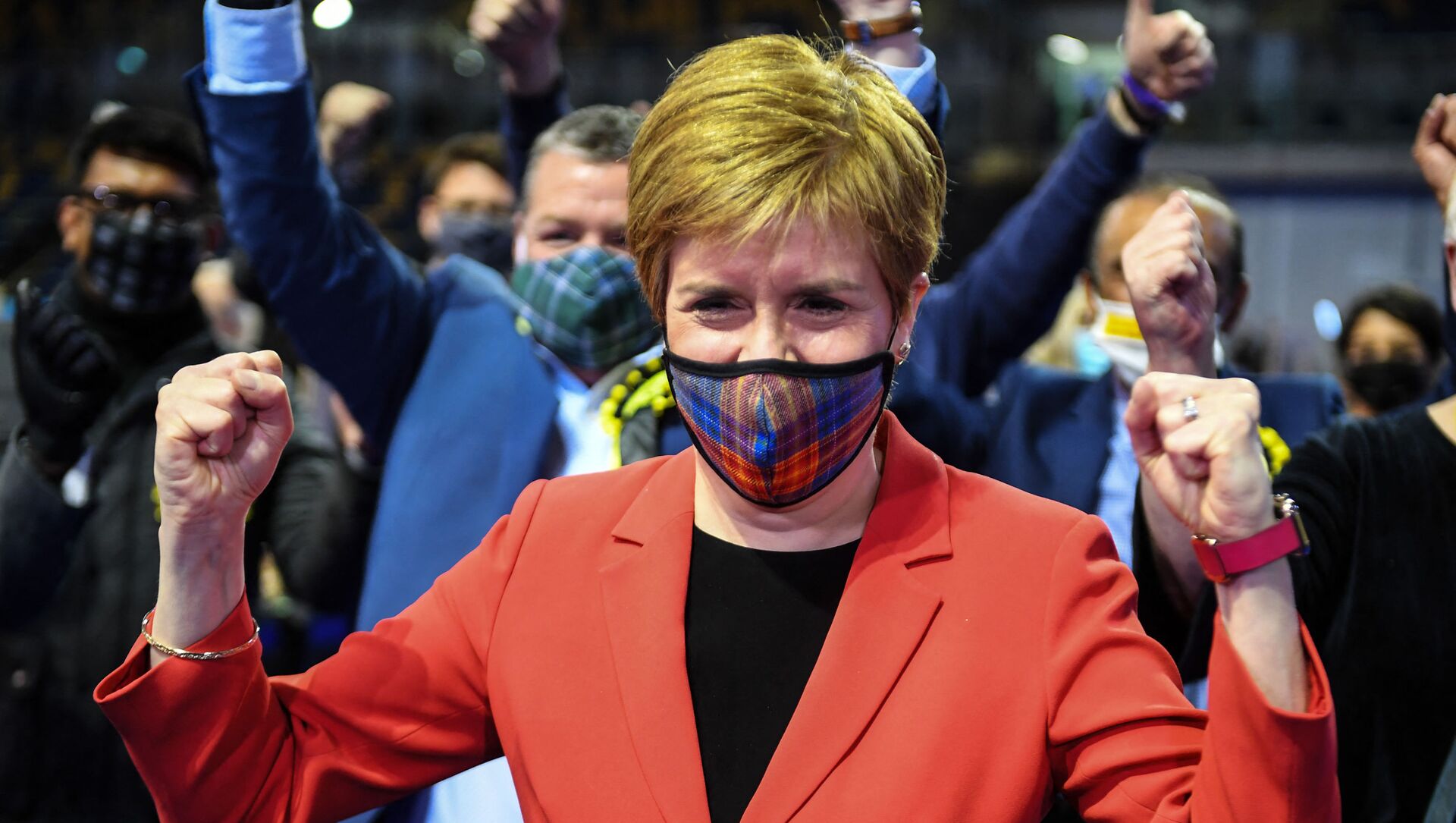 Sofia Chegodaeva
All materialsWrite to the author
Earlier, the SNP said it plans to hold a new vote on secession by the end of 2023 if a pro-independence majority returns to Parliament.

The pro-independence SNP has won 27 of the first 30 seats so far declared in the Scottish Parliament election, including taking East Lothian from Labour and Ayr from Johnson's Conservatives, which are considered two of the election's key battlegrounds, according to Reuters.

However, as the voting is still ongoing, the odds of the pro-union parties securing as many seats as the SNP are still pretty high.

"I am extremely happy and extremely confident that we are on track in the SNP for a fourth consecutive election victory," she said, as quoted by Reuters.

The outcome of the election could put Scotland on the path towards another independence referendum. However, UK Prime Minister Boris Johnson has repeatedly said that he will block such a vote. In 2014, Scots voted 55%-45% to remain part of the UK.