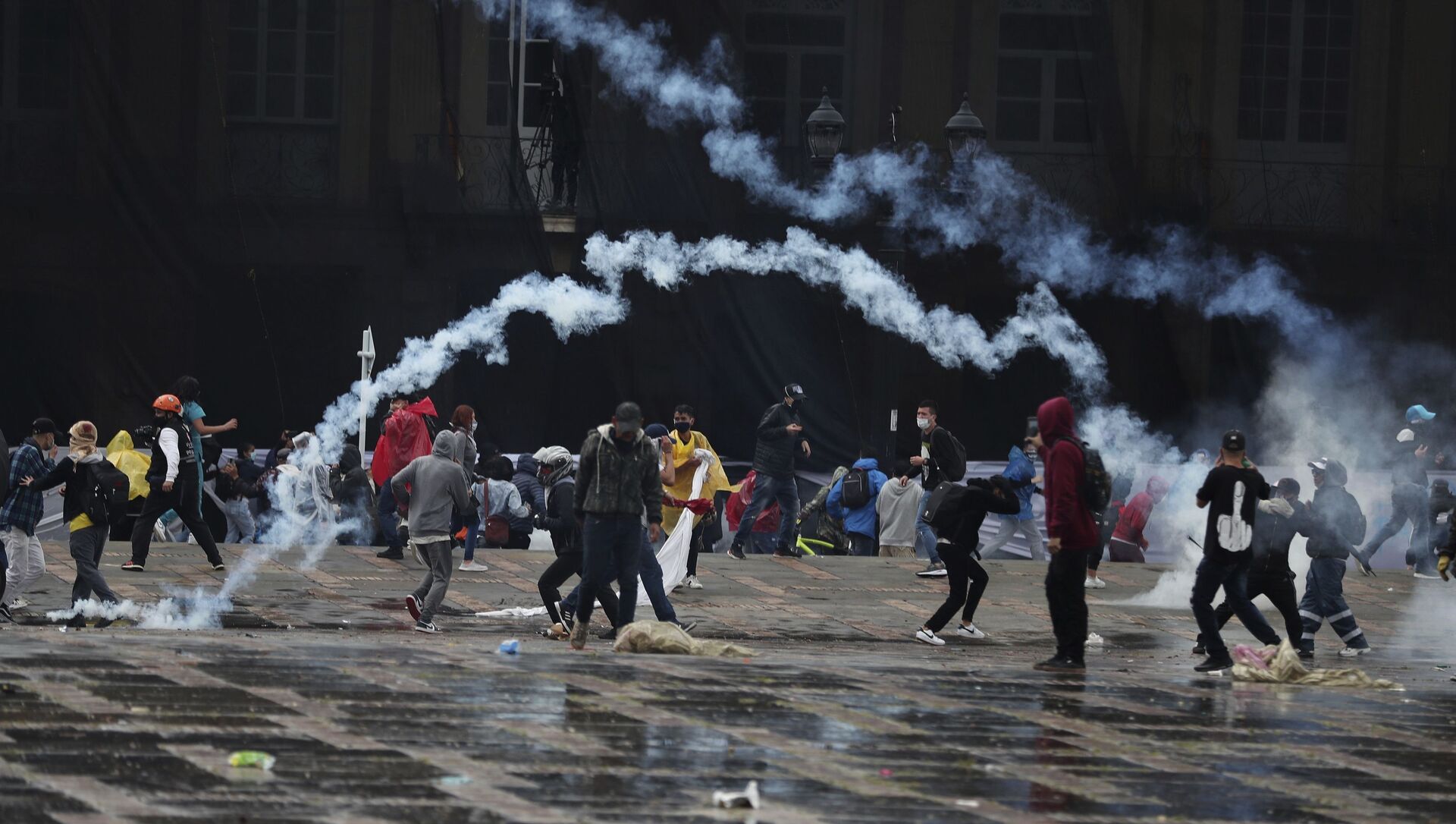 MEXICO CITY (Sputnik) - A total of 379 people went missing in Colombia over nine days of protests triggered by the now-shelved tax reform, the Movice National Movement of Victims of State Crime has announced.

"The organizations of the Working Group on Enforced Disappearances have transferred data on 379 persons who have gone missing since the beginning of the April 28 demonstrations to the present day to the [International Commission on] Missing Persons and the Colombian Ombudsman's Office," the human rights group wrote on Twitter late on Thursday.

According to the latest data from the Ombudsman's Office, searches for 51 people are underway, another 38 have been found. The protests resulted in 352 civilians and 38 law enforcement officers receiving injuries.

Rallies in Colombia against an increase in gas prices and utility bills as part of state-proposed tax reform have been underway since 28 April. Despite President Ivan Duque withdrawing the controversial reform on Sunday, protesters have continued to rally across the country. Demonstrators are now demanding a review of the sanitary emergency and health care reform, the dissolution of the ESMAD riot police, demilitarization of cities and punishing those responsible for killing protesters.

At least 31 protesters were killed, 1,220 were injured and 87 went missing in the first week of protests against the tax reform, according to the Colombian Institute for Development and Peace Studies. The United Nations condemned the use of violence against protesters.