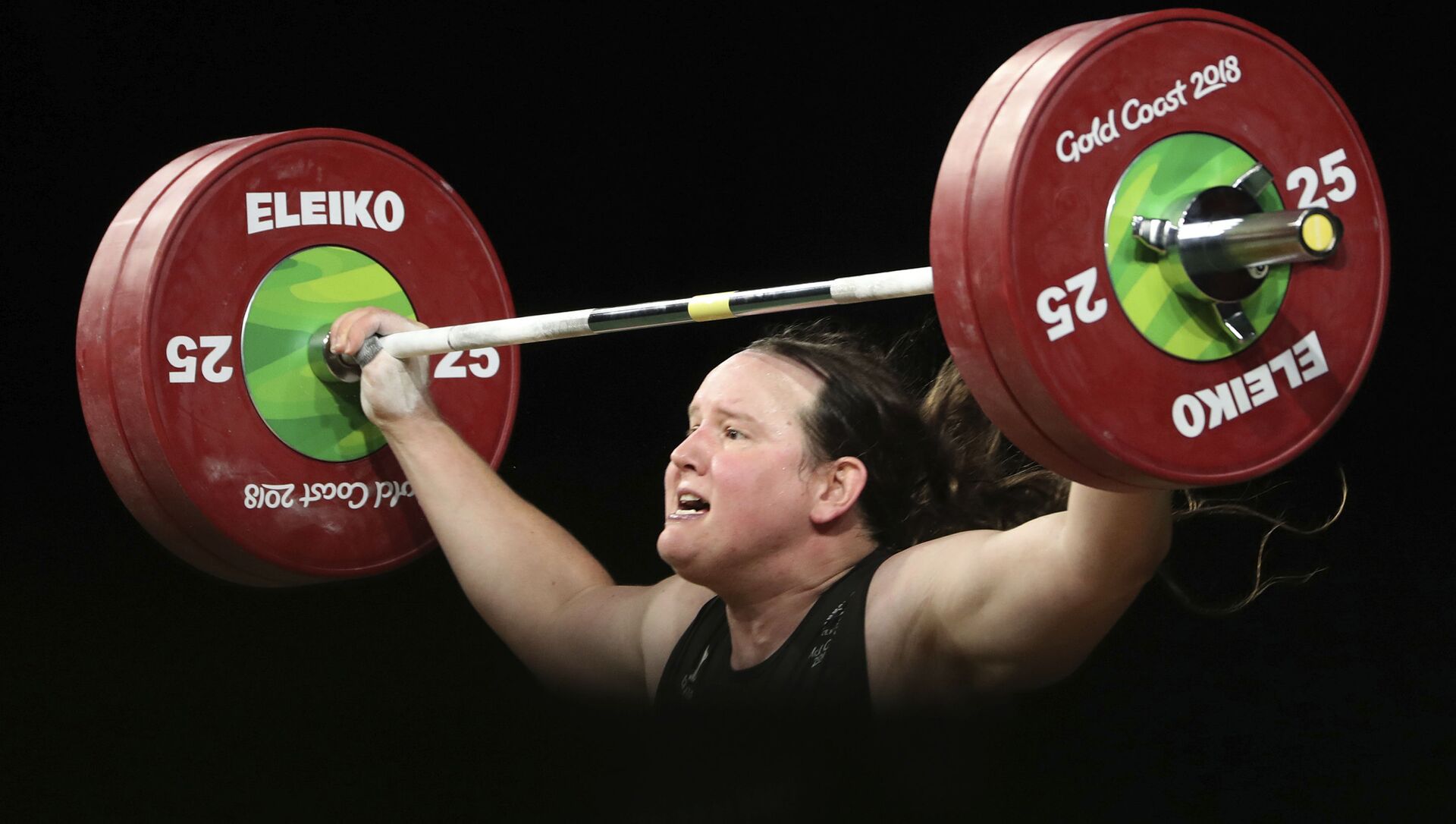 Aleksandra Serebriakova
Moscow-based Sputnik correspondent specializing in foreign affairs.
All materialsWrite to the author
The International Weightlifting Federation (IWF) announced this week that qualifying requirements for the Tokyo Games have been modified, effectively paving the way for the first transgender athlete to enter the Olympics.

It's “very likely” that Laurel Hubbard, a trans weightlifter from New Zealand, will represent her country at the Tokyo Olympics this summer following amended qualification rules, the New Zealand Olympic Committee (NZOC) has confirmed.

However, the prospect of Hubbard – who transitioned from a fully-grown man at the age of 35 – has sparked fury among fellow weightlifters. 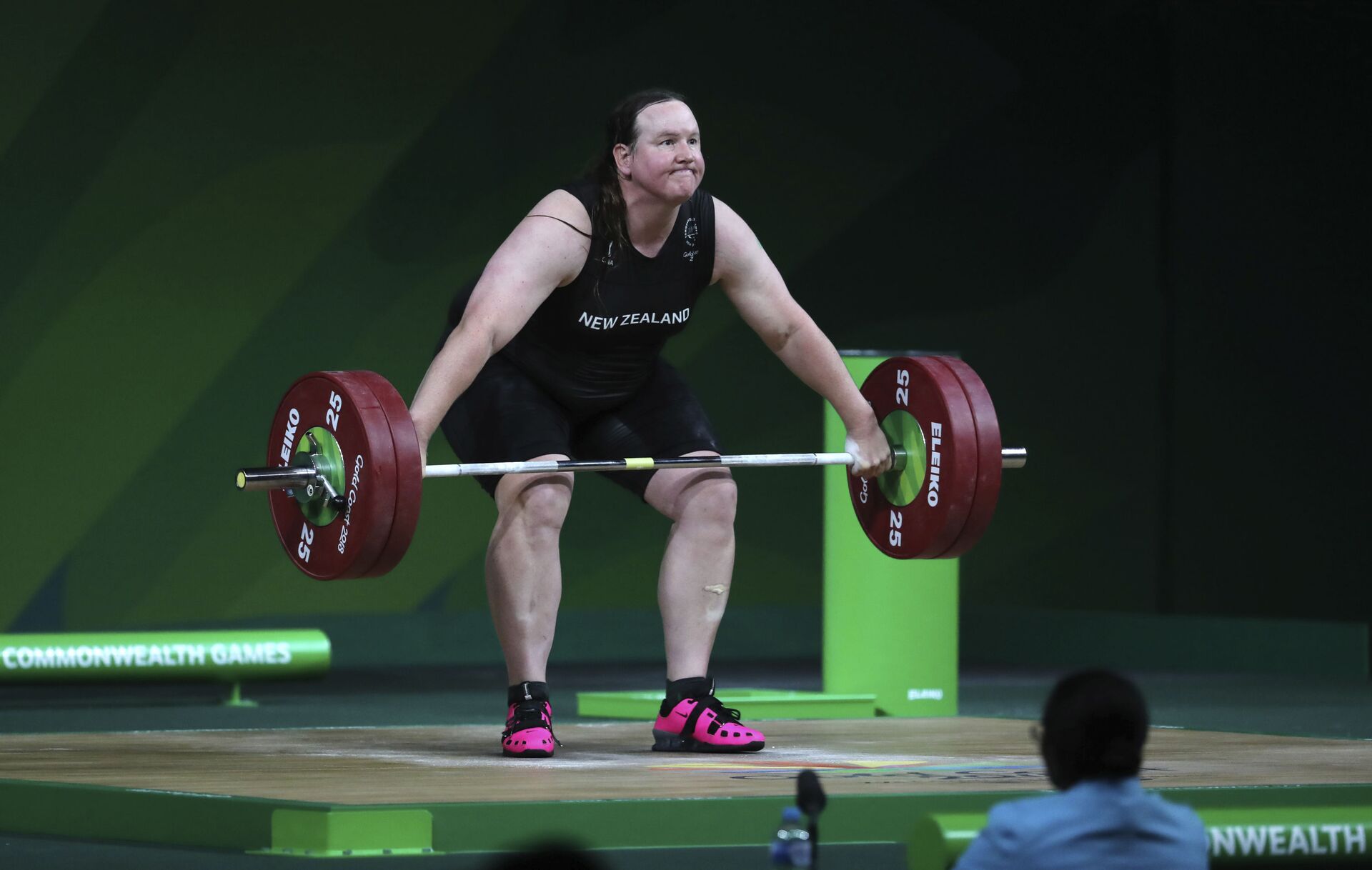 Former New Zealander weightlifter Tracey Lambrechs told TVNZ that she's “quite disappointed” after learning the news, suggesting that Hubbard’s entry would put the other female athletes at a disadvantage, while her inclusion would be at a non-trans weightlifter's expense due to limited places.

But those who try to raise the issue are getting silenced, Lambrechs claims.

“We're all about equality for women in sport but right now that equality is being taken away from us,” the 2018 Commonwealth Games bronze medal winner said.

“I've had female weightlifters come up to me and say, ‘what do we do? This isn't fair, what do we do?’ Unfortunately, there's nothing we can do because every time we voice it we get told to be quiet,” Lambrechs added.

According to the International Olympic Committee's (IOC) 2015 guidelines, female transgenders can compete in the women’s category if their testosterone levels remains below 10 nanomoles per litre during the previous year. Many are still critical of the rule, arguing that puberty endows men with increased bone and muscle strength, regardless of further medical treatment to decrease testosterone levels during the transition period.

Arkansas Becomes First US State to Ban Transgender Youth Treatment After Veto Override
The New Zealand Olympics team is yet to be announced, but NZOC said there's a big chance that Hubbard will be automatically allocated the quota spot at the Games after an earlier requirement “to attend six competition events has been reduced to four” due to the COVID pandemic.

Hubbard, who didn’t have any major wins as a male weightlifter after setting a junior record at the age of 20, beat former Samoan champion Feagaiga Stowers to Commonwealth gold in 2019 following her transition, sparking outrage.

If chosen to represent New Zealand at Tokyo in the summer, Hubbard will compete in the women’s +87kg category, where she's currently ranked 16th in the world.

I am going to self identify as a 6 year old and join my son's under 7's rugby team, and kick everyone's asses. Would this be allowed?

Following a wave of criticism, the IOC said in a statement on Thursday that it was “developing new guidance to help ensure that athletes – regardless of their gender identity and/or sex characteristics – can engage in safe and fair competition."

The Committee added that it will take into account "perceived tension between fairness/safety and inclusion/non-discrimination."