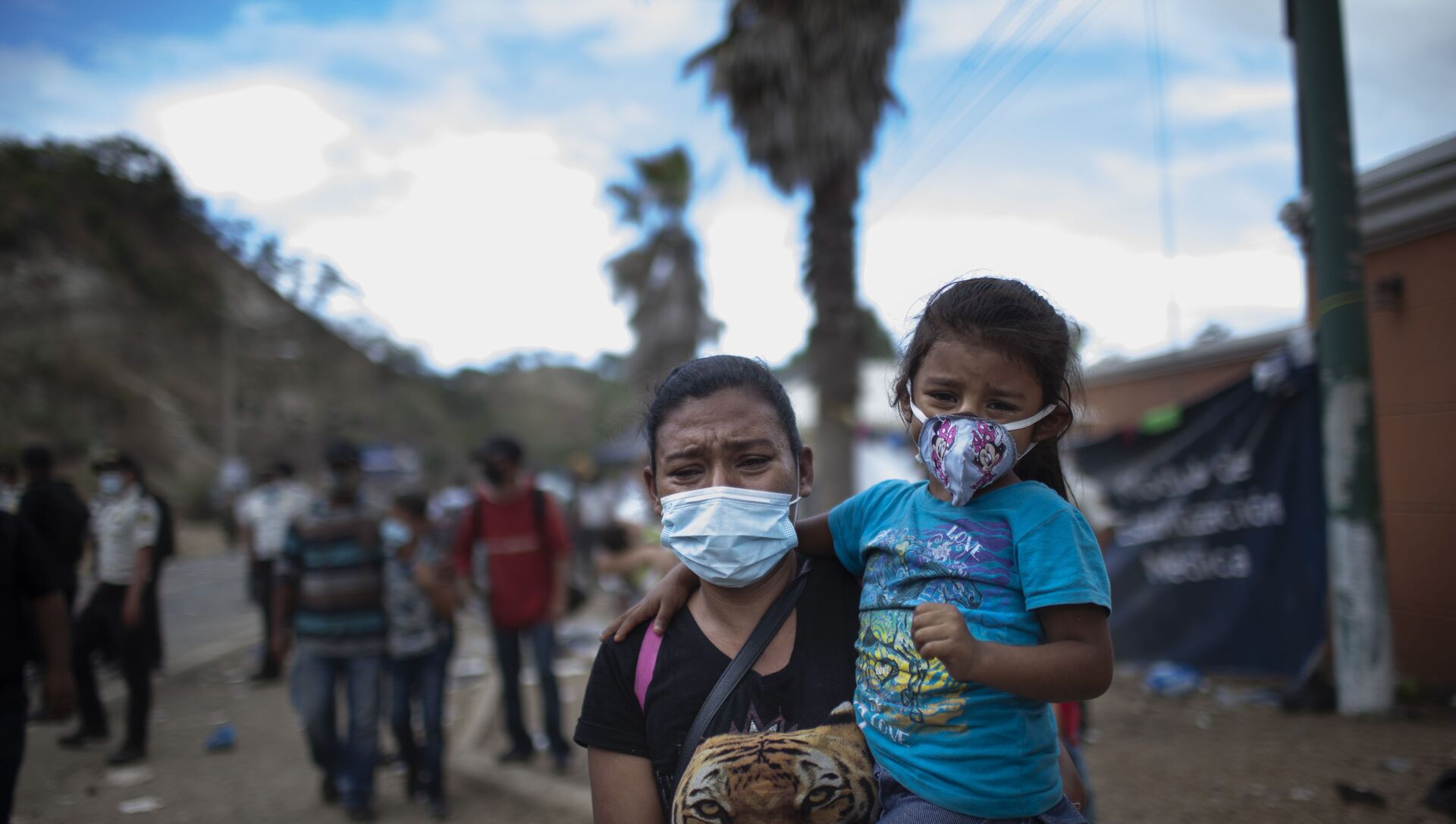 Ilya Tsukanov
All materialsWrite to the author
The so-called Northern Triangle of Central America, consisting of Guatemala, Honduras, and El Salvador, has been long been plagued by social unrest, poverty, violence, and corruption, partially attributable to centuries of US meddling in the region's affairs. The crisis has caused many people from these countries to flee in search of a better life.

It's in Washington and Mexico City's "mutual interest" to "provide immediate relief to the Northern Triangle and to address the root causes of migration" from the region into the United States, Vice President Kamala Harris has said.

Speaking to Mexican President Andres Manuel Lopez Obrador on Friday, Harris – tasked with heading up Washington's effort to dramatically reduce migration from Mexico and Central American nations – urged Mexico to team up with the US to fight violence and corruption.

"You and I have discussed before an understanding and a belief [that] most people don't want to leave home and when they do, it is often because they are fleeing some harm or they are forced to leave because there is no opportunity in their home," Harris said, addressing the Mexican president.

Harris noted that the US approach would include working with allies, countries in the region and worldwide, as well as the private sector and community organisations to solve the crisis. She did not specify what form any "immediate relief" to the region would take.

Lopez Obrador told Harris that the US could count on Mexico's help in matters of immigration, and that he had a "specific proposal" in mind that he would like to discuss with her.

Ahead of the meeting, the Mexican president demanded that Washington stay out of Mexico's internal affairs after showing tax records of payments from the US government to a local anticorruption watchdog, which he said was working against his administration.

"It is an interventionist act that violated our sovereignty," Lopez Obrador said, adding that his country had filed a formal diplomatic note of protest with the US Embassy.

"That's why we're asking the [US government] to clarify this for us. A foreign government can't provide money to political groups," he emphasised.

The watchdog, known as Mexicans Against Corruption and Impunity, has made numerous claims criticising the social democrat president, and publicly lists USAID as one of its financial supporters.

VP Harris Reportedly Unaware Her Children's Book Found Its Way to 'Welcome Packs' For Migrant Kids
The United States is facing its biggest immigration crisis in decades as tens of thousands of would-be illegal immigrants attempt to make their way into the country via the southern border with Mexico. US Customs and Border Protection data shows that border officers encountered over 172,000 would-be migrants in March alone, detaining more than 100,000 more in the month before that. The surge has stretched border patrol forces to breaking point and has caused major shortages of space for those being detained awaiting deportation – or, in the case of unaccompanied minors, resettlement. Republican lawmakers have had a field day posting footage and images of "kids in cages" in detention facilities, of the same type that Democrats accused Donald Trump of operating during his presidency. 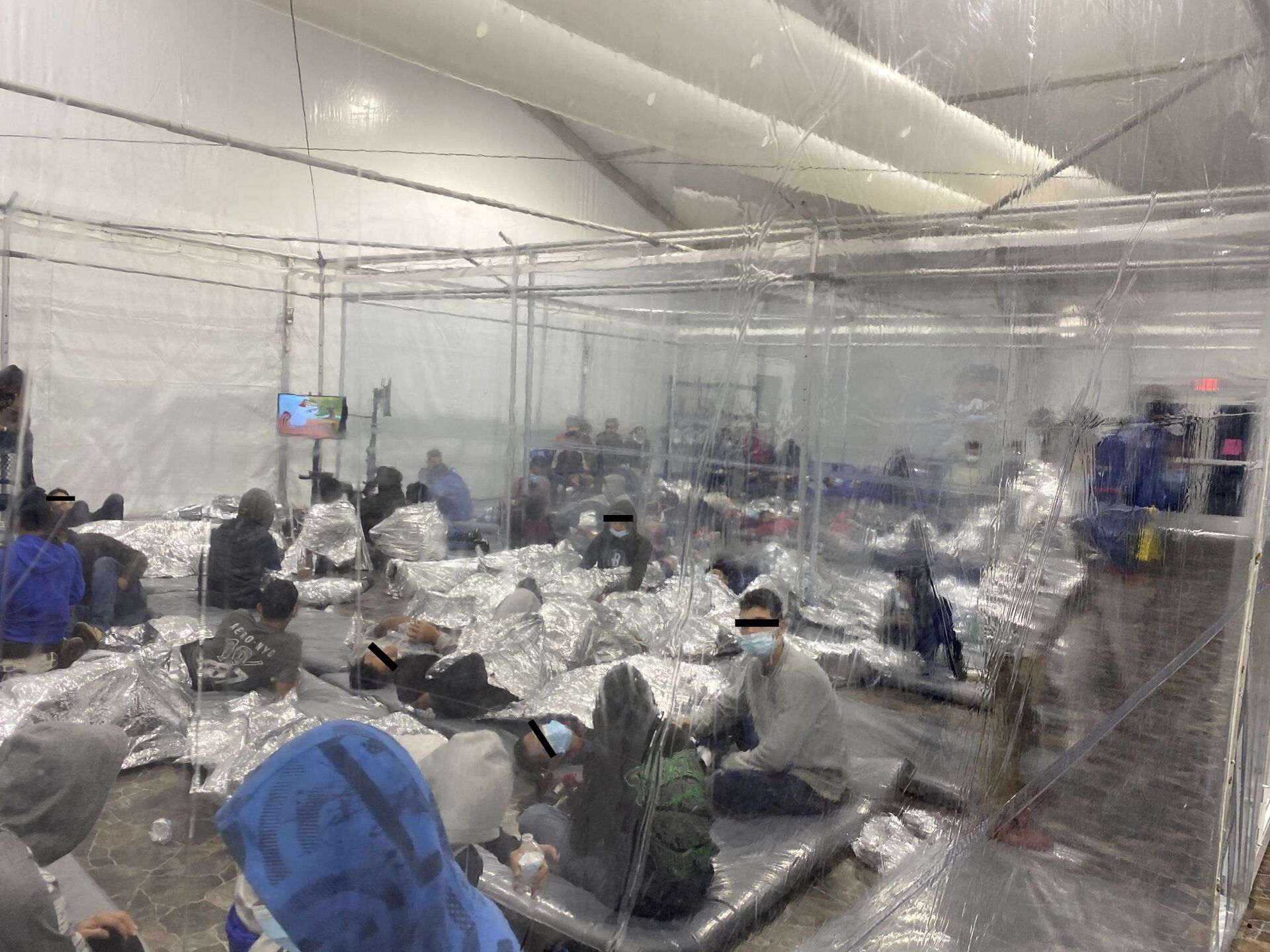 Last month, President Alejandro Giammattei of Guatemala, one of the countries leading the way in sending migrants to the US, said that the Biden administration's "confusing" messages about a willingness to "take the children" contributed to the crisis.

Conservatives have widely derided the Biden administration for scrapping nearly a dozen hardline Trump-era directives related to immigration during the Democrat's first weeks in office. The White House, meanwhile, has blamed Trump and the "cyclical" nature of migration for the crisis.

Biden Immigration Policy in First 100 Days 'Disaster', Ex-Border Protection Official Says
Among the policies the Biden administration enacted in January were a near total halt to construction of the Trump border wall, a promise to end "harsh and extreme immigration enforcement," a commitment to "restore and expand" the asylum system," and a "path to citizenship" for the estimated 11 million undocumented immigrants already living in the US.

Much of Central and South America have suffered from decades of instability, poverty, violence, and corruption, partially attributable to poor local leadership and oligarchic rule, and partially to the history of US meddling in the region. Since 1950, the United States has intervened in Latin America militarily or via the CIA over 50 times, staging a coup in Guatemala in 1954, funding death squads in El Salvador and Nicaragua throughout the 1980s, invading Panama in 1989, and supporting a military coup in Honduras in 2009 which toppled the country's democratically elected president.