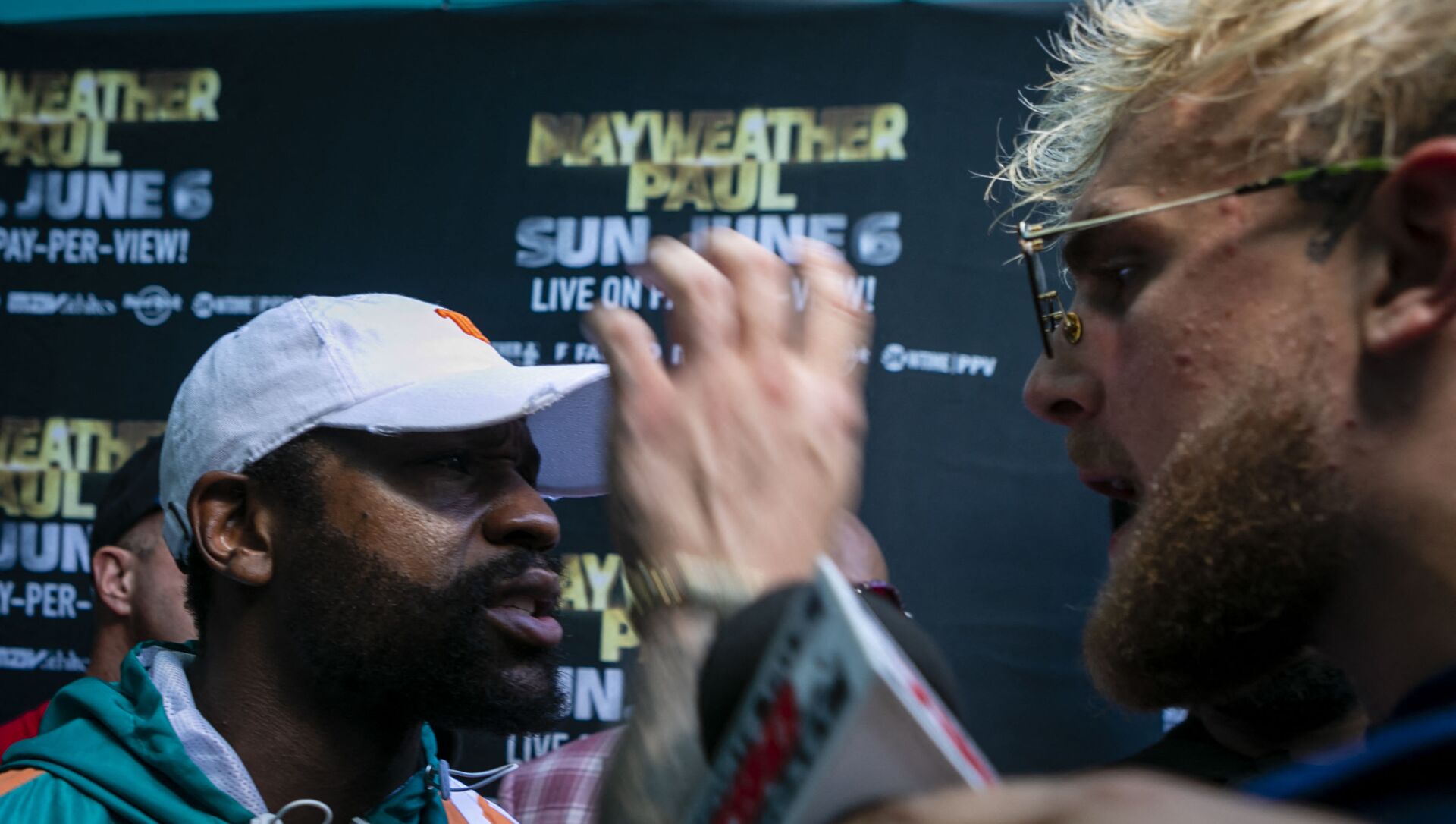 Daria Bedenko
All materialsWrite to the author
The fight between the YouTuber-turned-professional-boxer, Logan Paul, and boxing icon Floyd Mayweather is scheduled for 6 June and will take place at the Hard Rock Stadium in Miami.

The brother of YouTuber and boxer Logan Paul, Jake Paul, appeared to spark passions during a press conference with Floyd Mayweather in Miami, when he taunted the Hall of Fame boxer and snitched his hat - something that Mayweather did not enjoy at all.

The tease appeared to infuriate the boxer, who started chasing Jake all around the place, with the crowd struggling to hold him back. What started as an exchange of taunts finished off as a chaotic squabble after Jake Paul spewed the line "Gotcha hat" and quickly ran away.

​Later, Jake Paul took to social media to turn his account into a "Gotcha Hat" meme, as he changed his username on Twitter, appeared to tattoo the line on his leg and revealed that one of Mayweather's guards gave him "a clean shot in the eye".

The online celebrity was also quick to launch a merchandise collection of "gotcha hats", immediately triggering feedback, with reactions varying from laughs and jokes to observations that the entire scuffle was staged to hype interest in the upcoming Logan Paul vs. Floyd Mayweather boxing match.

if you don’t get gotcha hat then a fool👇🏼https://t.co/Z6fKZE1mLK

We know why BOTH of them are there lmao pic.twitter.com/SqEGucRTlQ

all for a hat pic.twitter.com/mfTyvAPT4n

​He was not the only one, as another professional fighter famous for his trash talk and notorious behaviour, Conor McGregor, posted on Instagram that Floyd acted in an "embarrassing" way and should "thank" Jake Paul.

"The kid actually just pulled this shambles of a situation Floyd is in out of the drain for him. He should thank him. It’s embarrassing! Pro to pro it’s embarrassing", McGregor said. "He will not scratch 10m for this fight and he knows it."

The fight between Logal Paul, a Youtuber-turned professional boxer, and Hall of Fame boxing star Floyd Mayweather is scheduled for 6 June as part of a special exhibition event.