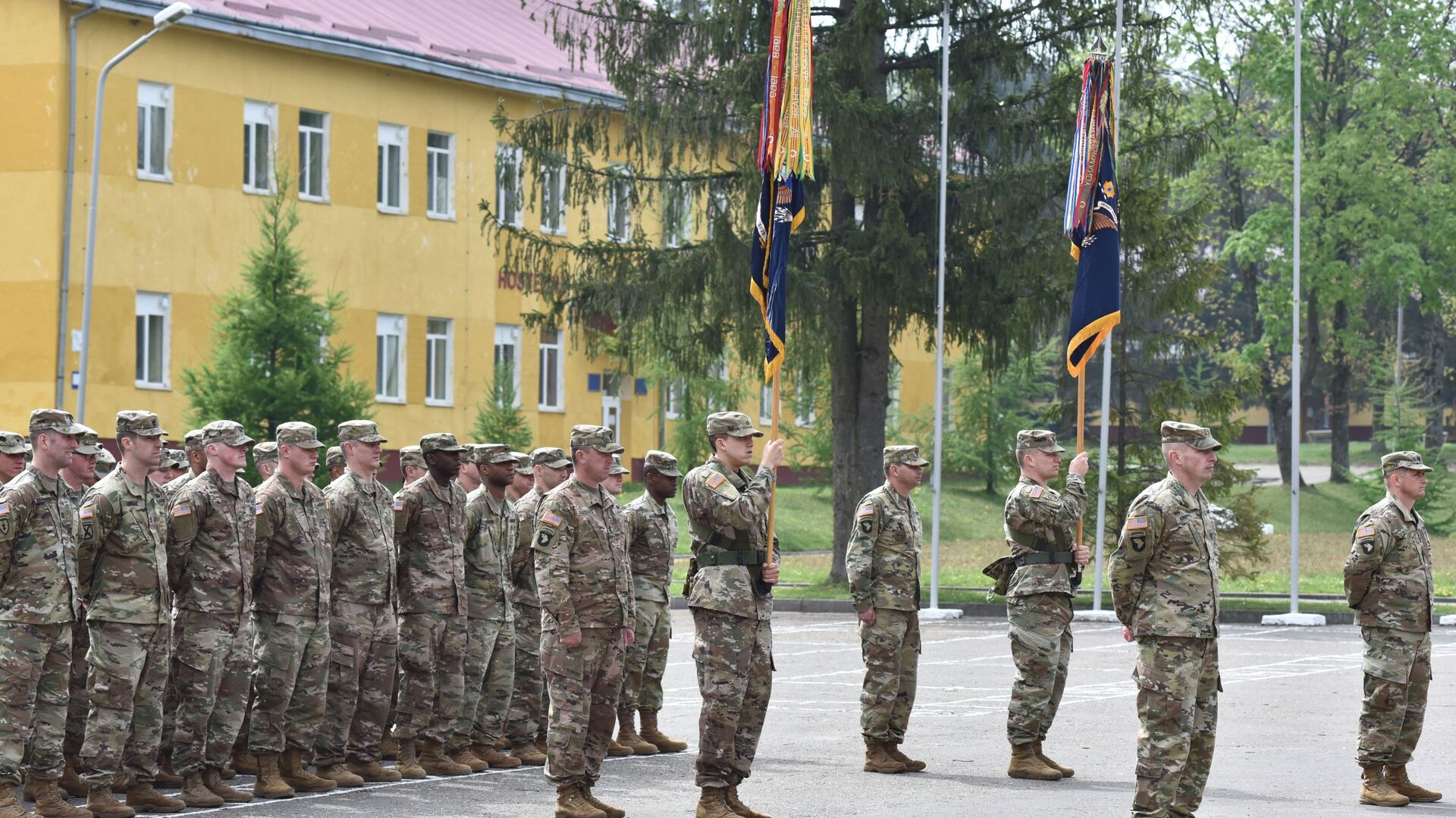 Ilya Tsukanov
All materialsWrite to the author
Kiev dropped its pursuit of non-bloc status after the US and EU-backed Maidan coup d'etat in February 2014, and has since expressed its intention to join the Western alliance. Under NATO's rules, countries with territorial disputes with neighbours, and those suffering from civil war, are not eligible to join until these problems are resolved.

"We support it," the spokeswoman said, speaking to reporters aboard Air Force One on route to Lake Charles, Louisiana on Thursday.

"Secretary [of State Antony] Blinken is in Kiev right now to affirm our support for Ukraine's sovereignty, territorial integrity, and independence. His trip also emphasises the importance of Ukraine passing key legislation to advance rule of law, anti-corruption and economic reforms that will strengthen Ukraine's democracy and economy, and further Euro-Atlantic integration," Jean-Pierre said.

"The Biden administration is committed to ensuring that NATO's door remains open to aspirants when they are ready and able to meet the commitments and obligations of membership and contribute to security in the Euro-Atlantic area," she specified.

Blinken Says US Will Continue to Provide Defence Support to Ukraine
The spokeswoman added that Washington "supports" Ukraine's reforms "and its border fight against Russia aggression."

Jean-Pierre's comments come a week after President Joe Biden told Congress that the US was not seeking an escalation in tensions with Russia, which has repeatedly expressed its concerns about the NATO buildup on its western borders.

Last Friday, acting US Assistant Secretary of State for European and Eurasian affairs Philip Reeker told reporters that Washington was "committed certainly to ensuring that a country like Ukraine can work to meet" NATO's standards for aspirants.

In mid-April, Ukraine's ambassador to Germany warned that Kiev may need to become a nuclear-armed state again for "protection" if the Western Alliance doesn't allow it to become a member in a timely manner.

Ukraine scrapped its commitment to non-bloc status in the aftermath of the Western back coup in Kiev in 2014, which overthrew the unpopular but democratically-elected government of President Viktor Yanukovych and Prime Minister Nikolai Azarov. After the coup, the Crimean referendum to secede from Ukraine and rejoin Russia, and the breakout of a civil war in the country's east, the Ukrainian government reactivated shelved plans to join the alliance. In June 2020, NATO recognised Ukraine as an "enhanced opportunities partner," pointing to its provision of troops to alliance operations in Afghanistan and Kosovo, involvement in drills, and contributions to the NATO Response Force. 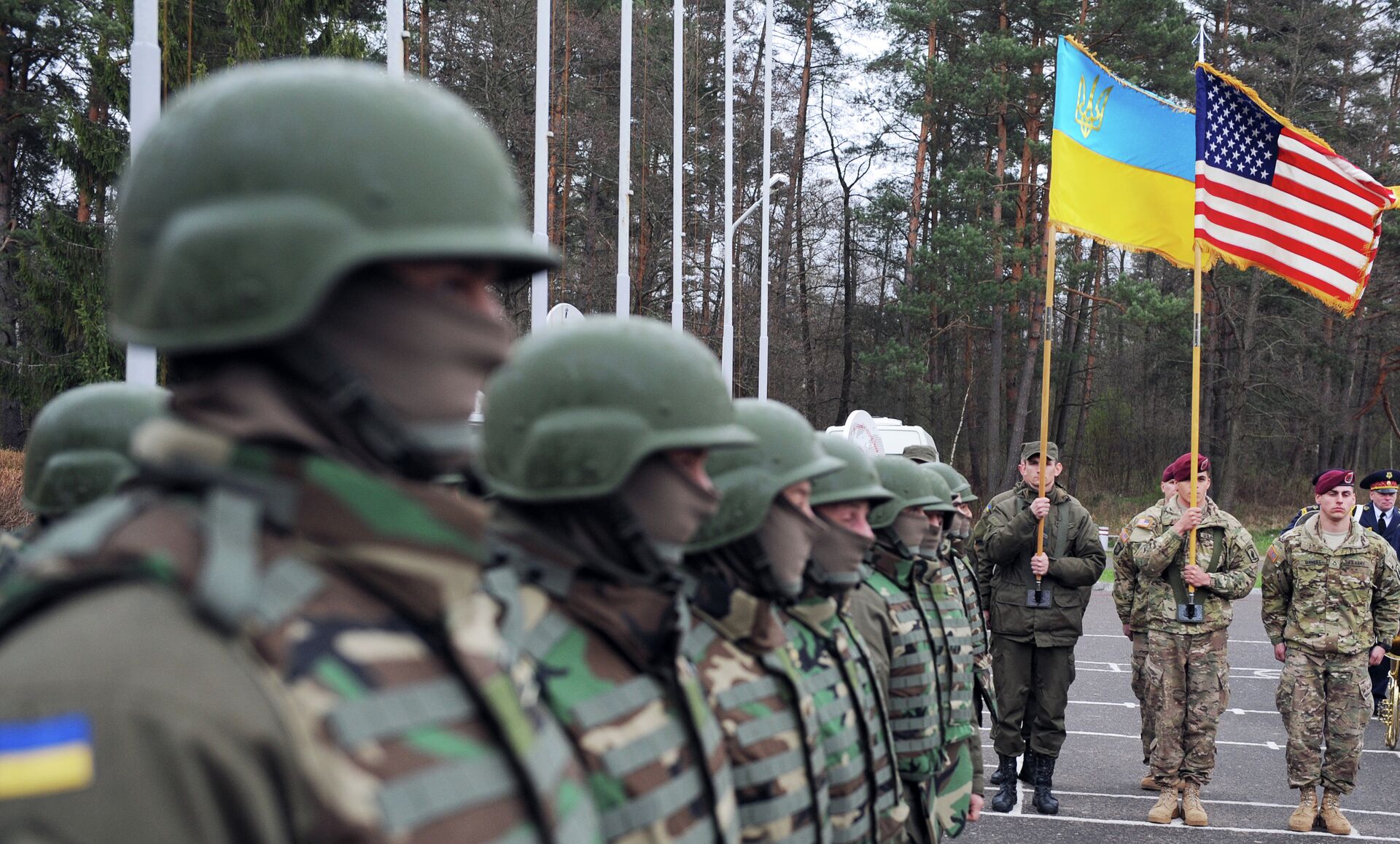 Ukraine does not presently meet the Western alliance's terms for membership, which ostensibly include "a functioning democratic political system based on a market economy; fair treatment of minority populations; a commitment to resolve conflicts peacefully; an ability and willingness to make a military contribution to NATO operations; and a commitment to democratic civil-military relations and institutions."

NATO's B-Day: Russian Foreign Ministry Mocks Bloc's 'Securing Peace' Motto, Points to Soaring Budget
Last month, Russian Foreign Ministry spokeswoman Maria Zakharova said that any "hypothetical" Ukrainian membership in NATO would lead to a large-scale escalation of the frozen war in the country's east, and warned that it "may lead to irreversible consequences for Ukrainian statehood," presumably because millions of Ukrainians, particularly in the country's east and south, oppose membership in the alliance.

NATO was formed in 1949 during the intensification of the Cold War between the United States and the Soviet Union. In 1990, at the end of the Cold War US Secretary of State James Baker made a verbal commitment to Soviet leader Mikhail Gorbachev promising that the alliance would "not" expand "one inch eastward" beyond the former East Germany following its annexation by the Federal Republic. Since that time, NATO has expanded into every former member of the Moscow-led Warsaw Pact alliance, plus the three Baltic republics of the former Soviet Union, and four republics of the former Yugoslavia.