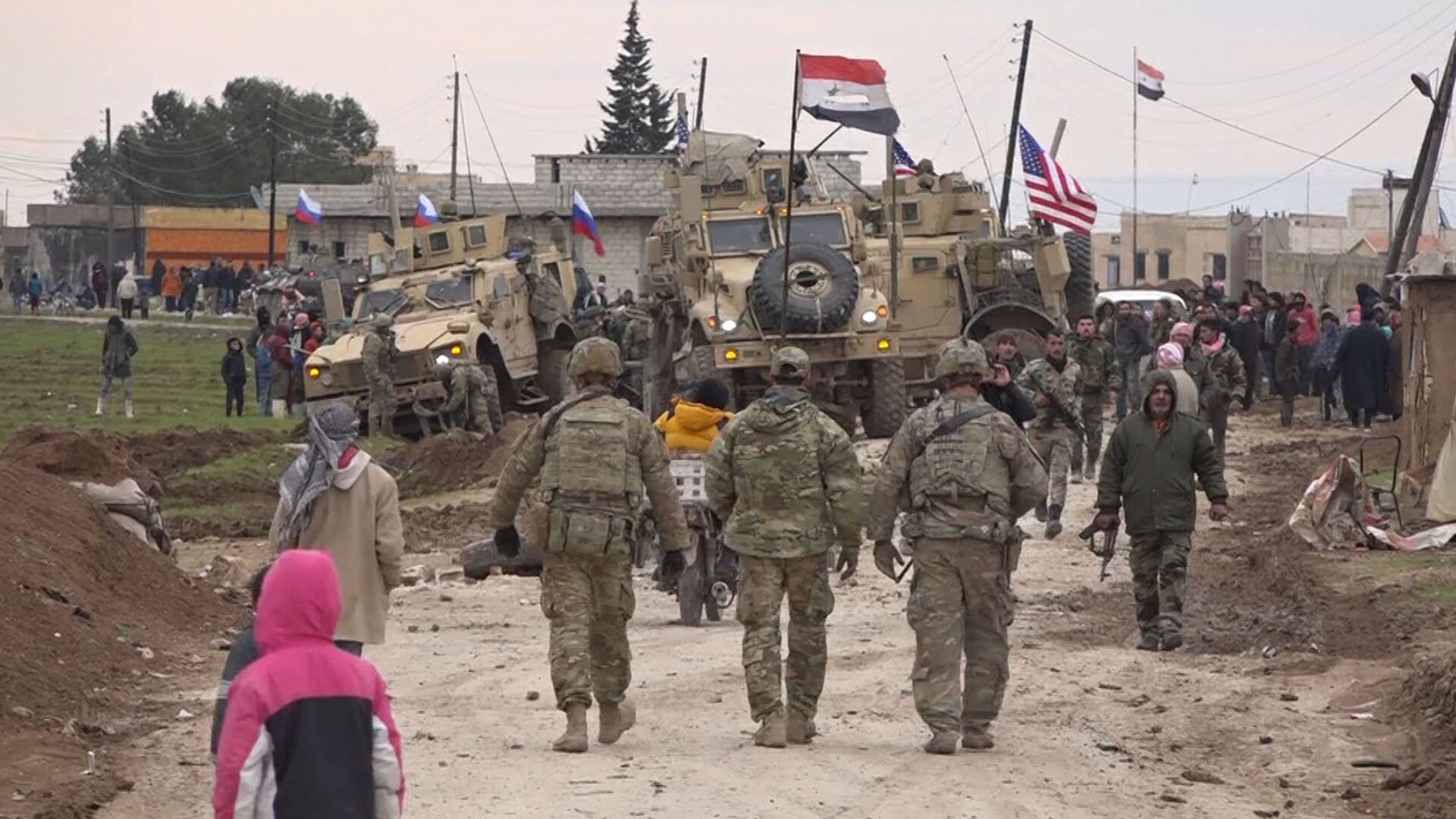 Ilya Tsukanov
All materialsWrite to the author
Damascus and its allies have repeatedly blasted the US over their illegal occupation of Syrian territory in the country’s south and northeast, and have demanded that all foreign military forces not explicitly invited into the country by the Syrian government vacate the Middle Eastern nation immediately, in accordance with international law.

The Russian Embassy in Washington has reminded the US that its troops have no legal mandate to be in Syria.

The reminder comes following the publication of the quarterly report to Congress by the Pentagon, the State Department and the US Agency for International Development on the state of the US-led coalition’s operations in the Syrian Arab Republic.

“We would like to remind: The US military presence in Syria is illegal in the first place. So the US does not have any right to criticise the legitimate actions of the Russian Armed Forces, which operate in Syria at the invitation of the Syrian Government,” the Embassy tweeted, accompanying its post with a screenshot of part of the report.

We would like to remind: 🇺🇸 military presence in #Syria is illegal in the first place. So the #US does not have any right to criticize legitimate actions of the Russian Armed Forces which operate in #Syria on the invitation of 🇸🇾 Government. pic.twitter.com/LUHmUTGHSY

In its report to Congress, US officials accused Russia of “continu[ing] to violate the de-confliction processes that the Coalition and Russia established in northeastern Syria to prevent inadvertent escalations”, citing a “slight” increase in incidents such as “the addition of an extra vehicle to pre-arranged patrols and not providing proper notification of military transport and fighter aircraft moving from Russia to Syria”.

The report admitted that Russian actions “did not pose a threat to Coalition forces”, and went on to indicate that Russian forces had increased their numbers and were operating in “closer proximity to Coalition forces” in Syria’s northeast following the 2019 Turkish invasion of the country’s north. The report cited information by the US Defence Intelligence Agency accusing Russia of seeking to “harass and constrain US forces, with the ultimate goal of compelling US forces to withdraw from northeastern Syria”.

Pentagon's childish games.
The Russian Military Police officer:
"This is the territory of Syria. Russian military is here per invitation of Syriavs president and an authorization of the UN SC. On what basis American armed forces are here? We ask them to cease following us." pic.twitter.com/uRFIsuLplk

US Occupation of Syria

The United States and its European and Gulf State allies began a military operation in Syria in 2014, flying thousands of sorties ostensibly aimed at destroying Daesh (ISIS)* and other terrorist groups in the country’s east. By 2017, the ‘caliphate’ was crushed, and US forces occupied large swathes of territory in Syria’s south and northeast, including the at-Tanf border region near Jordan and Iraq, as well as oil, gas and agriculturally-rich territories east of the Euphrates River.

Damascus and its allies have accused Washington of using its presence at at-Tanf to train ‘former’ terrorists to fight the Syrian government, and have charged the US and Turkish-backed forces with illegally occupying the country’s northeastern territories and pillaging its energy and food resources. Washington has rejected these claims, and formally continues to assert that its presence in Syria is aimed strictly at preventing Daesh’s resurgence and supporting local self-governance initiatives.

Trump’s Former Syria Envoy Calls al-Qaeda’s Syrian Offshoot ‘Asset’ to US
However, in a series of candid statements in recent months, Jim Jeffrey, former US special representative for Syria, revealed that he and members of his staff had deliberately misled President Trump about the true size of the US military footprint in the country, and stopped him from withdrawing from the country. Jeffrey also admitted that the US mission in Syria was about preventing the Syrian government from regaining its territories, not stopping Daesh. Last month, Jeffrey even suggested that al-Nusra,* the al-Qaeda* spinoff in Syria which now goes by the name Hayat Tahrir al-Sham*, was “an asset” to the US strategy in Syria. Jeffrey encouraged President Biden to continue Trump’s policy on Syria and the Middle East in general.