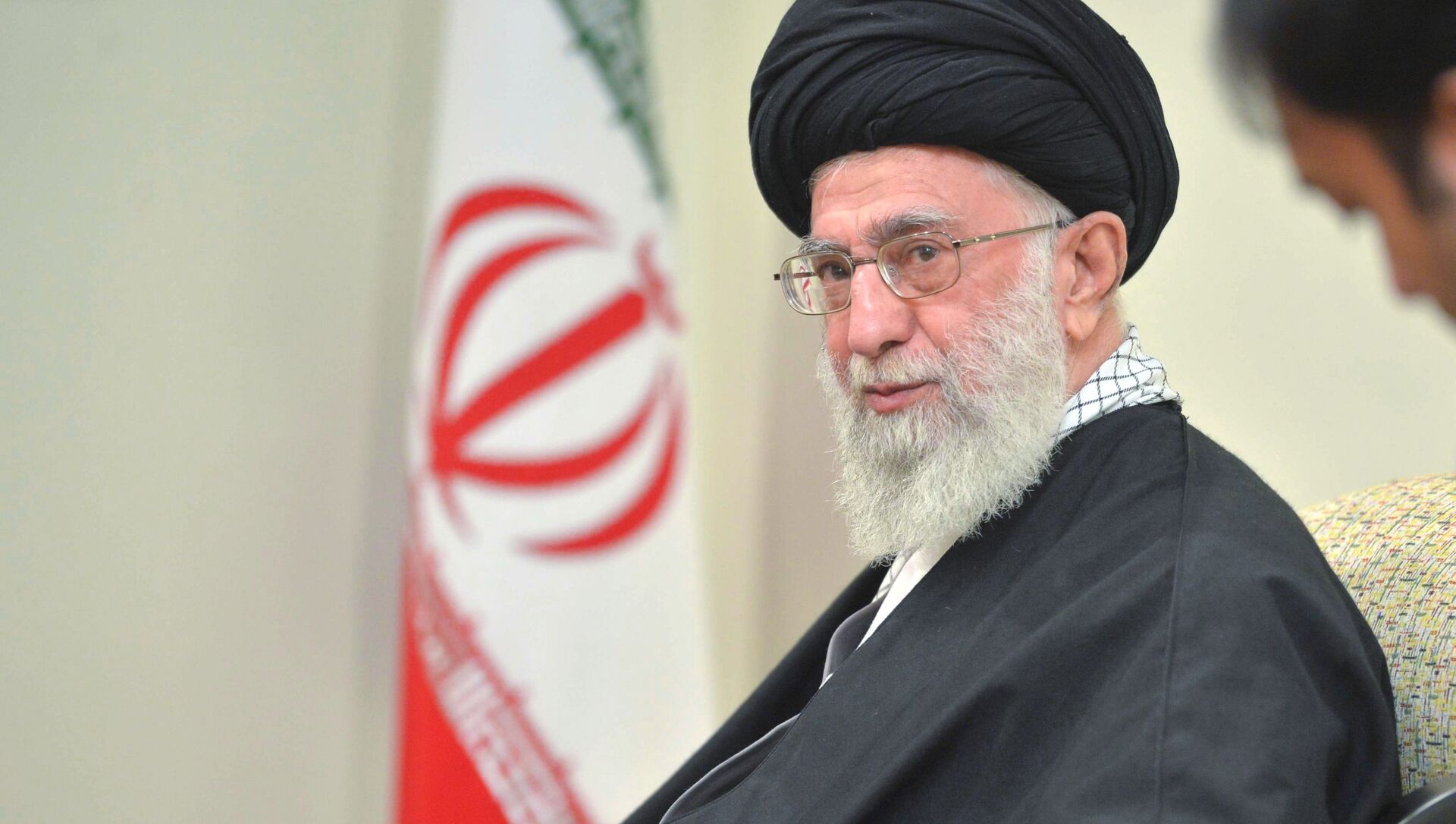 Daria Bedenko
All materialsWrite to the author
Negotiations over the possible reinstatement of the Joint Comprehensive Plan of Action (JCPOA) began in Vienna in April, prompting concerns and opposition from Israel, with Tel Aviv claiming that Tehran poses a threat to the Jewish state and seeks to create nuclear weapons.

On Thursday, the Israeli media outlet Walla reported, citing sources in the military establishment, that the health of Iran's Supreme Leader Ayatollah Ali Khamenei is "deteriorating" due to prostate cancer and this has a "significant effect" on the JCPOA talks with the US, which the ayatollah is "trying to delay".

According to the report, Khamenei opposes the restoration of the JCPOA before the presidential election in Iran to prevent another victory and accumulation of power for the team of the sitting Iranian president, Hassan Rouhani. Rouhani will not take part in the upcoming 18 June presidential election.

The report claims that Washington acknowledges the "tensions between blocs" in Iran and is pushing for the agreement to be signed "with the moderate pragmatic forces" to strengthen their position in Iran and help them during the elections.

This is not the first time that speculation has emerged surrounding the health of the Iranian supreme leader, as, back in 2015 media reports claimed that Khamenei had been hospitalized in "critical" condition and had allegedly been given a life expectancy of just two years.

The reports emerged after Khamenei underwent prostate surgery in 2014, which, according to his Twitter account, was successful. 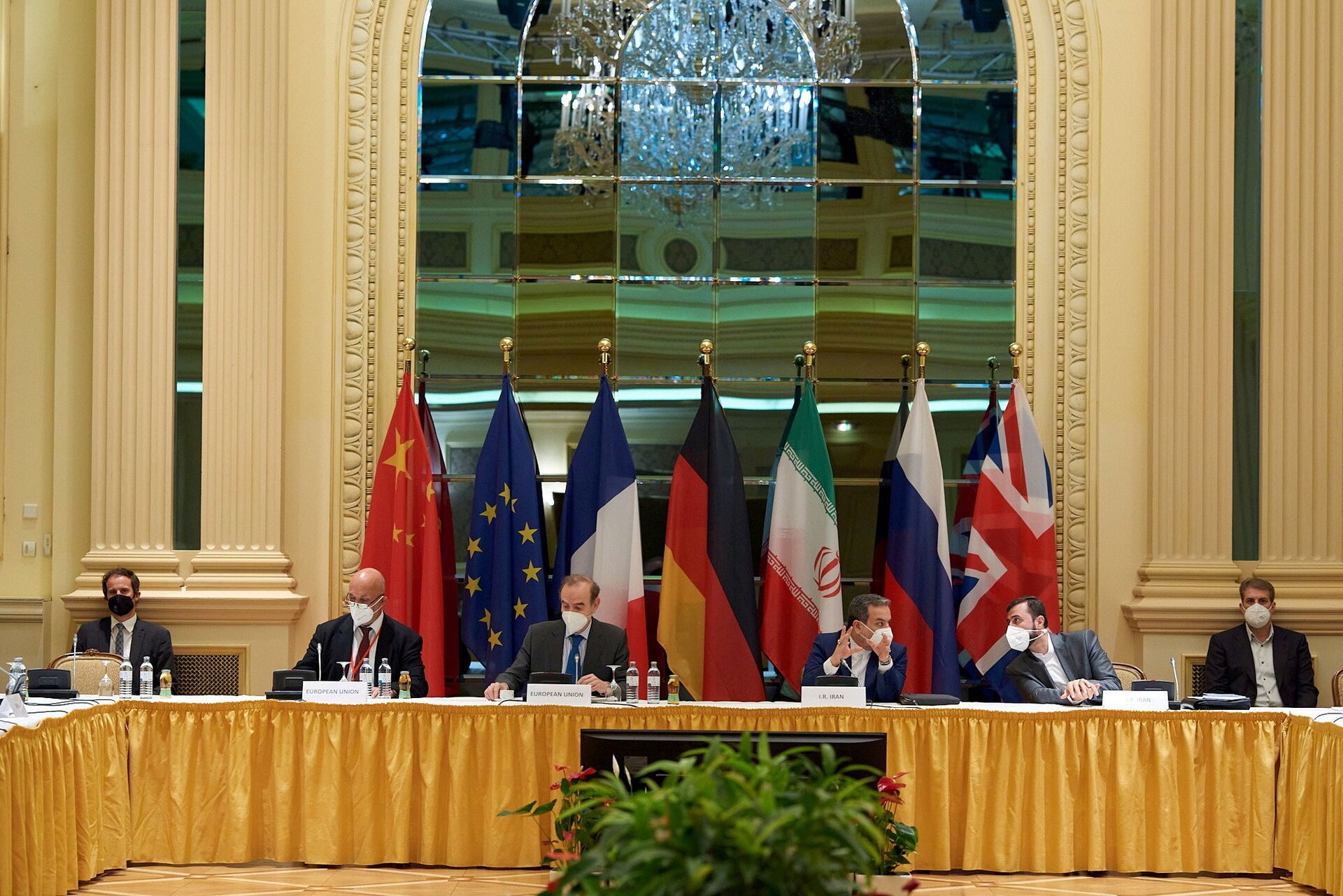 European External Action Service (EEAS) Deputy Secretary General Enrique Mora, Iranian Deputy at Ministry of Foreign Affairs Abbas Araghchi and Iran's ambassador to the U.N. nuclear watchdog Kazem Gharibabadi wait for the start of a meeting of the JCPOA Joint Commission in Vienna, Austria May 1, 2021. EU Delegation in Vienna/Handout via REUTERS ATTENTION EDITORS - THIS PICTURE WAS PROVIDED BY A THIRD PARTY.
© REUTERS / EU DELEGATION IN VIENNA

Following negotiations in Vienna that began in April between the JCPOA signatories regarding a possible reinstatement of the accord, Israel has been voicing opposition to the restoration of the deal.

Earlier in May, US President Joe Biden reportedly met with the head of the Israeli intelligence agency, Mossad, Yossi Cohen, to discuss Iran and the JCPOA talks. According to Walla, Cohen described the Iranian nuclear process as "fraud and deception" aimed to mislead inspectors of the International Atomic Energy Agency and other agencies watching over the Iranian nuclear program.

The reported meeting took place after Iran's Deputy Foreign Minister Abbas Araghchi asserted that the JCPOA parties had agreed on a partial lifting of the sanctions against Iran.

One Israeli lobby group also pushed to ditch the original nuclear deal and called for a broader accord.

“Please urge your senators to sign a bipartisan letter to President Biden... expressing the bipartisan consensus that a nuclear-armed Iran would pose a grave threat to US national security interests and our allies and partners,” the American Israel Public Affairs Committee (AIPAC) lobbying group called on its supporters.

According to Walla, Biden, although expressing gratitude to the Mossad's Cohen for delivering his stance and information on Iran, affirmed his desire to return to the JCPOA agreement.

Talks in Vienna on Washington and Tehran's possible return to the nuclear deal - unilaterally ditched in 2018 by the former US president, Donald Trump, are ongoing. In late April, Iran praised the progress in Vienna, saying that negotiations were "on [the] right track" and pledging to return to nuclear commitments that Tehran had stepped away from after the Trump withdrawal, as soon as US sanctions against the country are lifted.