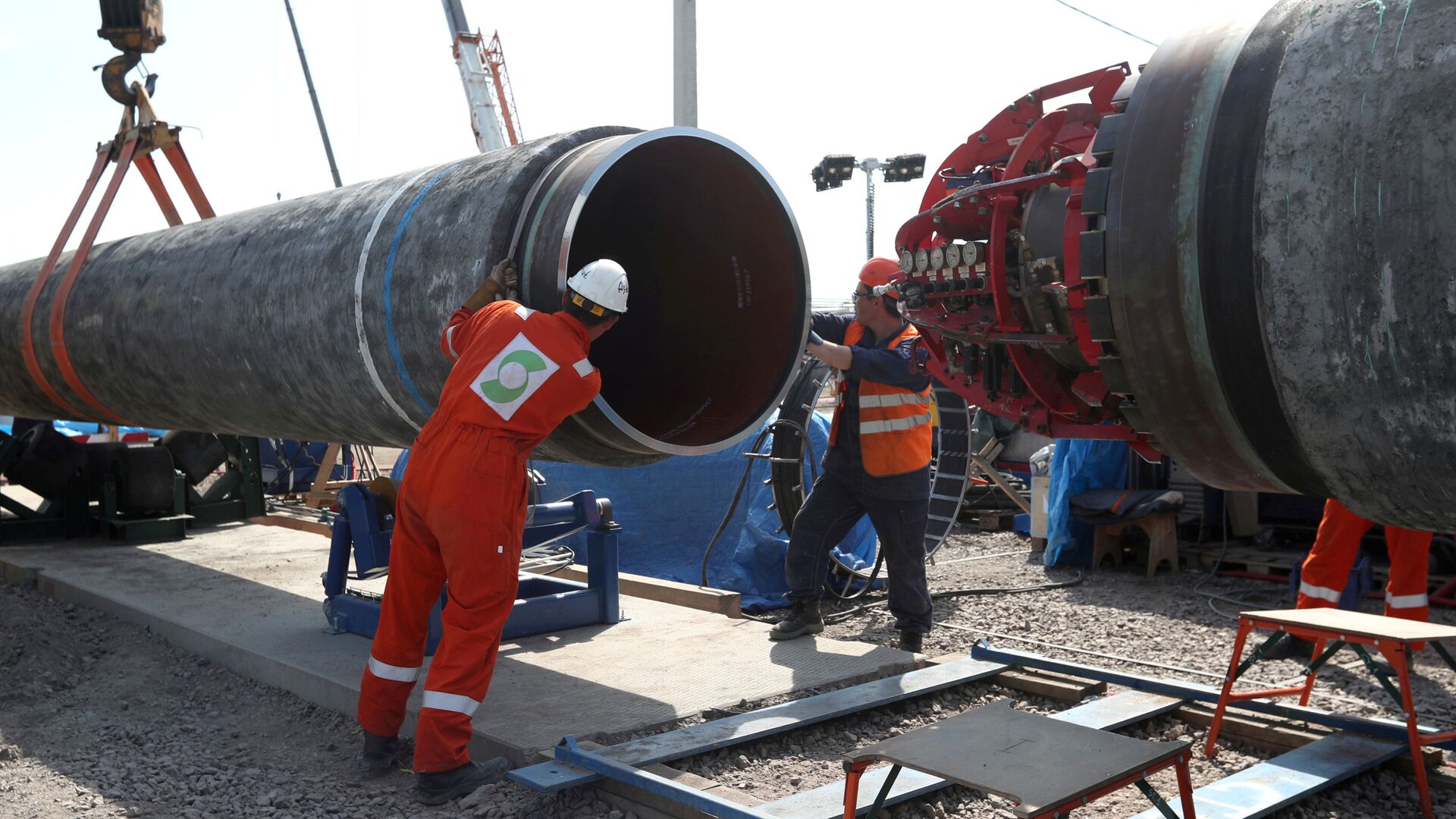 Ilya Tsukanov
All materialsWrite to the author
The energy infrastructure megaproject is over 95 percent complete, with construction initially expected to wrap up by 2020, but temporarily frozen after the US unilaterally threatened “crushing” and “potentially fatal” sanctions against a major contractor involved in construction. Russia has deployed pipelayers to finish the project independently.

Germany and the United States “work closely” in all major areas but “have differing positions on Nord Stream 2,” German Foreign Minister Heiko Maas has said.

Earlier this week, a US State Department spokesman indicated that Secretary of State Antony Blinken raised the Biden administration’s “strong opposition” to Nord Stream 2 in a conversation with Maas on the sidelines of the G7 ministerial meeting in London from 3 to 5 May.

On Wednesday, Chancellor Angela Merkel indicated that Europe and its Transatlantic partners do not share a “common assessment” on Nord Stream 2. The day before, a German regulator told Sputnik that construction of the pipeline network could resume by the end of May, pending the resolution of a lawsuit filed by a local environmental group, which announced on Tuesday that its conflict with the regulator had been “settled” after successfully halting work last month.

Ecologists Who Filed Lawsuit Against Nord Stream 2 Say 'Conflict is Settled', Demand Compensation
Nord Stream 2 is a collaborative effort between Russia’s Gazprom and five major Western European energy companies. About 121 km of the 1,230 km+ pipeline network running along the bottom of the Baltic Sea remains to be completed, 93 km of that in Danish waters, and 28 km in German waters. Work on the project resumed in late 2020, notwithstanding two separate rounds of unilateral US sanctions, which led a major Swiss pipelaying contractor and several insurers and certification companies to pull out of construction.

The US has teamed up with its European partners, including Poland and Ukraine, to try to torpedo the project, with Washington pressuring its allies to buy US LNG supplies instead. Former chancellor and Nord Stream AG board chairman Gerhard Schroeder has suggested that these supplies would be more expensive and less environmentally friendly than the Russian alternative.

Nord Stream 3? Economic Analyst Explains Why Gazprom's Proposal is No Bluff
Germany, the industrial powerhouse of Europe, is most interested in Nord Stream 2’s completion amid its growing energy needs and reduced production of electricity using coal and nuclear power. Some observers have argued that Europe’s growing gas needs indicate that in addition to Nord Stream 1 and Nord Stream 2, a Nord Stream 3 may one day be needed to satiate demand.

In addition to natural gas, Nord Stream 2 will be capable of pumping clean hydrogen – a fuel source Berlin expects to help it replace traditional internal combustion vehicles by 2040.