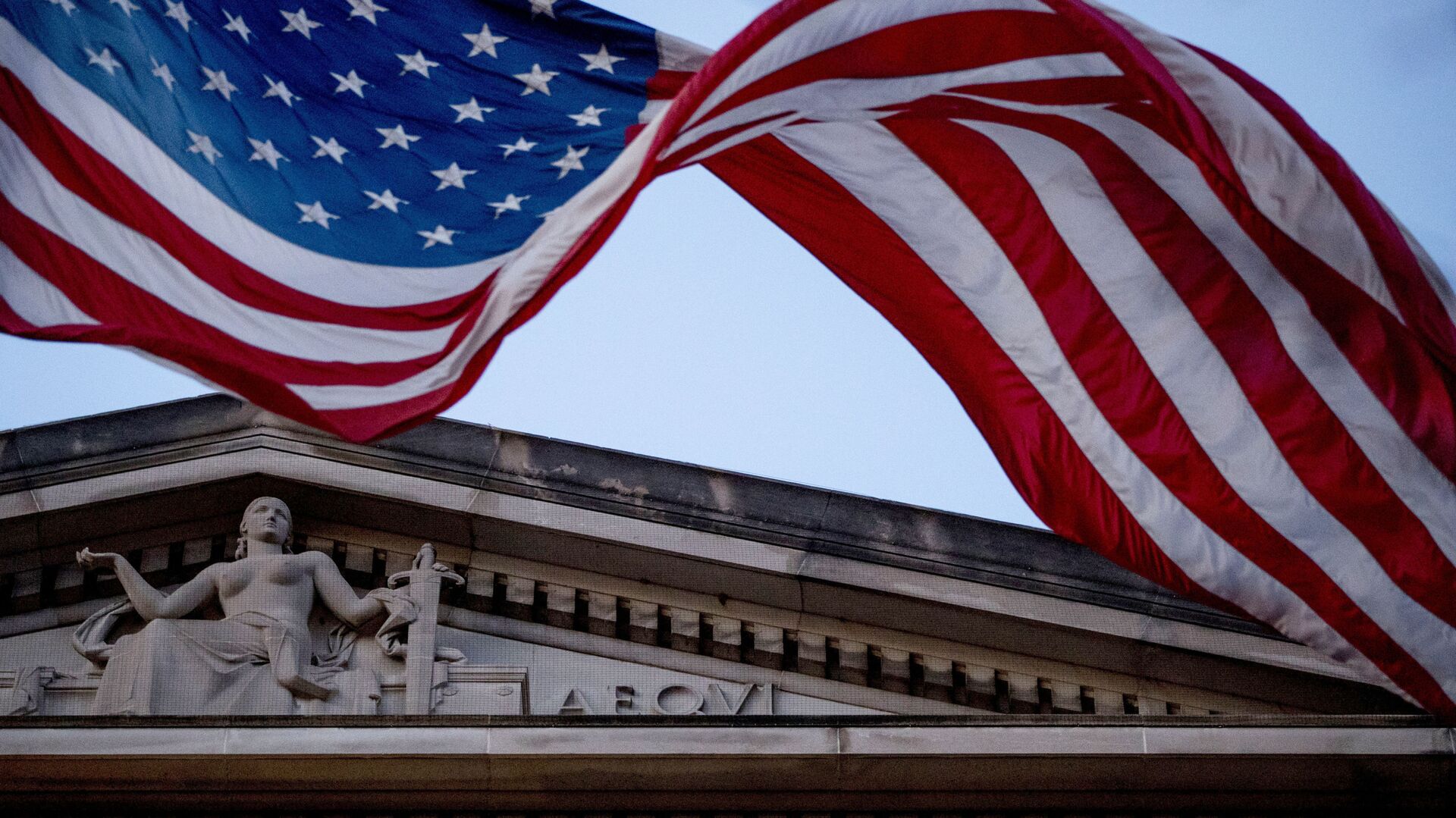 © AP Photo / Andrew Harnik
Subscribe
International
India
Africa
Ekaterina Blinova
All materialsWrite to the author
The Democratic Party is attacking its political opponents on all fronts and becoming a threat to the legal and constitutional protections of Americans, says Dr. Paul Roberts, a US economist and former Reagan administration official.

On 4 May, former Minneapolis police officer Derek Chauvin's legal team filed a motion for a new trial, citing constitutional violations for failing to transfer venue, failing to sequester the jury, prosecutorial misconduct and other violations. The trial was accompanied by riots, Democratic lawmaker Maxine Waters’ calls to convict the former police officer, and President Biden's endorsement of a guilty verdict prior to the jury’s deliberations.

Why Chauvin Didn't Get a Fair Trial

"Chauvin’s trial was a show trial," says Dr. Paul Craig Roberts, an American economist and former assistant secretary of the Treasury for economic policy under President Ronald Reagan. "Chauvin was convicted in the media long before his trial."

The former official draws attention to numerous details which emerged during the trial, in particular, that Chauvin's knee was apparently not on Floyd’s neck but on his shoulder blade; chief medical examiner found no injuries to the black man's neck; Floyd’s blood showed fentanyl levels three times higher than the lethal dose; the African American complained of breathing problems prior to being restrained on the ground; and that just weeks before the arrest, Floyd had a serious overdose problem.

Nevertheless, the evidence was ignored, while the mainstream media, Democratic politicians and Minneapolis authorities, which paid $27 million to the Floyd family prior to the trial, promoted the narrative that officer Chauvin murdered the 46 year old black man.

As anticipated, Derek Chauvin's attorney filed a motion seeking a new trial, alleging misconduct by the judge, prosecutors and jurors. He's also expected to appeal at some point. Chauvin's sentencing is set for late next month https://t.co/rsmG8Af4Rp

​At the same time, the defence witnesses either came under heavy criticism or were intimidated. Thus, Maryland officials launched a review of Dr. Fowler's findings related to any in-custody deaths that occurred during his tenure, from 2002 to 2019. Meanwhile, the former house of use-of-force expert Barry Brodd who testified in Chauvin’s defence was smeared with animal blood, and a severed pig's head was dumped on the house's front porch.

Later one of the jurors, who are supposed to be impartial, admitted that she had "felt" that Chauvin was "guilty", while another one concealed the fact that he had been an active participant of the Black Lives Matter protest last summer in Washington, DC.

One of the jurors who convicted Derek Chauvin of murder answered “no” to questions about attending protests before jury selection. But now it has been revealed he attended a BLM rally last summer led by George Floyd’s family & even wore BLM clothing. https://t.co/66UKHZZRK1

​"When I was young, if the media reported a suspect to be guilty prior to a jury’s finding, it was clear grounds for dismissing the case and releasing the defendant," says Dr. Roberts. "In the decades since, justice in America is no longer a matter of determining innocence or guilt. The function of the justice system is to convict the defendant by hook or crook."

The Chauvin case is not the only example of twisted justice under the Biden administration. On 28 April, the FBI searched the apartment of Donald Trump's former personal lawyer Rudy Giuliani and seized cellphones and computers from him.

The federal agents showed the former New York City mayor a warrant which alleged a violation of the Foreign Agents Registration Act (FARA) for failure to file as a foreign agent on behalf of an unnamed Ukrainian official. According to Giuliani, he and his attorney contacted officials at the US Attorney's Office for the Southern District of New York and offered to provide documents to prove the opposite as recently as on 4 March. However, SDNY officials refused to give him the opportunity to do this.

In Merrick Garland's first 50 days on the job, DOJ has:

​Commenting on the issue, Dr. Roberts says that he agrees with Harvard Law Professor Alan Dershowitz that the highly publicised search of Giuliani’s home was unconstitutional. "Its purpose was to create in the public’s mind an image of Giuliani as a criminal. The FBI conducts these sorts of raids when they intend a frame-up of the person, or want the person to feel threatened and pull in his horns. The 4th Amendment to the US Constitution requires evidence to be collected by a subpoena, essentially a request to deliver the evidence. The FBI is fully aware that Giuliani has committed no offence.”

​According to Dr. Roberts, it looks like the FBI is punishing Giuliani for his defence of President Trump and other falsely accused persons, which is not good for the FBI’s reputation. Last year Giuliani led the Trump legal team's effort to subject the results of the 2020 election in a number of swing states to scrutiny citing election fraud suspicions, but to no avail.

"As Giuliani is a former Associate Attorney General of the US and a former US Attorney, his unconstitutional treatment serves as a warning to all Republicans that they do not have the normal protection of the laws and due process," the former official says. "It is part of the Democrats’ efforts to weaken Republicans and build a one-party state."

GOP is Holding the Line

It appears that the GOP and Republican state officials, or at least some of them, have understood that the Democrats' conduct has become "a direct threat to the legal and constitutional protections", says Dr. Roberts.