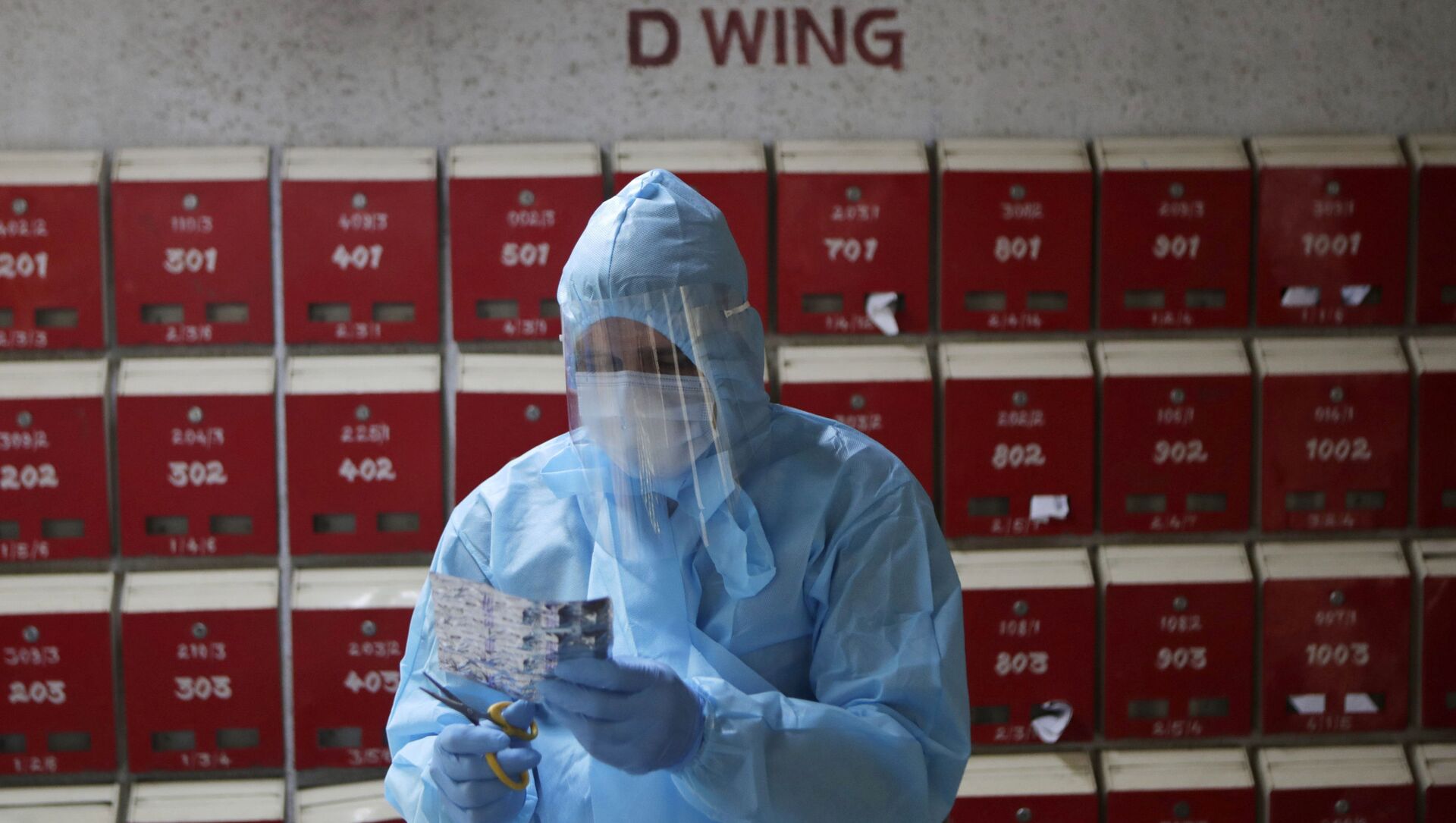 Sangeeta Yadav
All materialsWrite to the author
​Due to a shortage of doctors, nurses, and limited resources, frontline health workers are reeling under the mounting pressure of the second COVID wave in India, which on Thursday reported over 412,262 new cases and 3,980 deaths in the last 24 hours.

Dozens of doctors from Nepal working in India’s top hospital – AIIMS (All India Institute of Medical Science) – have tweeted about not being paid by the government for a year.

This comes after the Resident Doctors Association (RDA) of AIIMS in New Delhi wrote a letter to Prime Minister Narendra Modi regarding 65 foreign doctors who are still waiting for their salaries, despite working long hours through the pandemic.

Not INDIANS but serving us in COVID19 ,risking their lives.
If 65 Foreign National doctors in AIIMS NEW DELHI accept Indian people as their own,what's the issue with AIIMS NEW DELHI.
Zero Salary to such brave hearts????
If other INI pays
WHY NOT AIIMS?@drharshvardhan @PMOIndia

In 2018, Nepalese doctors working in India also went unpaid, which the RDA highlighted in the letter. Back then, PM Modi said the Indian government would look into the matter.

"All of these 65 foreign national Doctors in AIIMS New Delhi, over and above their regular clinical duties are also performing COVID duties since March 2020. They are performing such duties even by putting their own life at risk... They are not being paid a single penny towards a stipend, despite explicit and clear directions in ... July 2018. (sic)," the letter reads.

A total of 151 doctors from Nepal are currently training at AIIMS, PGI in Chandigarh city, and JIPMER in Puducherry.

Several foreign doctors working in different branches of AIIMS in other states of India have also taken to social media to complain about not being paid.

If we are treating Indian patients as our own. Why AIIMS can't accept us as their own?
We foreign nationals at AIIMS Rishikesh also have been working tirelessly in an empty stomach to serve Indian citizens in this EMERGENCY without getting paid a penny.@PMOIndia @drharshvardhan https://t.co/W740M6495m pic.twitter.com/LA1maXgQRy

@PMOIndia @narendramodi @drharshvardhan In this Covid Pandemic, we Nepalese doctor at AIIMS, have left our family to be with your family, have left our comfort, to serve India. In the name of policy we are not getting salary for our work. It has been a year. Please help pic.twitter.com/NNo4evKvfl

Same here with us at AIIMS Rishikesh, please listen to our genuine plea after serving the community in this PANDEMIC 🙏@PMOIndia @MoHFW_INDIA @drharshvardhan https://t.co/zSdXGWROsY

Scores of netizens have posted their support for the doctors on social media and have urged the government to pay up as soon as possible.

Strongly appeal to the govt. foreign nationals are sweating it out during the pandemic . They are Covid warriors without pay !

Doing covid duty at this hour need mental guts more than physical torture. There is no reward for health care worker atleast give them what they generously deserve. It should be there right. Shame on administration if they're giving second thoughts in this

@Swamy39 dear sir.. plz help these doctors to get their salary.. you always raise the voice of common man.. and fight for their rights.. plz help https://t.co/5DzBBkMnjz