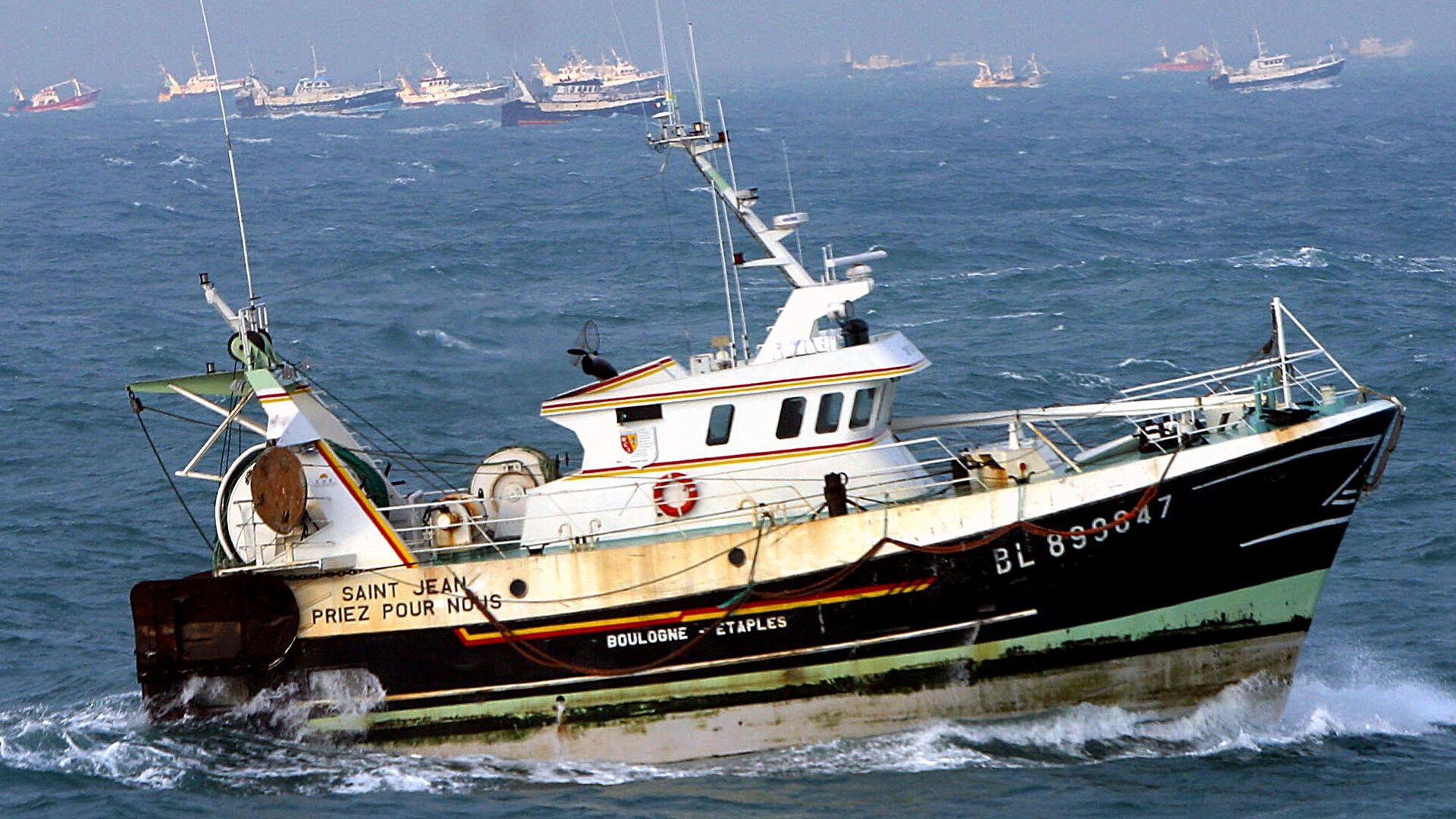 © AP Photo / MICHEL SPINGLER
Subscribe
International
India
Africa
France has seen unrest at English Channel ports by fishermen angry at their loss of rights in British waters following the end of the post-Brexit transition period. Some set up burning barricades at Boulogne-sur-Mer in late April to stop lorries carrying imported fish from the UK.

The British government and that of Jersey have condemned French threats to cut off power to the self-ruled island over a post-Brexit fishing row.

Jersey's Foreign Affairs Minister Ian Gorst hit back at French Minister of the Sea Annick Girardin on Wednesday after she tried to intimidate the Channel Island bailiwick 14 miles (22 km) off the coast of Normandy over a delay in issuing licenses to just 17 French fishing boats.

"It is not the first threat that France has made," Gorst stressed, pointing out that hold-up was simply down to fishermen failing to provide information on their historical catches in the waters.

He blamed the "confusing" post-Brexit trade deal negotiated between the UK and European Union last year for the impasse.

Downing Street also weighed into the row on Jersey's side.

"To threaten Jersey like this is clearly unacceptable and disproportionate," a British government spokesman said, adding: "We trust the French will use the mechanisms of our new treaty to solve problems."

"We absolutely respect the historic rights of French fishermen to fish in Jersey waters as they have been doing for centuries," he insisted, but pointed out that under the post-Brexit trade deal all fishing vessels have to provide figures for their catches in the past three years to obtain licenses.

"We can all see that this is not the first threat that the French have made, either to Jersey or the United Kingdom, since we're into this new deal," the Spokesman said. "The trade deal is clear that when fishermen provide the evidence, we will provide the licences."

Warning for French Fishermen? Five UK Warships Deployed to Channel After Brexit Deal Enters Force
Two weeks earlier French fishermen set up burning road barricades at the port of Boulogne-sur-Mer near the Dover Strait to block lorries carrying fish imported from the UK, in protest at their loss of fishing rights in British waters since the post Brexit transition period expired on December 31 2020.

The final stretch of talks that sealed the deal that has enraged French fishing communities were held between British Prime Minister Boris Johnson and European Commission President Ursula von der Leyen, a German. That was after negotiations with the Commission's chief negotiator, Frenchman Michel Barnier, repeated stalled over issues including fisheries.

Jersey Electricity reassured anxious islanders that the French threat would not result in a blackout.

"Following enquiries from our customers regarding the French fishing dispute, JE can reassure customers that in the unlikely event electricity supplies from France are disrupted, La Collette Power Station and Queens’ Road has capacity to supply Jersey’s electricity requirements," the utility said in a statement.

Like the Isle of Man, the Channel Islands are not part of the United Kingdom but are self-governing Crown dependencies — and well-known as tax havens due to their independent fiscal policy-making powers. Two French attempts to invade the islands in the 18th century failed, but they were occupied by Nazi Germany during the Second World War.