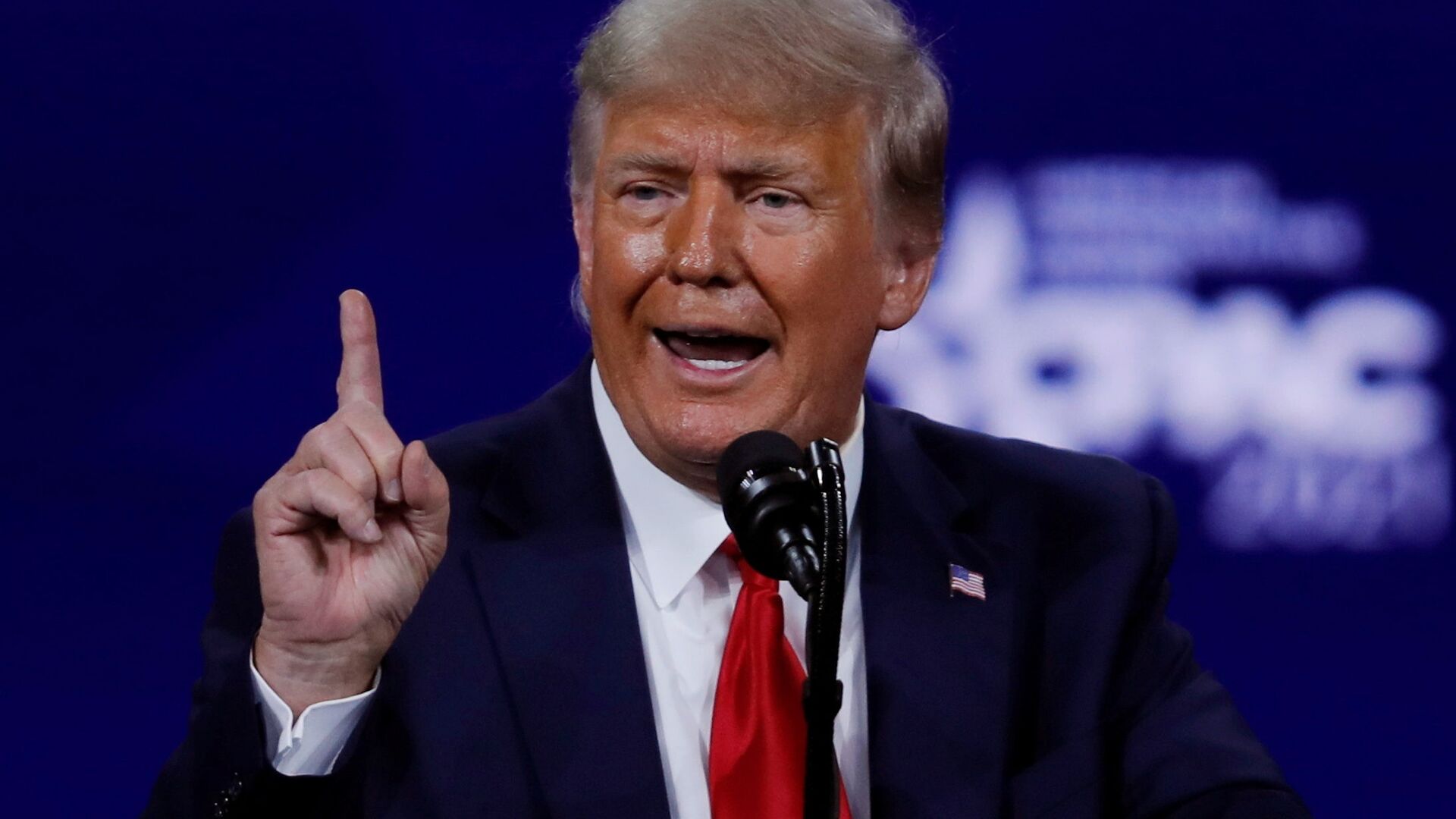 Tim Korso
All materials
Earlier in the day, Facebook's Oversight Board decided to uphold a ban on Donald Trump's account on the social media platform that was introduced in January following the Capitol riot.

Former US President Donald Trump has blasted Facebook, Twitter, and Google for banning him from their platforms, labelling their actions "a total disgrace and embarrassment". He called the trio "corrupt social media companies" and insisted that they must pay a "political price" for what they did.

"Free Speech has been taken away from the President of the United States because the Radical Left Lunatics are afraid of the truth, but the truth will come out anyway, bigger and stronger than ever before. The People of our Country will not stand for it! These corrupt social media companies must […] never again be allowed to destroy and decimate our Electoral Process", Trump said.

The ex-president lashed out at the social media giants following a decision by Facebook's Oversight Board to support the platform's decision to suspend Trump's account back on 7 January. The board claimed that Trump’s posts posed "a clear, immediate risk of harm" and "legitimised [the] violent actions" of the rioters who stormed the Capitol on 6 January.

At the same time, the board criticised Facebook for slapping Trump with an "indefinite" suspension, pointing out that no such thing is mentioned in the rules of the social media platform. The oversight body stated that Facebook must decide the fate of Trump's account within six months in accordance with its own rules.

"This penalty must be based on the gravity of the violation and the prospect of future harm. It must also be consistent with Facebook’s rules for severe violations, which must, in turn, be clear, necessary and proportionate", the board said.

Facebook promised to determine the future of Trump’s account before the deadline, but noted that until that date it will remain suspended. The social media platform will have to either unsuspend or permanently ban the former president's account.

Within 6 months of today, Facebook must review this matter and decide a new penalty that reflects its rules, the severity of the violation, and prospect of future harm. Facebook can either impose a time-limited suspension or account deletion.

Trump has repeatedly decried his suspensions and bans on social media platforms such as Twitter, Facebook, and YouTube as attempts to silence him and attacks on free speech in America. He has called on his followers to abandon these platforms and vowed to launch his own to continue to communicate with his supporters.

He delivered on this promise on 4 May, launching the website "From the Desk of Donald J. Trump", where he is now posting comments about events in the country and beyond. While the website is not a social media platform per se and does not allow communication between its users, it enables Trump's followers to repost his messages to Facebook and Twitter, where the ex-president is banned or suspended.

The social media platforms, which had been marking many of Trump's messages as fake or misleading since the 2020 election campaign, justified the bans by the need to prevent him from posting unsubstantiated claims about election fraud. The ex-president has repeatedly alleged the bans were orchestrated by the Democrats in cooperation with the Big Tech. Donald Trump's statements were largely blamed for triggering the Capitol riot on 6 January, which left several people dead and delayed the certification of the 2020 election results. The ex-POTUS denies the claims, pointing out that he was among the first to condemn the protesters’ violent actions on that day and that he had never called on them to attack the Congress building.