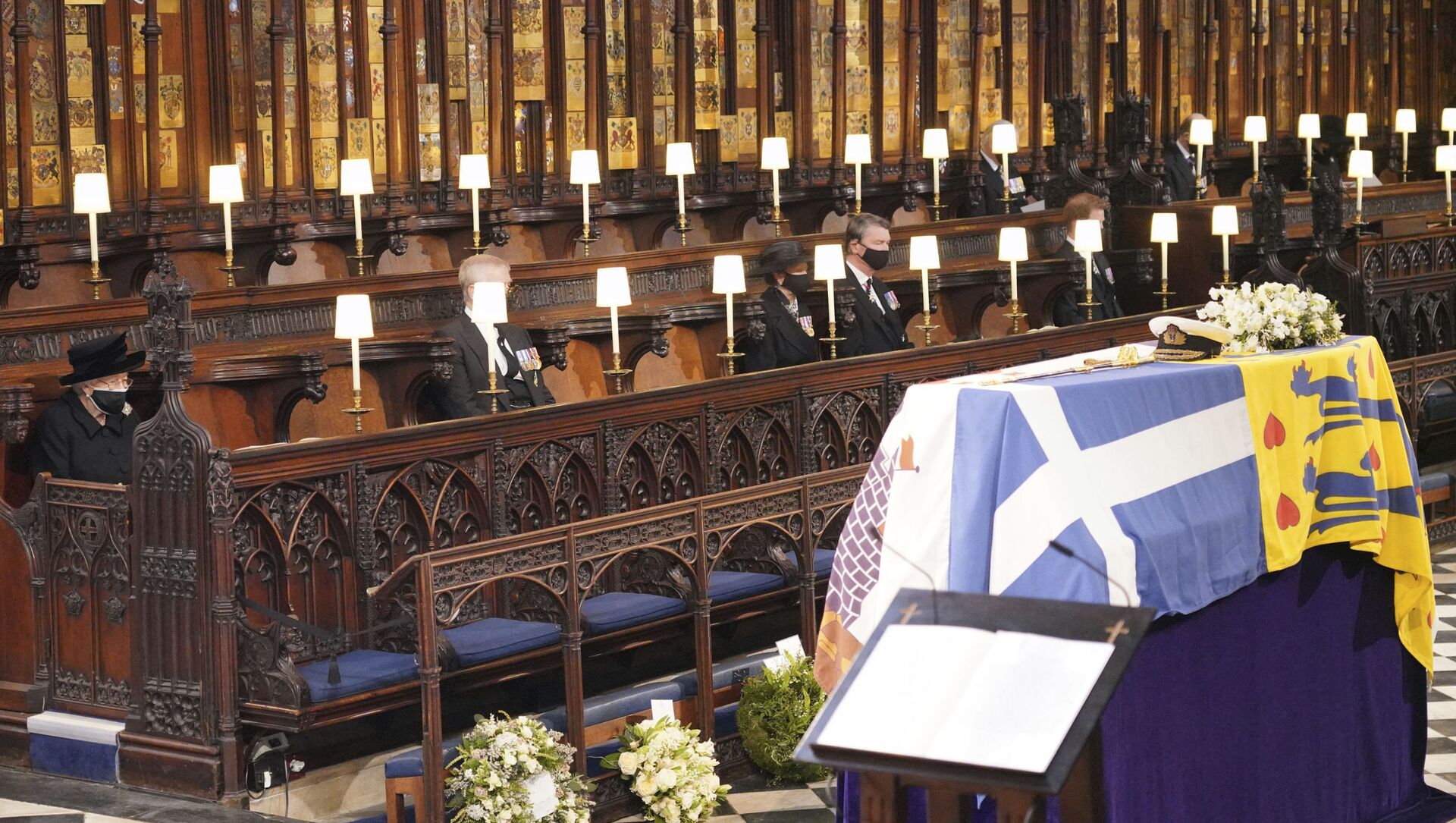 © AP Photo / Jonathan Brady
Subscribe
International
India
Africa
MOSCOW (Sputnik) - The official cause of Prince Philip's death has been listed as "old age", The Telegraph reports citing the death certificate, which suggests the Duke of Edinburgh did not have any identifiable disease or injury that contributed to his death.

Prince Philip, Queen Elizabeth II's husband and the longest-serving consort of any British monarch died on 9 April at Windsor Castle at the age of 99. Buckingham Palace said he passed away "peacefully" but did not provide any other specific details on his death.

The Telegraph reported on Tuesday that Prince Philip's death was certified by Sir Huw Thomas, the head of the royal medical household who declared the cause simply as "old age". The death certificate suggests that nothing else contributed to the death, including the heart surgery that the Duke of Edinburgh received weeks before he died.

Prince Philip Dies at the Age of 99

According to The Telegraph, Prince Philip's death was registered with the Royal Borough of Windsor and Maidenhead by his private secretary, Brigadier Archie Miller-Bakewell, on 13 April.

The Duke of Edinburgh's funeral took place in Windsor on 17 April.

A royal source told the New York Post that Prince Philip wanted to die peacefully in the comfort of his own home, not in a hospital bed — a last wish that came true on 9 April. According to UK media reports, the Queen was at her husband's bedside when he died, just months before his 100th birthday in June. They had been married for 73 years.