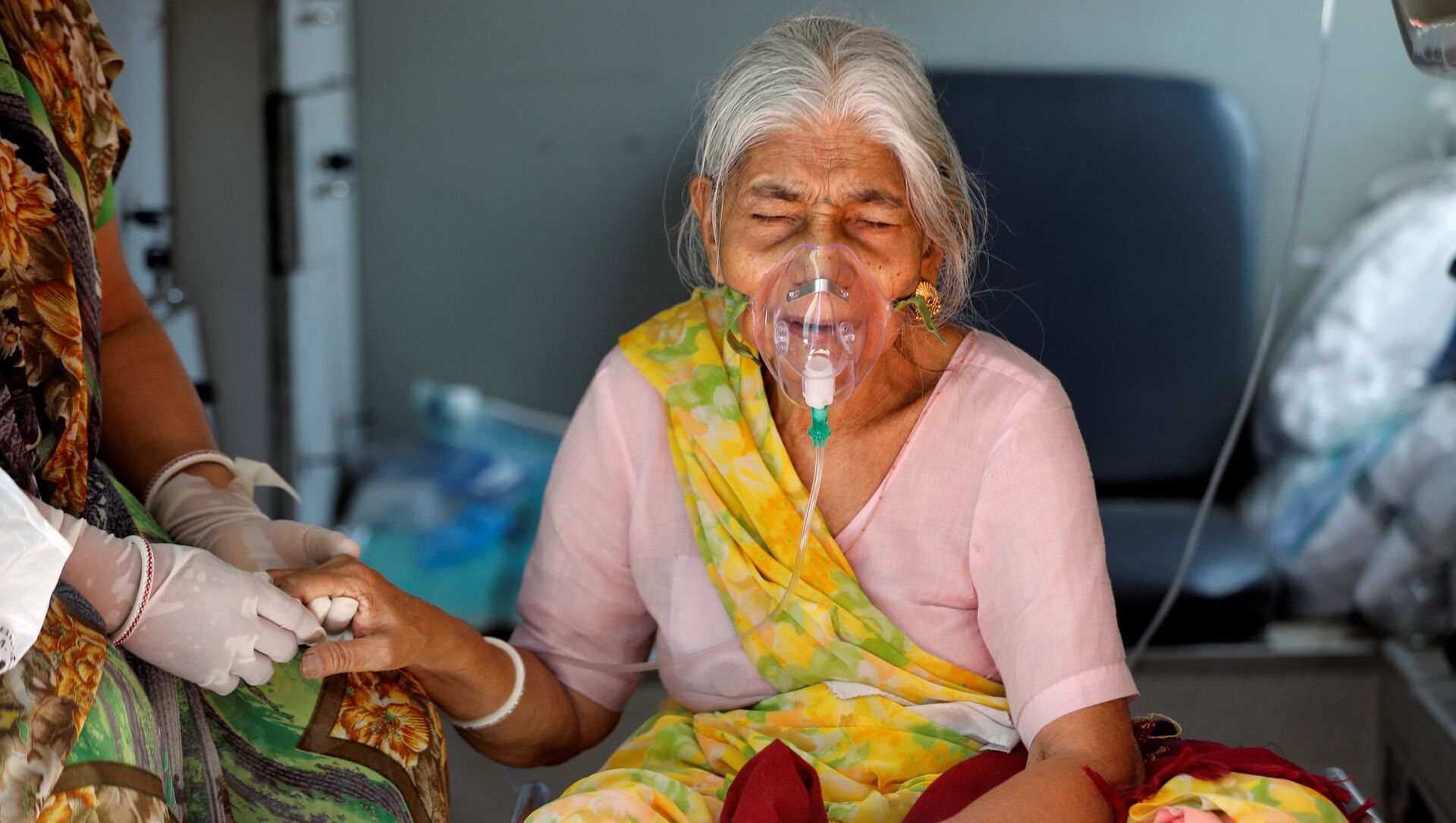 Radhika Parashar
All materialsWrite to the author
A 21-year-old man from Delhi, Piyush Singh had to find a taxi and take his COVID-positive mother to her hometown, 14 hours away from the Indian capital two days after losing his father to the virus. Singh was watching his mother's oxygen drop below 90, but was unable to find an oxygen cylinder in Delhi.

The Allahabad High Court has accused Indian authorities of being responsible for a "genocide" over its "failure" to ensure a robust oxygen supply chain to COVID facilities.

Calling it a "criminal act", the court ordered an investigation into a number of news stories claiming that patients have been dying due to the lack of oxygen in the hospitals of Lucknow and Meerut in Uttar Pradesh (UP), NDTV reported on Tuesday.

"We are in pain at observing that deaths of COVID patients just for the non-supply of oxygen to hospitals is a criminal act and nothing less than a genocide by those who have been entrusted with the task to ensure a continuous procurement and supply chain of liquid medical oxygen. How can we let our people die this way?", the court noted.

The second COVID-19 wave has bashed India brutally. The number of daily cases dramatically surged practically overnight, and several states introduced night curfews and partial lockdowns for some cities to contain the spread of the virus. While smaller Indian cities began taking precautions earlier, large cities like Mumbai, Delhi, and Bengaluru are currently severely affected, with patients reeling under the stress of finding hospital beds with oxygen and medicines.

For at least ten days, social media in India has been flooded with emergency requests from people asking for contacts of oxygen vendors. Several hospitals in Delhi, including large facilities like Fortis and the Jaipur Golden Hospital, had to send #SOS signals on Twitter over their rapidly depleting oxygen quota to draw the government's attention to the plight.

"My father was completely fit and fine for his age, he'd go on walks, take care of us and never had any major health issue trouble him until he caught the COVID infection. One moment he was here, chilling with us and the next minute he was breathless. We kept trying relentlessly, but could not arrange for one oxygen cylinder in Delhi. I helplessly watched my father take his last breath before my eyes", Piyush Singh, a college student residing in the Rohini area of Delhi, told Sputnik.

After Oxygen Shortage, Many Hospitals in Delhi to Reduce Beds, Stop Admissions
Recalling his dreadful experience from last week, Singh noted that when he rushed his father to the emergency unit of a neighbourhood hospital, they were told the facility was overcrowded and had no extra oxygen provisions or beds to accommodate more patients.

"Some oxygen vendors that I called up asked me to wire them between INR 30,000 ($405) to INR 50,000 ($675) for one cylinder that lasts about 30 hours. By the time I arranged that kind of money from my ailing mother and reltives, my father was gone. It was later when I found out that several people were selling oxygen cylinders for higher prices on the black market... [They are] earning money but at what cost?", Singh added.

In the last five days, 25 flights loaded with 300 tonnes of emergency COVID-19 relief supplies from around the world have landed in India's capital. The supplies include 5,500 oxygen concentrators and 3,200 oxygen cylinders, according to the Delhi Airport spokesperson who revealed the information to the Indian media.

Despite these arrivals, Delhi's hospitals are still short of oxygen. ​

"As far as I know, we have not received anything so far", Dr Nutan Mundeja, director general of health services with the Delhi government told local media.

Oxygen Cylinder urgently needed for a critical patient in South Extension in Delhi. Any EMERGENCY LEADS?

This is needed ASAP in Haryana and in Delhi NCR.@TheHinduComment , @the_hindu ,
Can I request The Hindu Business Line to if possible share contact information of the relevant person at Banas Dairy, Gujarat, the cooperative that built an Oxygen unit in 72 hours.@rajeshramand https://t.co/2WHA6o72OH

Amid the devastating second wave of COVID, the Supreme Court has shown an inclination towards imposing a complete national lockdown to contain the infection.

The top court in an order, released on 3 May, also asked the central and state governments to collaborate and create a buffer stock of oxygen to ensure supply lines continue to function even in unforeseen circumstances while decentralising the location of the emergency stocks.