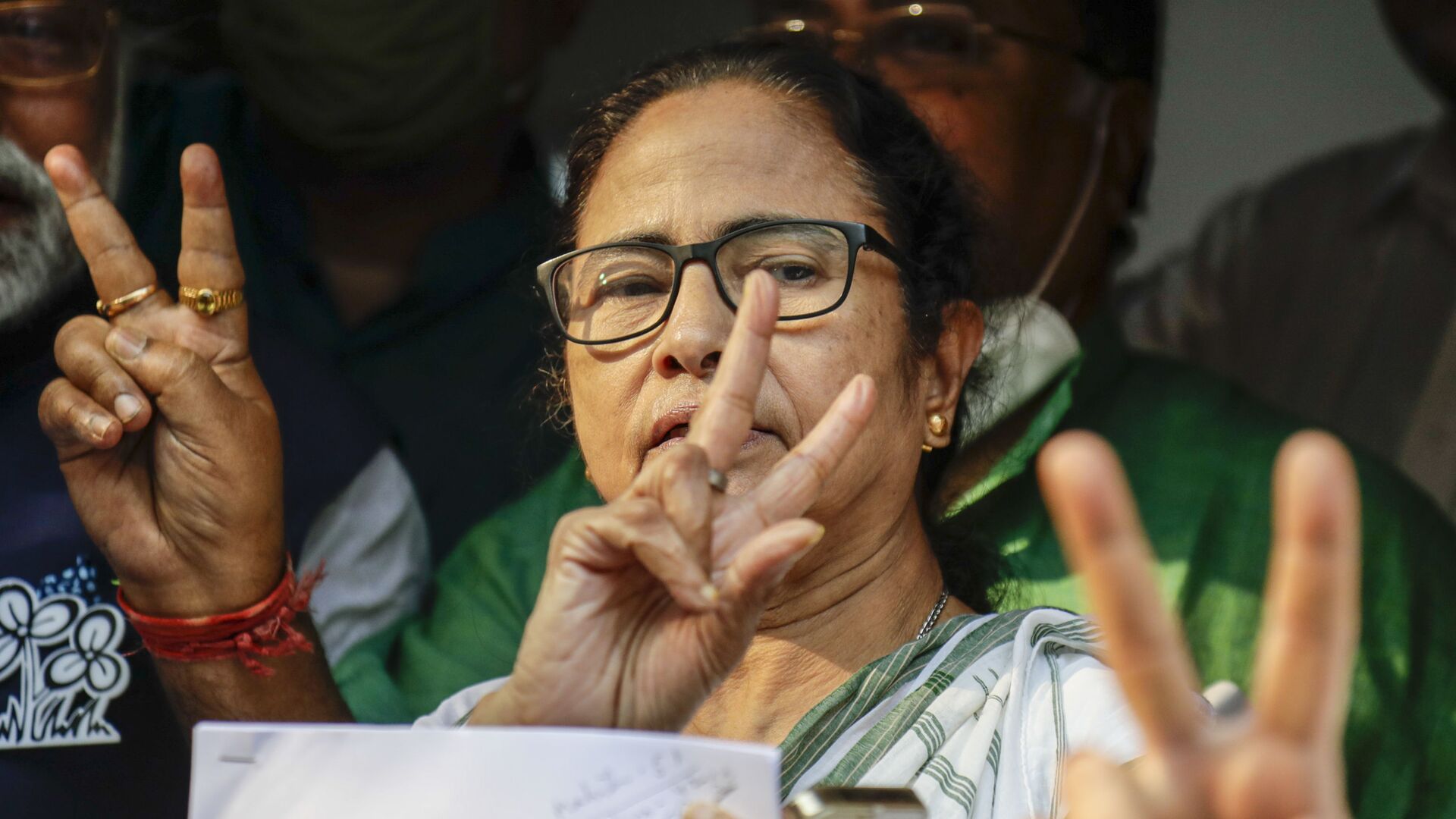 Advitya Bahl
All materialsWrite to the author
Amid the pandemic, four Indian states and one union territory — Assam, West Bengal, Kerala, Tamil Nadu, and Puducherry — held assembly polls in different phases from 27 March to 29 April.

Trinamool Congress (TMC) supremo Mamata Banerjee on Wednesday took the oath of office as the state chief of India's West Bengal for a third consecutive term after a massive victory in state assembly elections.

The swearing-in ceremony, organised at the Raj Bhavan (governor's office), was a low-key programme due to the ongoing COVID-19 pandemic. Prime Minister Narendra Modi congratulated Banerjee on taking the oath as West Bengal's state chief.

​After being sworn in, Banerjee said her first priority will be to tackle the COVID-19 crisis.

While taking note of the widespread violence in the state after the election results were announced, Banerjee stated that her second priority is to tackle law and order in the state.

"For the last three months, the state was under the Election Commission and I did not have much say. There was a lot of inefficiency in the state system during this time. I appeal to all political parties to refrain from any sort of violence. I will be posting special officers to handle the situation… We will handle the situation sternly", she said.

On Sunday, soon after the results of the assembly election were out, with TMC grabbing 213 of the 292 seats available, the state's Bharatiya Janata Party leaders alleged that many party workers were killed, raped, brutally assaulted, and their houses were set on fire across the state. They accused the TMC of carrying out the attacks and alleged that police are not doing anything to provide them with protection.

Concerned over incidents of brutal violence, West Bengal's Governor Jagdeep Dhankhar said, "Our first priority is to bring an end to the senseless, horrendous post-poll violence...I have every hope that the chief minister on an urgent basis will take all the steps to restore the rule of law. I have every hope that the chief minister, my younger sister, will rise to the occasion".

Indian Prime Minister Narendra Modi on Tuesday called the governor and inquired about the "alarming situation" in the state after incidents of killings, arson, looting, rape, and vandalism were reported from various parts of Bengal.